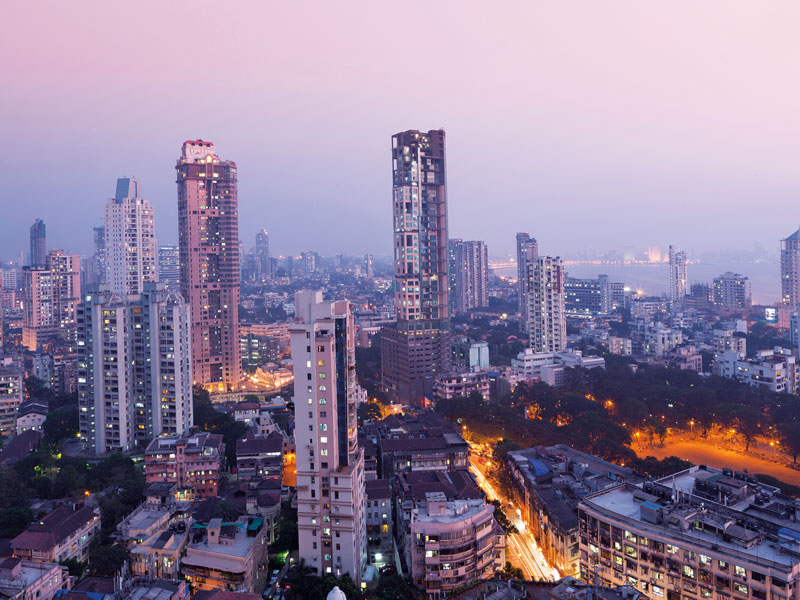 Major urban centres, like Mumbai, are experiencing the largest and fastest shifts away from industrial specialisation

When the United Kingdom became the first country in the world to undergo large-scale urbanisation in the 19th and early 20th centuries, the process transformed its economy and society.

Today, India is facing a similar transformation, only it is happening at 100 times the pace. By 2030, India’s urban population will reach 600 million people, nearly twice the size of America’s.

For India, rapid urbanisation is vital if the country is to take full advantage of the demographic dividend afforded by its young population. With 12 million more people joining the country’s labour force every year, the potential of that dividend is huge.

For all of its benefits, however, rapid urbanisation also poses enormous challenges, from managing congestion and pollution to ensuring that growth is inclusive and equitable.

As a latecomer to urbanisation, India will benefit from technological innovations – including digital technologies, cleaner energy, innovative construction materials and new modes of transport – that will enable it to leapfrog some of its more developed counterparts.

But taking advantage of those technologies will require effective policies, including smart infrastructure investments and measures to make cities more competitive, particularly in modern industries.

A competitive conundrum
Making its cities more competitive will require India to decide whether to emphasise specialisation, with an industry concentrated in a particular city, or diversification, with each city home to a range of industries, roughly in line with the national average. This is no easy choice: the debate over which approach is better has been raging for nearly a century.

In 1991, around the time India’s economic liberalisation began, the country’s cities tended toward specialisation. But, in recent years, there has been a notable shift towards diversification, with some major urban centres, like Mumbai and Bengaluru, experiencing the largest and fastest shifts away from specialisation.

Of India’s 600 districts, those that remain the most specialised are Kavaratti (water transport), Darjiling (paper products), Panchkula (office accounting and computing machinery) and Wokha (wood products).

Choosing diversification
Though India’s specialisation levels were much higher than those in the US in the early 1990s, the two countries have converged over time. All of this suggests that, as technology continues to advance, so will diversification – a trend that will shape future urbanisation patterns in India.

And there’s more good news: the strongest job gains due to diversification are occurring in rural areas and among small enterprises, suggesting that India’s urbanisation can bring inclusive growth and prosperity. Evidence also shows that high growth rates, which support poverty reduction, are concentrated in the rural areas of particular districts.

Taking full advantage of these positive trends, however, will require India to boost infrastructure investment. Despite a slowdown in the manufacturing sector’s growth – a trend mirrored in much of the world – urbanisation has continued to accelerate in India, especially in districts with access to better infrastructure.

In the developing world, a billion people lack access to electricity and roads, and more than half a billion lack reliable access to safe drinking water. Addressing these deficiencies is critical to development – and India is no exception.

Access to better infrastructure will enable millions more entrepreneurs to benefit from the country’s urban awakening. The key to success will be to improve the efficiency of public spending while attracting more private investment.

Local leadership
There is certainly an economic incentive for private parties to channel their money towards developing-country infrastructure. After all, high-income countries, where populations are ageing rapidly, often have an excess of savings ready to be allocated to high-yield investments. Lower-income countries, with younger populations and large infrastructure needs, provide just such opportunities.

As it stands, however, less than one percent of the $68trn managed by pension funds, life insurance companies and others are channelled toward infrastructure projects. And, given the low-risk appetite among investors, not to mention the small size of city-level projects, municipal governments will struggle to raise that share.

But it isn’t impossible. What is needed is visionary leadership at the local level, with municipal governments identifying infrastructure projects that promote entrepreneurship, increase their cities’ competitiveness and promote regional development by strengthening urban-rural connectivity.

Those governments should also leverage their assets, including land, mobilise user revenue and modify financial regulations and incentives to increase investors’ risk appetite.

Add to that greater technical and financial capacity, and it would become much easier to attract the needed private funds and build partnerships benefitting India’s urban transformation.

India has all of the tools it needs to advance its urbanisation process in a way that promotes inclusive and sustainable growth. It must use them wisely.