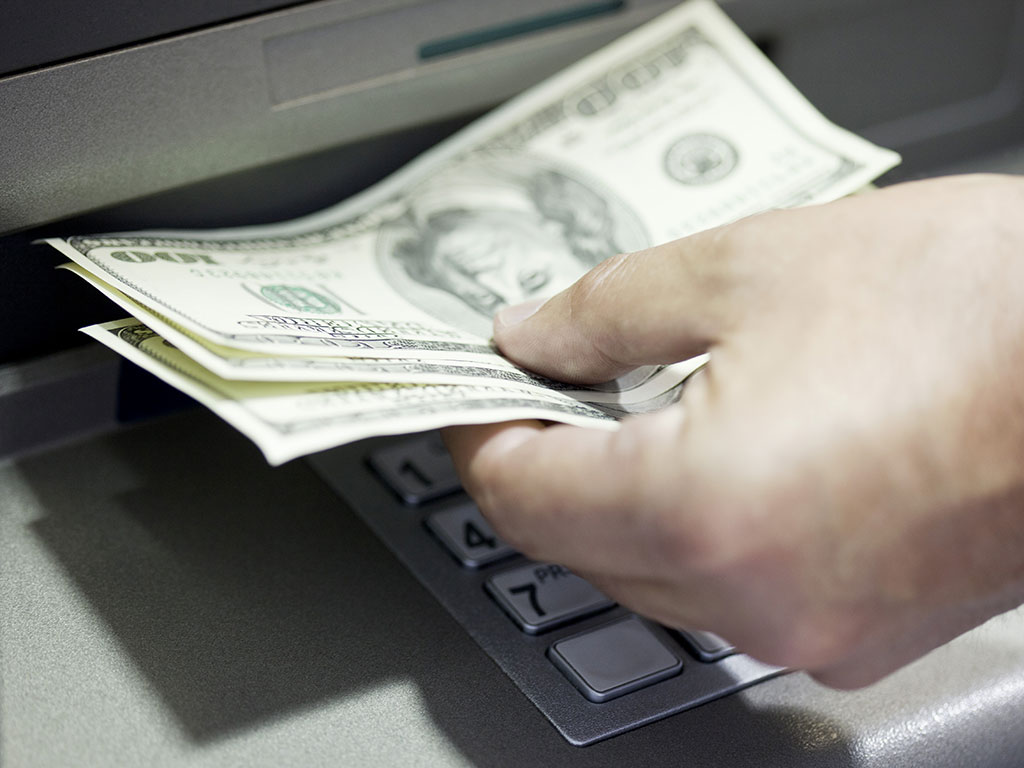 Going abroad presents plenty of hurdles to intrepid travellers like myself: cultural differences, language barriers, unfamiliar climates and barely edible food are just some of the obstacles that can make leaving the familiar borders of your home country seem like a form of enforced exile.

While having to acclimatise oneself to the difficulties of a new location is obviously arduous, the task can be made easier – as with most problems in life – with money. Indeed, the one universal language that can get you out of any fix is cold, hard cash.

But in a supposed effort to stop overseas fraudsters from siphoning money from customer’s pockets*, banks have placed all manner of digital tripwires around accounts. So efficient are these security measures that it seems the mere suggestion that a bankcard might potentially cross over a national border will set alarm bells ringing and put a block on any attempt to withdraw money.

Seeing the red mist
Sometimes it takes mere moments from stepping off of a plane for the money woes to begin. Recently, after a tortuous 12-hour flight from London to Los Angeles, where all attempts at sleep were impeded by an elderly woman’s apparent amazement with the touchscreen entertainment system residing in the back of my seat, I was understandably desperate for a very strong coffee. Off I rushed to the nearest airport café to obtain the much-needed cure to my sleep deprivation – only to be told upon trying to pay that my card had been declined.

Panicking, I rushed to an ATM to try and get some cash out. No such luck. Instead, I was informed by a helpful notification that a block had been put on my card, and I was to call my bank immediately. Unfortunately for me, I was 5,437 miles away from home, and so the phone call would likely be quite expensive.

Around half an hour of listening to turgid hold music went by before finally someone at my bank deigned to pick up the phone. Thus began the tedious process of the security questions. Each drawn out question added further expense to my overseas call, but the employee was determined – until eventually, the crucial question came: “Sir, are there any large purchases you’ve made with this card in recent weeks?”

“As a matter of fact, yes,” I replied. “I bought an £800 airline ticket to Los Angeles. Where I am currently calling you from.”

“Ah yes, sir. Very good. I’ll lift the ban right away”, came the chirpy response. “Now, may I please ask how useful you found this call and if there’s anything else I can help with?”

Attempting to contain my rage, I responded, “Yes – maybe you can reimburse me the small fortune I’ve wasted on this phone call?”

A bit of common sense
Obviously, the purpose of such stringent security is to prevent a traveller from being defrauded, but in this highly globalised world, it is somewhat baffling that banks are so surprised when people decide to travel abroad.

So that people are at the very least able to enjoy a coffee after a long and tedious flight, banks should perhaps monitor what the money is being spent on. A coffee and a taxi from the airport: fine. A $20,000 bar tab in another country: considering a journalist’s salary, quite clearly not.

I fully appreciate that organised people would have exchanged some cash into the local currency before departing in order to avoid such problems, but us incompetent folk are many – and we deserve to enjoy our holidays just like anyone else.

*Shortly after this article was published, the author had £900 siphoned from his account by someone in Puerto Rico, somewhere he’s never been. He would like to thank Barclays for reimbursing him and praise it’s security measures that detected the fraud.