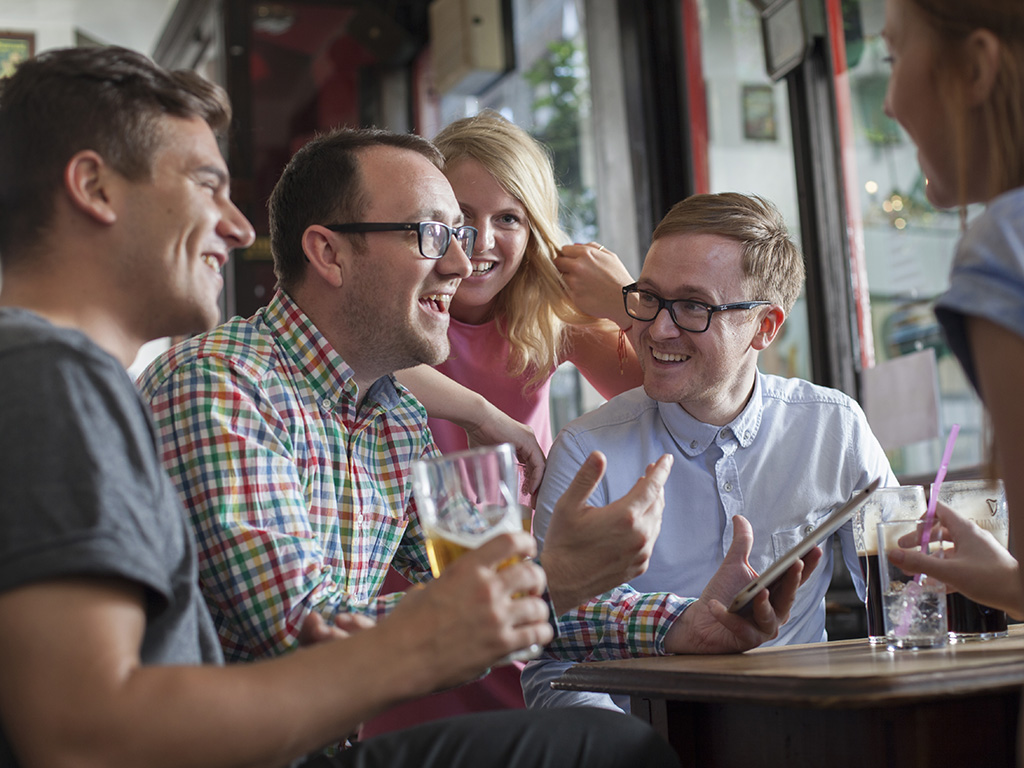 When you decide to move abroad permanently, one of the major differences that you may notice is how people of different nationalities socialise. Even in other English-speaking countries, the shift from what you’ve been used to your whole life can take a little getting used to. Elaine Ferguson, Head of the Resource Centre at OverseasGuidesCompany.com, outlines what can be expected in the countries that are most popular with British expats.

Socialising in France tends to revolve mostly around gastronomy. Food is a huge part of French culture: with restaurants catering to all budgets, dining out is accessible to everyone, and expats will find that some of the finest wines and cheeses will barely break the bank. Away from the dining table, the French will often socialise at sporting events, the theatre, the cinema, concerts and exhibitions.

As might be expected, much of Ireland’s social life can be experienced in its pubs. In the country where going for a pint is a national pastime, there are well over 10,000 pubs to be explored, with many offering varied menus to cater to families and friends. Music is also an important part of Ireland’s culture, ranging from live folk music to large-scale music festivals or concerts, while sport is another vital part of everyday life: whether you decide to try your hand at hurling, Gaelic football or camogie, if you don’t mind a run around, you’ll find yourself a new gang of friends in no time.

The social structure in Spain revolves around the family. This means enormous, long meals where multiple generations come together to eat, drink, and dance. Dining out and going for drinks with friends are popular social activities and, much like in France, fantastic cuisine and small bites are affordable to all.

Portugal’s social mentality isn’t dissimilar to Spain’s, in the sense that family is the foundation of the social structure. Much socialising takes place over long lunches and dinners, or at sporting functions. Friends will meet for coffee or drinks, where they will often be treated to live music. There is also a big arts scene in Portugal, and you can readily find exhibitions, plays, dances or spoken word performances to suit your interests.

There are various ways to socialise in Italy, but locals often choose to meet at the various concerts, exhibitions and festivals held across the country. In the bigger cities, friends like to hit the shops together, before refuelling with a sweet Italian pastry and a strong espresso. It should come as no surprise that food and drink rank highly in Italian people’s idea of a good time, with restaurants and cafes to be found on every corner.

Traditional households in Greece tend to house several generations, and so family time forms the basis of much of the country’s social life. Food is also central to daily life: locals and expats get together at tavernas to catch up on all the latest news, and even if you’re just grabbing a quick glass of wine, people tend to complement their tipple with some olives, stuffed vine leaves and other small, healthy plates. Greek people are incredibly hospitable, so expect to receive invitations on religious holidays or special occasions – be sure to take with you a gift of liqueur or something sweet.

To experience bigger events in Cyprus, you’ll need to head to one of the island’s main resorts, where you’ll find that concerts and exhibitions happen regularly. Cyprus is known for its cosy local tavernas, where expats congregate for beers and a chat. Getting together for an aperitif in the early evening is a favourite way for people to catch up with friends.

The climate of Turkey means that many spend their days out in the sunshine, whether at the beach or doing something more active, like cycling, jogging or snorkelling. The country’s established expat population means that you are likely to find social clubs catering to all interests, which are great for meeting people with similar ideas of a good time. Expats in Turkey often reside in complexes, which may even have their own social agenda, including quiz nights and barbecues.

Social life in the US tends to revolve around sporting events. When temperatures dip and the NFL season starts, groups of friends will get together on Sunday afternoons to watch the football and eat a meal, while in the summertime people will head outdoors, frequenting the beach or going out on hikes. Finding societies and clubs to join will be a doddle in most states, and as there’s no language barrier, you’ll be making friends in no time.

The social lives of those living in Australia aren’t too dissimilar from those in the UK – aside from the luxury of far better weather in which to enjoy them. Whether you are grabbing a coffee or a meal, friends regularly get together to eat, drink and enjoy a traditional Aussie barbecue. If there’s a sports game on the TV as well, it’s all the better. On the whole, Australians are a healthy bunch, so expect to make friends through sports clubs, exercise classes, or even while out walking your dog.

Kiwis believe that life is for living, and they like to get out there and make the most of their beautiful country. Make friends through sporting activities such as rugby and cricket, or for something more serene, find a hiking group and discover all the best local trails.