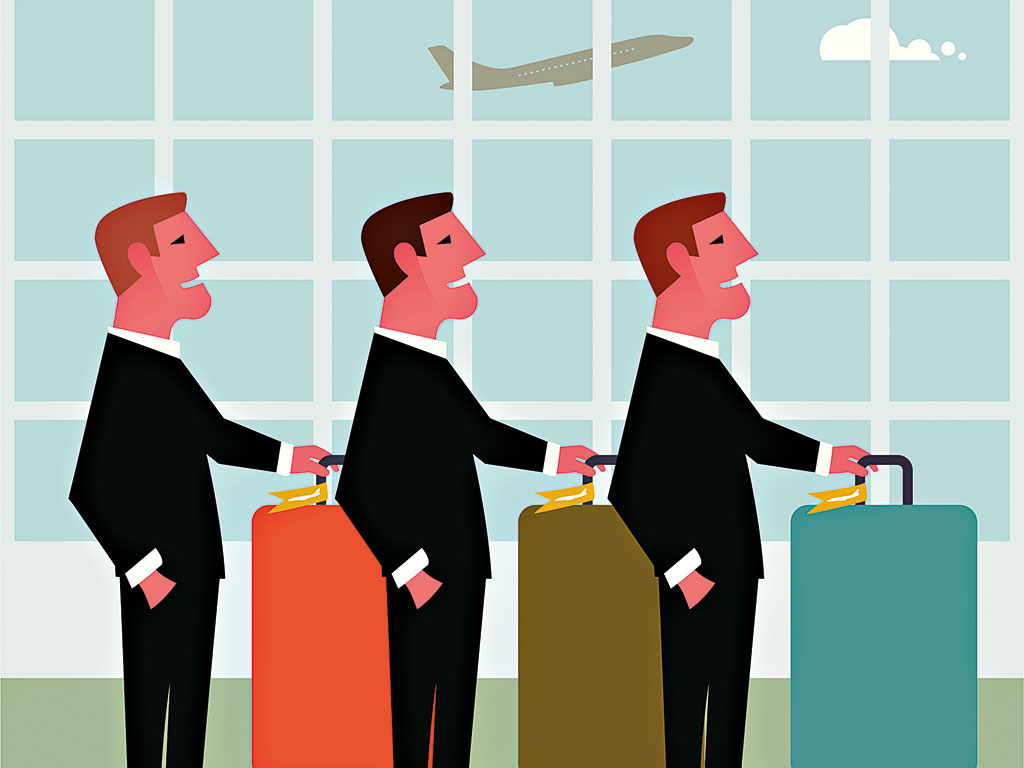 ‘Treat others how you would like to be treated’ is a motto that most people abide by when going about their everyday routine. And yet for some reason, when it comes to travel, politeness and civility are all too quickly cast aside. With regards to flying in particular, it would seem that an attitude of ‘every man (or woman) for themselves’ automatically reigns supreme.

Most of this self-regarding approach is focused around luggage (in all of its varying forms and weights) and starts from the moment that one sets off on their arduous journey. If using public transport during the rush hour commute, an inordinate number of travellers – wielding their enormous suitcases – tend to forget that others are trying to make their sorry journey to or from work. Consequently, their cumbersome luggage takes up valuable space on a train or bus – space that could instead be used to squeeze in another one or two despairing commuters.

Then, when traversing busy train stations and airport terminals, these bulky articles often take on a life of their own, swivelling around the place with little control or sense of direction. Their owners, meanwhile, simply look straight ahead without any thought for the cases they pull along, even despite their containment of precious belongings. Although wheel-bearing suitcases are a vital invention that the modern age has kindly provided us with, when in use they encourage a strange sense of obliviousness and a severe lack of spatial awareness. In fact, if someone was to record the number of times that a poor soul has been tripped up or crashed into by a wielder of these vital yet horrible creations, any responsible government would surely force us all to take lessons and tests in luggage etiquette.

Utter obliviousness
This nonsensical lack of common courtesy again rears its ugly head at the departure gate, where we are all forced to wait in what can only be described as a pen for a simply unknown period of time. The level of egocentricity adopted in such situations struck me particularly just the other day while waiting for a frustratingly late plane from Cyprus’ Larnaca Airport on a Sunday evening; at a time when clearly I was not the only one anxious to get home early enough to have a decent night’s sleep before making that sorry commute to work the following morning.

Given the time and day, as expected, the plane was fully booked and so the gate was packed; consequently, there were barely enough seats in the waiting area to go around. There I noticed an elderly lady asking a young man if he would offer her his seat. He obliged, which is nice – though of course, in an ideal world, she would not have to ask. But what really struck me was that in the row of uncomfortable metal seats opposite, two very unfriendly-looking ladies had taken it upon themselves to use the chair in between them as a pedestal for their handbags – clearly, the care they had for their fellow passengers could not be any less.

Despite a growing number of people standing around laden with all the superfluous articles that we feel necessary to take with us on such trips, so unapproachable were the pair that no one dared say anything. Instead, these weary travellers looked on in yearning for the queuing to begin so they could eventually reach an uncomfortable seat of their very own for the next five hours.

While it is easy to understand tempers are high and patience is low during the long hours of travelling, surely it is logical that the whole experience would be far easier and more pleasant if we all had a little more courtesy for one another – after all, in the aim or getting from A to B, aren’t we all in it together?