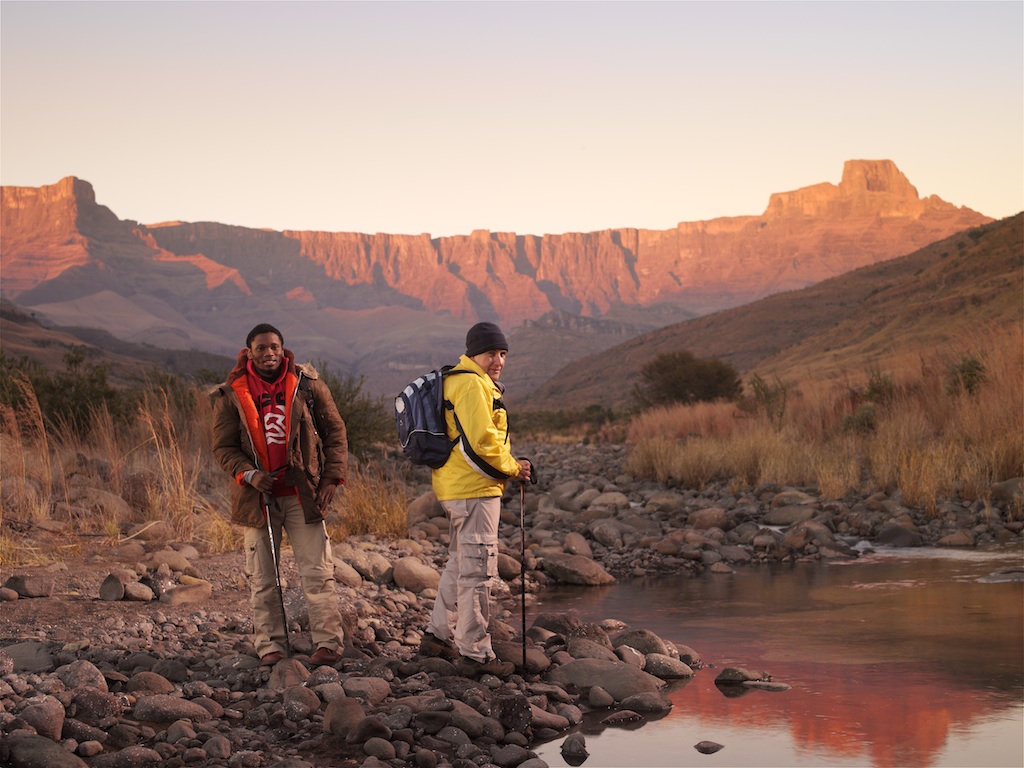 Modern business travellers will find sunshine, safaris and a compelling backdrop for conferences in this South African province, fondly referred to by locals as the ‘Zulu Kingdom’. It can certainly offer a unique business experience too, but the province is also known for its breathtaking natural attractions and state-of-the-art conference facilities.

KwaZulu-Natal is the home of stunning parks like uKhahlamba Drakensberg Park and iSimangaliso Wetland Park World Heritage sites. A prime location for safaris with its rich and diverse wildlife, the region has many animal reserves such as Hluhluwe-Imfolozi; South Africa’s oldest game reserve where the white rhino was saved from extinction, and Tembe Elephant Park, home to what is considered Africa’s biggest elephant.

The region is also abundant in important man-made landmarks, including some pre-historic sites. The Drakensberg Mountains are where ancient bushmen recorded their lives on the stone walls –today the largest collection of rock paintings in the world. KwaZulu-Natal was also the site of many battles during the Boer War and some fascinating historical points such as the Blood River, Isandlwana, Rorkes Drift, Talana, Colenso and Spionkop are now popular tourist destinations. There is certainly plenty to enjoy in the region and that’s before mentioning the stunning coastline.

KwaZulu-Natal is also a diverse region with a rich cultural mix. It is not only home to the famous Zulu people, but also to the greatest concentration of Indian migrants in the world.

Durban is certainly a cosmopolitan city which cultivates a vibrant beach scene. Locals enjoy many internationally recognised surf spots and go shark diving in nearby reefs. This rich heritage and exciting tourism environment are the perfect combination for business travellers who can enjoy meaningful meetings without having to miss out on exciting experiences that will enrich their lives and broaden their perception of the region and Africa as a whole.

The conference connoisseur
Durban is perfectly equipped to host conferences of any scale. Its main international conference centre, ICC Durban, is widely regarded as one of the top-twenty congress centres in the world and it is certainly the best of its kind in Africa. The ICC has successfully hosted some of the world’s most significant conferences, from the 2007 FIFA Preliminary Draw for the 2010 Football World Cup to the World Lottery Association Congress and the World Aids Conference, amongst others. Even more significantly, Durban and the ICC welcomed the United Nation’s Climate Change conference and its 18,000 delegates over two weeks in 2011.

The KwaZulu-Natal boasts a variety of other conference facilities of all shapes and sizes, accommodating anywhere from 50 to 1,000 delegates. All of the support services required for a successful business event are available to enhance any professional conference or exhibition, including destination management companies and translation services.

Durban is one of the members of the prestigious Future Convention Cities Initiative (FCCI), alongside Abu Dhabi, London, San Francisco, Toronto, Seoul and Sydney. This association collaborates to shape and accelerate strategic development of the business events and travel industry. The business events market is no longer just about Europe or the US and the FCCI embodies the global nature of this growing industry. By associating Durban with these other prestigious business destination cities worldwide, the Convention Bureau has successfully raised the city’s profile in the eyes of international business tourism consumers.

Building for the future
The Durban KwaZulu-Natal Convention Bureau has played a pivotal role in establishing the city and province as prime destinations for business tourism. With the support and commitment of the public and private sector in KwaZulu-Natal, the Convention Bureau has successfully negotiated the right to host 28 significant business tourism events since it started operating 22 months ago. This is a remarkable achievement for such a young organisation, especially one manned by only four people.

Notably, in close collaboration with partners such as the ICC Durban, the Convention Bureau negotiated and secured the 2012 International Wildlife Management Congresses and mega-conventions such as the Rotary International Congress. This specific event is expected to attract 20,000 leading business executives and contributors to social responsibility programmes from around the world in 2019. Right now the Convention Bureau is in the process of bidding for the right to host several more important events taking place in 2012.

Thanks to the Convention Bureau, these events will directly generate an expected €g100m in revenues and create over 4,000 jobs. Business tourism has already become an integral part of the local economy. With this in mind, the Convention Bureau has endeavoured to maximise delegate attendance at business events in Durban and KwaZulu-Natal as a whole. It has also been successfully in attracting businesses and services which add value to the region as an outstanding business destination. As a direct result of these efforts, Durban’s ranking in the International Congress and Convention Association has risen by 50 points to a remarkable score of 180 as of 2010.

The Convention Bureau works tirelessly to showcase Durban and KwaZulu-Natal as the premier business destination in Africa. Through actively identifying and bidding for all manner of meeting, conference, exhibition and incentive gathering it has been pivotal in increasing the level of business tourism flow to the city of Durham and the rest of the province. By cleverly building an image that combines exciting tourism with efficient business services, the Bureau has successfully established the region as an exciting and compelling destination for the distinguished event organiser and business traveller.