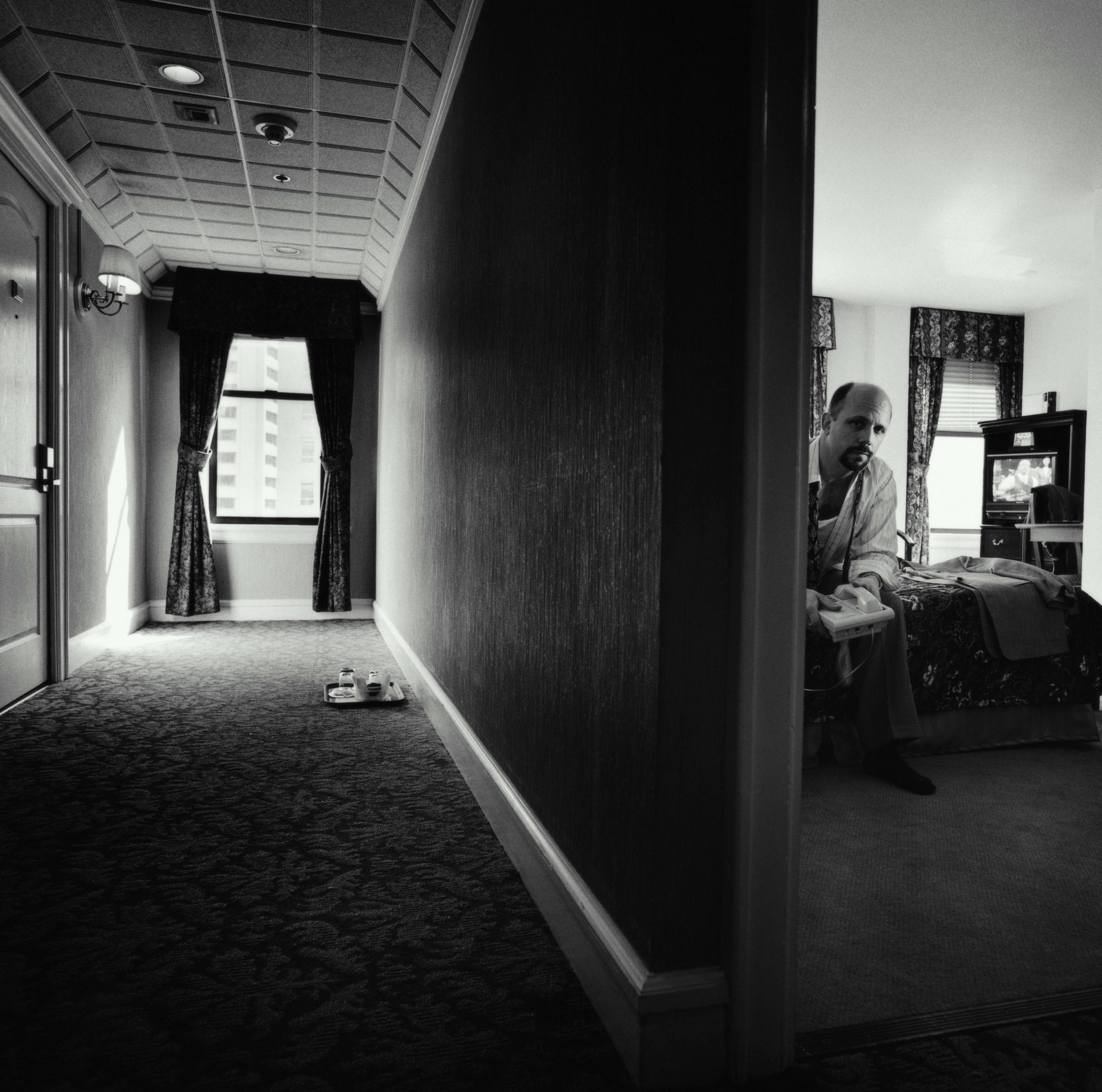 “Couple in the next room, bound to win a prize, they’ve been goin’ at it all night long. Well I’m trying to get some sleep, but these motel walls are cheap.”

I know exactly how Paul Simon felt when he wrote that song. I’ve heard every bump and groan and cry of orgasmic delight, shaken to every shuddering wall and disturbed bedhead as some latter-day Abelard and Heloise try to beat the record for how many times they can consummate their relationship before dawn finally breaks.

What is it about some lodging establishments that they have the same soundproofing qualities as Robinson Crusoe’s makeshift desert island prefab? I think Art Garfunkel’s partner must have heard about my stay at the Flamingo Hilton, Las Vegas that night when the room literally vibrated from the nocturnal couplings of the rutting pair one wall away.

But it’s not just lovemaking that disturbs our equilibrium, it’s all the things that seem to transform a hotel room from a sanctuary into a kind of semi-partitioned office cubbyhole with a bed. For example; check your doors at home and see how close to the floor they are. There’s barely a fraction of clearance. Now look at your hotel door; there’s enough room there for an anaconda wearing a top hat to crawl under. That hardly makes for privacy or peace and quiet.

(And speaking of door clearances and anacondas, I once spent an uncomfortable night in a small accommodation complex near Singaraja in non-tourist Northern Bali in the 1980s.

Each guest had a small cottage, and the door clearance gap was about three inches. Bali is in Indonesia, Indonesia has snakes and I was a mite concerned. Rightly. I woke in the night to go to the bathroom. Curled up on the tiles was a tiny, tiny green baby snake that certainly hadn’t been there when I went to bed. OK, it was hardly an anaconda, wasn’t wearing a top hat, and in fact it was fast asleep.

But my natural concern was that its mum or dad might discover it was missing from the nest and come looking for it. I went out and roused the hotel’s night watchman and had him remove it – with a brush and dustpan, and it still asleep – then I barricaded the door gap with shoes and suitcase and slept fitfully).

As someone who has spent – or so it seems – half my life in hotel rooms I shall also carry to my grave unsolved riddles as to what exactly was going on in the next room sometimes.

Like that time at the Sheraton Harbour View in Hong Kong that I always think of in Sherlock Holmes terms, as the Mystery of the Fifteen Minute Shriek.

Around midnight I heard a high-pitched piercing female scream from the next room. I tensed and waited. Nothing. Worked away…Shriek!!! I looked at my watch – fifteen minutes had passed, almost exactly. I went next door and knocked. A fully dressed middle-aged Chinese woman answered. She looked me at me askance and said everything was fine. Fifteen minutes later. Shriek! And on it went…every fifteen minutes until I tumbled into ear-plugged sleep. Whether this was some Oriental Tourette’s or she was undertaking some bizarre quarter-hour female onanism, I shall never, ever know.

And if it’s not serpents or strangers ruining your peace and quiet it’s staff. I once rented an entire house on the mega-expensive Royal Westmoreland Estate in Barbados for three nights that came complete with amiable West Indian female housekeeper. The time arrived when my colleague and I who were sharing needed to sit down and thrash out some issue. I thanked the housekeeper for her services, and nodded towards the door.

The colleague and I sat down in the open-plan dining/kitchen area. And so did the housekeeper, spreading out the Barbados Advocate and turning to the small ads. I coughed discreetly and said that, well, she’d been very kind but we needed to have some privacy now. She beamed, “That’s OK, you go ahead, I won’t listen.”

I said that, sorry, but she really had to leave now. Her face dropped. She looked out at the teeming downpour, and said in her delicious accent, “But it’s rainin’!” I handed her one of the complimentary umbrellas and opened the door.

When I’ve shelled out what could have probably bought me a small terraced house in Salford, I don’t want snakes, shrieks – or staff – invading my privacy.