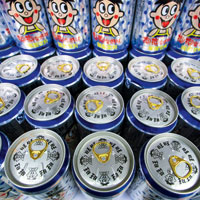 With global commodities prices booming in recent years on the back of soaring demand from emerging market economies such as Brazil, India and China, the relatively small band of companies involved in the physical trading of food, fuels and metals, has done very nicely, thank you. By some estimates these companies control more than half of the world’s freely traded commodities while the top five firms generated 60 percent-plus of the industry’s total revenues last year.

Companies operating in this sector have, for the most part, kept a relatively low profile – largely due to many of them being unlisted (Glencore International being a recent notable exception) or family run – and headquartered in tax havens.

For the most part, US and European regulators, looking to fix a broken economic system, have been pre-occupied with clamping down on perceived bigger villains (for now) such as the banks and hedge funds. In October, top US derivatives regulators decided to impose position limits in the oil and metals markets. While this will most immediately impact banks trading in futures it is not yet entirely clear how this will affect trading firms, given they usually receive exemptions to limits as they are deemed to be bona fide hedgers.

In the old days simply chartering transport to move commodities across the globe would have sufficed in most cases. Nowadays, there is a growing tendency for trading houses to own the whole chain – starting with the mines or agricultural land at one end through to the pipelines and ships transporting the products.
As these companies have quietly become power brokers so their profiles have risen – not least due to greater attention being given to why commodities prices have climbed, rather than the simple fact they have.

Many players have reportedly amassed speculative positions worth billions, or simply hoarded commodities in warehouses and tankers during periods of tight supply.

The $64,000 question is whether such hoarding causes tight supplies or is merely symptomatic of tight supplies. An ever increasing number of people want to find out.

Ian Taylor, VITOL GROUP
Ian Taylor, CEO and President of the private Swiss independent energy trading company Vitol, joined in 1985 from Shell, where he had held a number of positions in shipping, operations and trading.

Under Taylor’s stewardship, the company, which was founded in Rotterdam in 1966 – and whose trading portfolio nowadays principally includes crude oil, oil products, LNG, natural gas, coal, power, metals and carbon emissions – saw revenues in 2010 climb to $195bn on the back of five million-plus barrels of crude oil and products being traded daily. Of total revenues $74.8bn came from crude oil operations, $37.2bn from gasoline and naphtha.

In November 2007 the company pleaded guilty to grand larceny for offering kickbacks to Iraq under the U.N. Oil-For-Food programme. It subsequently ended up paying $17.5 million in fines, although sanctions were not applied to individual executives.More recently Vitol have apparently catapulted themselves into a potentially leading position in post-Qaddafi Libya after a one-off deal with the rebels to swap crude for gasoline and diesel rapidly evolved into a $1bn business.

Ivan Glasenberg, GLENCORE INTERNATIONAL
Glencore International, the multinational commodities trading company headquartered in Switzerland, and founded in 1974 by trader Marc Rich – later to be pardoned by Bill Clinton for tax evasion – may have met a lukewarm response when it floated on the London stock market last May. But made an instant $10bn for CEO, Ivan Glasenberg.

The South African-born Glasenberg, who, like many of his contemporaries in the industry, is usually publicity shy, started at Glencore in 1984, working in the company’s coal departments in South Africa and Australia, before managing Glencore International’s Hong Kong and Beijing offices. In 1991, he became Head of Glencore’s Coal Department and in 2002 CEO of Glencore International. He is also a non-executive director of mining company Xstrata and also holds a directorship with Minara Resources Ltd.

Glencore, the world’s largest commodities trading company, saw revenues of $145bn in 2010 and had global market shares of 60 and 50 percent respectively in the internationally tradable zinc and copper markets. It also has a significant presence in grain (nine percent) and oil (three percent).

Glencore hasn’t been immune to winds of change blowing through world stock markets, however. Indeed, in September – and with a near 16 percent stake in the company worth $7.8bn – Glasenburg reportedly bought an additional 2.25 million shares at an average price of 435p – well below the firm’s 530p flotation price.

Greg Page, CARGILL
Greg Page joined Cargill in 1974, taking on various worldwide roles for the company prior to becoming CEO in 2007. Page is also a director of Eaton Corporation. Minneapolis U.S-based Cargill, founded in 1865 and nowadays an international provider of food, agricultural and risk management products and services, saw global sales in 2010 of $108bn.

Domestically, it runs one of the largest operations in the U.S. for converting corn into biofuels, as well as food for people and animals. It is also the No. 1 U.S. salt marketer and a major buyer and seller of cocoa and sugar. At any one time, Cargill charters around 350 vessels across the world’s oceans.

Page has continued to pursue a strategy started in 2000 placing a renewed emphasis within the company on innovation and technology. The company evolved from trading soybeans, to processing them into meal and oil, to producing high-value natural vitamin E from a soybean by-product. And it moved from trading corn, to processing corn into ethanol and fructose, to creating a whole new family of renewable products – from plastics to fabric – made from corn.

Page, meanwhile, isn’t averse to controversy. Addressing the National Grain and Feed Association convention in San Diego last March, he laid the blame for rising agricultural commodity prices in recent years firmly at the door of governments, claiming that moves by Russia and others to ban grain exports were ‘ill-timed, ill planned and really a beggar-thy-neighbour policy’’.

David Koch, KOCH INDUSTRIES
Founded in 1940 by Fred Koch, Koch Industries, Inc., the Wichita Kansas, U.S.-based private energy conglomerate, is co-owned nowadays by his sons David and Charles Koch – each holding a 42 percent stake worth an estimated combined $50bn, according to Forbes Magazine.

With revenues estimated at $100bn (in 2009) virtually every U.S. household has some Koch product – from paper towels and lumber, to Stainmaster carpet and Lycra in sports clothes, to gasoline for cars.

David Koch companies are involved in core industries such as the manufacturing, refining and distribution of petroleum, chemicals, energy, fertilisers and pulp/paper products among other activities. Since 2003, Koch companies have invested more than $43bn in acquisitions and other capital expenditures.

The firm employs 50,000 people in the U.S. and another 20,000 in 59 other countries. A chemical engineer by vocation Koch is a well-known funder of conservative and libertarian causes, including some organisations within the American Tea Party movement.

The brothers meanwhile are reportedly close to launching a nationwide database that would connect the millions of Americans sharing their libertarian views.

Chairman and CEO, Patricia Woertz, who has been at the helm since 2006, hit the ground running, overseeing a significant increase in capital expenditure – much of the increase in the budget targeted for bioenergy (turning corn into alternative fuels) projects at the expense of food and infrastructure.

A graduate of Penn State University (1974 class) Woertz worked for Ernst & Young before moving to Ernst & Young client Gulf Oil. A rapid rise through the corporate ranks there led to a placement in Vancouver as President of Chevron International in 1995 and, eventually, Executive Vice President of the company’s global downstream operations.

In an interview with Fortune magazine Woertz said her defining moment career-wise was in the early 1980’s when corporate raider T. Boone Pickens launched a bid for Gulf.

While that deal evaporated into the ether Gulf eventually signed off on a $13bn merger with Chevron – Woertz being put in charge of divesting the new entity of a refinery, a pipeline company and 4,000 gasoline stations.

The company initially operated as a niche player, transporting Russian oil through Estonia. At one point it was handling one third of Russia’s seaborne oil exports.

Törnqvist – who began his career at BP, trading oil across the world for 20 years – and Timchenko – were a perfect fit, given their expertise in the Russian oil market as well as the transport logistics market.

If the company’s original strengths lay in the trade, transport and storage of oil, these have since been augmented by activities, including fuel oil and petrol blending in Amsterdam, Singapore and other locations.

Törnqvist is overseeing a substantial capital investment programme in oil terminals, port facilities – moving beyond “core” markets as it trades in the Middle East, Asia, Africa and South America. Revenue in 2010 was $65bn (2009: $53bn).

Elman first arrived in Asia (from England) during the mid 1960s and has more than 50 years of experience in the physical commodities trading industry. Prior to setting up Noble he worked for 10 years with US-based commodities trading firm Phibro (later to be sold to Occidental Petroleum) where he served as Regional Director of that company’s Asian operations, including two years as a board director.

Noble manages a diversified portfolio of essential raw materials, integrating the sourcing, marketing, processing, financing and transportation. However, in recent years greater emphasis has been placed on strategic assets such as ports, warehouses and mines.

The key objective is to build a diversiﬁed network of “asset-medium” supply pipelines – the argument being that in doing so the company can secure long-term supply of key commodity groups – owning, controlling and managing the physical assets needed to move high-quality raw materials reliably.

It also has upstream and downstream assets ranging from oil reserves in Argentina, Canada and the U.S., to oil terminals in Europe and China, as well as substantial investment in the coal mining industry.

Dunand earned a degree in Economics and Management at the University of Geneva, before embarking on a 20-year career that saw him move through Procter & Gamble, Cargill, J.Aron (the commodities arm of Goldman Sachs) – as Managing Director – Phibro and then Sempra Energy, where he helped set up the company’s European and Asian oil trading operations, along with Daniel Jaeggi.

The company, which generated revenues in 2010 of $47bn, arranged a $1.25bn credit line in May 2011 to fund expansion through asset purchases in Europe and North America. Longer term, Dunand has hinted he may take the Glencore International route by going public. Critics have suggested that this will give him an opportunity to buy assets he would otherwise be unable to afford.

Alberto Weisser, BUNGE
While Bunge can trace its origins back to Amsterdam in 1818 the Bermuda-registered company is nowadays headquartered in White Plains, New York, U.S. A leading global soybean exporter, it is also involved in food processing, grain trading, and fertilisers.

Chairman and CEO, Alberto Weisser, joined the company in 1993 as CFO – prior to that spending 15 years with the BASF Group working in Brazil, Germany, the U.S. and Mexico. He was appointed Chairman and CEO in May 2001.

The company’s agribusiness division – an integrated business principally involved in the purchase, storage, transport, processing and sale of agricultural commodities and commodity products – comprised 72 percent of its overall business in 2009, recording $30.5bn sales out of a total of $41.9bn. These operations and assets are primarily located in North and South America, Europe and Asia. In 2010 revenue was $45.8bn.

Bunge achieved its ranking through expansion in soybeans, the main oilseed in its native market, and rapeseed, the major oilseed in the EU. Having expanded into Brazilian sugar last year, the company has also confirmed it is entering the palm oil sector – through a 35 percent stake taken in Indonesia’s Bumiraya Investindo – as its traditional oil markets deteriorate.

With the OECD forecasting global world palm oil production to rise by a third by 2020-21, twice as fast as the average for other vegetable oils – it could prove a timely move.