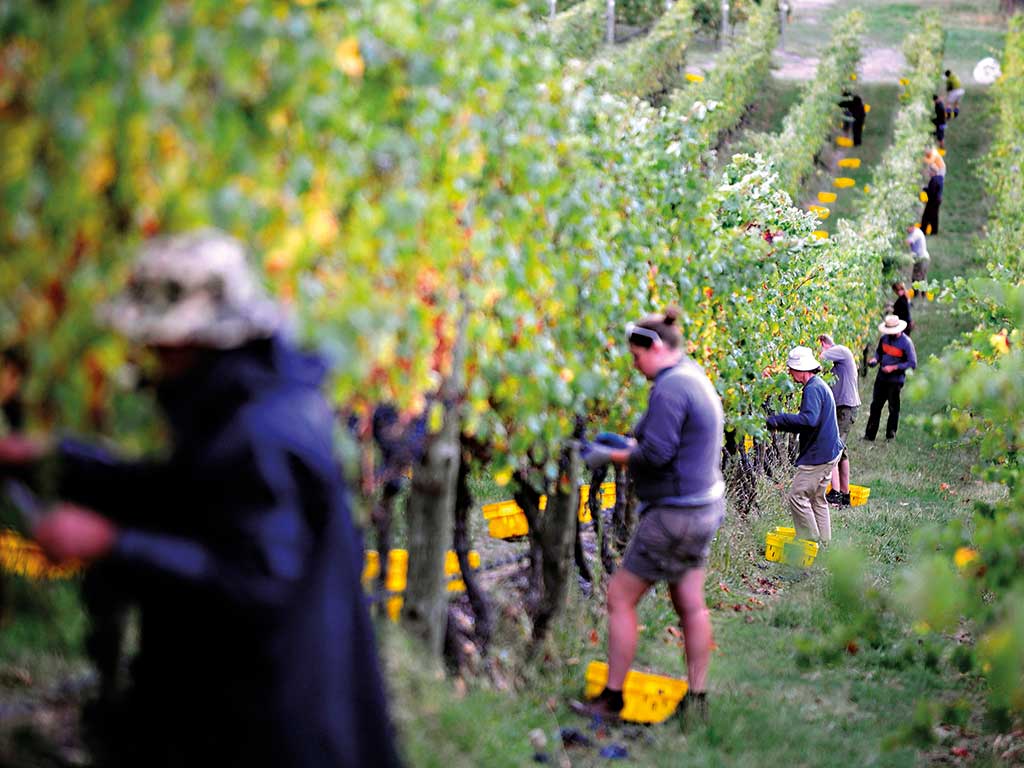 For decades, backpackers have been the most iconic and easily recognisable travellers in Australia. Usually en route to the nearest youth hostel with an enormous rucksack weighing them down, these fresh-faced travellers have created a nomadic sub-culture that is still prevalent today.

The ‘wanderlusters’ of the Millennial generation, however, have put a new spin on this age-old travel trend, which not only engages with their Generation Y, ‘you only live once’ mentality, but also provides much needed labour for Australia’s agricultural industry.

This novel trend is made up of two groups: working backpackers and willing workers on organic farms, otherwise known as ‘wwoofers’. Working backpackers are travellers below the age of 30 who enter the country under what is known as the ‘working-holiday visa’ scheme. In order to extend this visa, these international visitors are required to complete 88 days of work in the agricultural or construction industries in rural Australia.

Not only do young backpackers fill a persistent labour gap during harvest season, but their presence also creates higher profits all year round for farming communities

Wwoofers, on the other hand, are voluntary workers. WWOOF is a programme that organises for backpackers to travel between rural farming communities and work for free with the local population. Through exchanging work for their keep – which essentially includes food and accommodation – tourists are able to learn about the culture and sustainability efforts of their hosts.

The desire to trade manual labour for cultural experience may seem at odds with the tech-savvy lifestyle of the Millennial generation. However, for the farmers who rely on these hedonistic culture-seekers, it is a much welcomed and positive movement.

Wwoofers and wanderers
According to Caroline Beaton, a workplace psychology journalist: “The irony of the popular instinct to do what’s different is that what’s different quickly becomes what’s common.” The sentiment of the backpacking masses is one focused on escaping the information age in favour of lives that are led by adventure and experience.

According to a 2012 article in The Atlantic, Millennials’ philosophy of doing something different prioritises access over ownership, which has brought about a resurgence in the desire to know the origins of everyday things. As Beaton explained, it is about getting back to not just that which is “non-traditional, but [that which is] simple”.

Ross Freeman, who works in Product Support for agricultural equipment sales company Ratten & Slater, said: “When I first came to Australia I had just finished agricultural college, and I had always had the desire to travel to Australia to do a harvest.” In the agricultural town of Esperance in Western Australia, where he now works, there are many backpackers employed on farms. “For those that I speak to, most don’t come for the money – they come for the experience of the country”.

This mirrors what Elan M Carson noted in his book The Millennial Mentality, in which he said Millennials’ “career goals have shifted to prioritise happiness and self-fulfilment over workplace cubicles in greyscale offices”. Essentially, their focus is on cultivating themselves, developing communities and sharing experiences – all things rural Australia offers in abundance.

In light of higher global unemployment rates, vacancies on farms across the country also provide this generation of no-strings workers with attractive job opportunities. For this disenchanted cohort, the lure of hay bales and mud-covered boots makes working while travelling not a just a fad, but a way of life.

Work wanted
The benefits of this labour-intensive travel trend flows in both directions. For the Australian agricultural industry, the numbers of seasonal workers plays a huge part in the success of harvests across the country. According to figures published by Tourism Research Australia, more than 600,000 backpacking visitors were accounted for in the year ending June 2016. The National Farmers’ Federation (NFF) has estimated the agricultural industry in Australia employs more than a quarter of these visitors, with significantly higher numbers working in seasonal harvest jobs, such as fruit picking.

The working backpacker trend also provides a niche business area for the middleman. When Freeman arrived in Australia, he registered with an agency that was set up to introduce backpackers to the farmers that needed them. He told Business Destinations: “I registered with a rural employment company called RANZA. You send them your resume and fill in a questionnaire on your skills and agricultural knowledge, and they line up possible employers to contact you.”

In 2016, however, the Australian Government found itself in hot water when it unveiled a proposal to increase the tax backpackers would have to pay on their annual income. The response was overwhelmingly negative, marking the first time such a public display of support for the niche travel trend was vocalised across social media.

The agricultural industry was most vociferous, fearing a severe impact on the already diminishing numbers of working backpackers during prime harvest season. At the time, those opposed to the tax hike stressed the importance of having this foreign Millennial workforce to fill the industry’s persistent labour gap. Tim Reid, the owner of one of Australia’s largest cherry producers, told the NFF that more than 70 percent of his harvest workers are international backpackers.

Britons apply for an Australian working holiday visa every year

Additionally, on the NFF’s website, he stressed: “Without them, we [would] simply not have a major export business of international standard and would have to retract to a smaller, less sustainable, domestic operation which is not a win for us, and not a win for our community.”

However, when asked whether or not the government needs better incentives to increase backpacker numbers in Australia, Freeman told Business Destinations: “Personally, I am of the opinion that if [backpackers] are really keen to visit, they will. I never knew the tax rate, nor did I care. This was something I had wanted to do for some time, and [a higher tax rate] wouldn’t have stopped me.”

Searching for happiness
As that of the largest generation in the history of the world, the Millennial mentality is a dominant force. As Beaton explained, Generation Y was “raised in the age of machines, information influx and the popularisation of ‘busy’”, meaning this group of soul searchers is pursuing a simpler life, a return to the slow, and, “a more elusive quality: happiness”.

The Australian farmers who receive these happiness hunters each year, meanwhile, are making the most of the trend. Not only do young backpackers fill a persistent labour gap during harvest season, but their presence also equates to greater productivity and higher profits all year round for farming communities as a whole. Brett Guthrey, a persimmon grower, stressed to Australian Associated Press reporters in November 2016: “It’s not only the farmers [who benefit] – it’s the caravan parks, the fish and chip shops, the pubs, the tyre repair place.”

Looking forward, although the number of backpackers has seen a notable decline in recent years, the long-term viability of this trend would appear to remain stable. The Millennial generation wants to learn and gain hands-on experience, it prioritises access of information over ownership, and it is not simply financially motivated. As Freeman reiterated: “[Australia] is too great to just earn money and leave.”

Although fruit picking may not be an intrinsically desirable pastime, the continuation of this community-driven experience era bodes well for Australian farmers. The cherry pickers and pig farmers may have to get a Twitter account to keep up with this tech-savvy generation, but – in the short term, at least – this trend for seeking out new experiences will continue to supply them with much needed, willing workers.