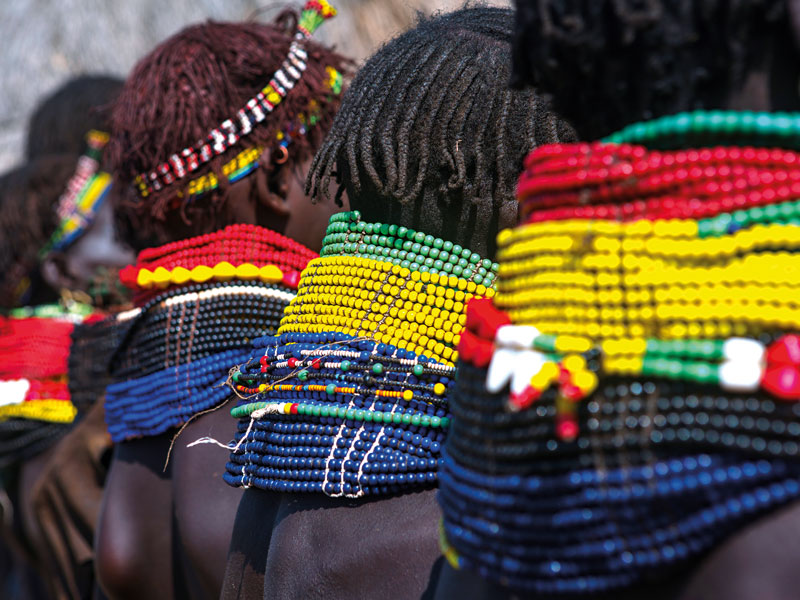 For the women of South Africa’s Ufafa Valley, life is fraught with challenges. A HIV pandemic in the 1990s and 2000s left a significant proportion of the population with the disease, yet accessing treatment is difficult due to a lack of transportation infrastructure in the region. Unemployment levels sit at around 85 percent and poverty is rife, meaning it is a daily fight for many women to provide for themselves and their families.

“They struggle to get by”, said Dr Desmond Osaretin Oriakhogba, a postdoctoral researcher for the University of Cape Town’s law faculty. “There are challenges of food, housing [and] basic education… [which] are linked to the historical appetite of racism in South Africa.” While the apartheid regime was dismantled more than 25 years ago, the discrimination and disparity it perpetuated remain a very real part of these women’s lives.

Women joining the Woza Moya programme are expected to share their expertise with others, learn new skills and take an active role in operations

In recent years, however, hope for a more stable future has emerged from an unlikely source: the craft economy. “South Africa is rich with diverse cultures and stories, which the women often [depict] through their craft products”, explained Rossly Malema, a lecturer at the Faculty of Health Sciences at South Africaís North-West University. Historically, this creative storytelling has been restricted to a leisure pursuit or casual enterprise. Now, the development of trade infrastructure and a growing tourist market has transformed women’s craft into a vehicle for economic self-sufficiency.

Breaking barriers
“Women living in poor rural areas have great potential to contribute to the economy through their craft involvement and make economic gains from their efforts”, Malema told Business Destinations. However, issues such as a lack of available materials, distribution networks or education in financial management have prevented women from becoming small-enterprise owners as opposed to casual craft product producers.

Organisations such as Woza Moya, however, are working to change this. Established in 2000 in partnership with the Hillcrest AIDS Centre Trust (HACT), this community-centric NGO was originally set up to support women in the Ufafa Valley impacted by the HIV/AIDS epidemic by providing them with the skills and resources needed to support themselves and their families. The project began with around 15 women but has grown as other members of the local community referred more women. “[The message was], why not join the Woza Moya project – you could earn good money from your bead-making or from whatever craft you’re doing, and even if you don’t have the skills, you could learn new skills through other women”, explained Oriakhogba.

Today, around 350 craftspeople are part of the Woza Moya programme, 80 percent of whom are female beadworkers. The organisation has come to function as an accelerator for the craft economy, leveraging its size to obtain favourable prices on raw materials and providing training in basic business financial management. It also provides practical health guidance, particularly with regards to the prevention of contracting or transmitting the HIV virus.

Woza Moya differs from other NGO-led projects in that it is deliberately not run like a charity. Women joining the programme are expected to share their expertise with others, learn new skills and take an active role in operations. “The idea is to make the women own the process and own the products”, said Oriakhogba, who spent three months with the Woza Moya programme as part of a HACT research placement earlier this year. There is no top-down hierarchical structure, but rather an understanding that every person has advice to give or a skill to share.

Through this culture of empowerment, “the project has succeeded first in giving these women a sense of belonging, then a sense of pride”, explained Oriakhogba.

Given that the majority of women in Woza Moya have no formal education, their only other employment prospect in the region would be domestic work, which is not only extremely poorly paid, but also carries a high risk of abuse. Through Woza Moya, Oriakhogba explained: “Each individual craftswoman becomes a small-business owner, and they earn money that enables them to fend for themselves”. He added: “During my time there, for example, I saw that two of the women from the project had been able to build their own houses in the community. These women, their lives are changing.”

For the women of Woza Moya, a tourism explosion in South Africa has also aided their craft businesses. The organisation is located in the KwaZulu-Natal region, which welcomed 2.3 million air arrivals in 2017, the most recent year for which full figures are available. Numbers are likely to increase further in 2019 thanks to British Airways’ launch of a thrice-weekly direct flight from London to Durban in October last year.

It is the rise in international interest in particular that has contributed heavily to the Woza Moya women’s success. While some of their products are sold in shops across the Ufafa Valley, the poverty of the region and prevalence of local crafts means the women are unlikely to derive a significant income from selling to this market. Stocking products in tourist shops in popular cities such as Durban vastly increases the pool of potential customers and, as such, boosts revenue. “It’s an easy gateway to get the women’s products beyond the province”, explained Oriakhogba. Woza Moya has also opened pop-up stores in cities across the world, which not only widens product distribution networks but also raises awareness of the project and encourages donations to support its continued operation. “It’s a strong advantage in the sense that it helps to further empower the women, so they get more money and more exposure”, Oriakhogba added.

of participants are female beadworkers

With exposure, however, comes the risk of plagiarism. Women participating in Woza Moya don’t have the financial means to file patents, and intellectual property legislation in South Africa is not structured to protect the kind of knowledge exhibited in these designs. This leaves their work open to exploitation by large fashion brands, a growing problem in recent years. In 2012, British retailer Burberry came under fire for featuring designs that drew heavily on East African kitenge textiles, a claim that then-Chief-Designer Christopher Bailey refuted. In 2017, designer Aurora James criticised Zara for making a carbon copy of a pair of sandals sold by her clothing line Brother Vellies, which are handmade by artisans in South Africa, Ethiopia, Kenya and Morocco.

“Tourism has a lot of advantages, but it also has the disadvantage of enabling knowledge appropriation without any form of benefits – either recognition or monetary compensation – for the rural women crafters,” said Oriakhogba. “[Possessing] intellectual property in itself is an empowering thing, so it is disempowering [to be robbed of it].” It’s particularly upsetting for Woza Moya, whose central purpose is restoring self-belief and pride in their work for these women, only for this to be undermined by plagiarism.

Despite this clear drawback, tourism is generally viewed as an overwhelmingly positive force for women in the burgeoning craft economy, and organisations such as Woza Moya are essential in ensuring that women in remote areas like the Ufafa Valley are able to reap its rewards. “The beauty of the project is that it is something that could actually be replicated elsewhere”, Oriakhogba told Business Destinations. “Imagine having several projects like that in different clusters of rural communities in South African projects that are run for the rural women crafters and by the women crafters.”

The expansion of Woza Moya or the establishment of similar projects would require a considerable increase in funding, but this is something national or regional governments in South Africa could contribute to. Supporting rural, female-led craft businesses for government projects, or centralising these organisations in an overarching tourism strategy, would be a fruitful solution for all parties. It would also help to shape perceptions of female craftwork as a valuable contributor to the overall economy, rather than a leisure pursuit.

“Greater awareness among community members and [families] would also enhance the women’s sense of purpose for the kind of work they do”, said Malema. “[Craftwork] is not taken particularly seriously by family members and is often seen as just a way to pass time.” Changing this view would allow women to be considered essential economic actors, which could have far-reaching social implications well beyond the craft economy.