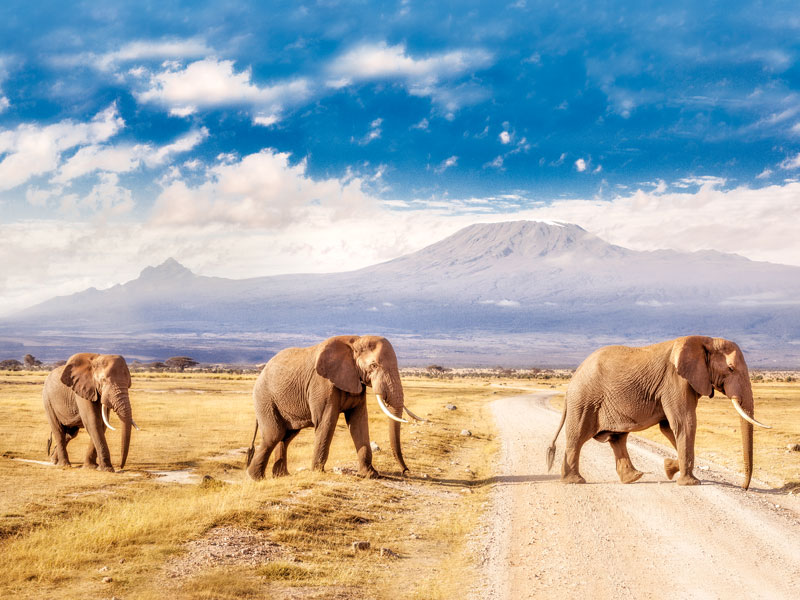 The details of the AfCTA are currently under consideration, with the final draft due to be submitted to the Assembly of the African Union for ratification in January 2020

On March 21 last year, representatives from 44 African nations came together in Kigali, Rwanda, to sign the momentous African Continental Free Trade Agreement (AfCTA). The treaty will create the largest free-trade area in the world, with a single market, currency union and freedom of movement – an economic triumph for the continent.

The details of the AfCTA are currently under consideration, with the final draft due to be submitted to the Assembly of the African Union for ratification in January 2020. Once passed, it will change the lives of an estimated 1.2 billion Africans by boosting commerce, growth and employment. The AfCTA is designed to increase cross-border collaboration between African nations, which is currently hampered by a lack of infrastructure and regulatory hold-ups that have dissuaded Africans from partnering with their closest neighbours.

Currently, a lack of direct air routes between African destinations is inhibiting travellers from visiting their closest neighbours

One area that could particularly benefit from new alliances is the tourism sector. Zurab Pololikashvili, Secretary-General of the World Tourism Organisation (WTO), told Business Destinations: “The removal of regulations and tariffs would create an enabling business environment, optimal for an increase of investments to tourism infrastructures and projects.” It could also help transform Africa’s international image from that of a once-in-a-lifetime holiday destination to a source of lucrative business opportunities.

Unexploited opportunities
There are currently a number of key barriers that are hindering touristic collaboration in Africa, a significant one being the unequal distribution of funding across the continent. While there’s certainly no shortage of cash available – in October 2018, the World Bank announced it would invest $45bn in Africa over the next three years – some countries are set to benefit far more than others.

According to a report by the UN Economic Commission for Africa, of the $3.2bn invested in East Africa’s tourism sector in 2017, 66.4 percent was distributed among just three countries: Tanzania, Kenya and Ethiopia. These three countries already have much more advanced tourism sectors than other African countries, contributing a collective $6.88bn towards their GDPs in 2017. By contrast, countries such as the Republic of Congo, in which travel and tourism generated a mere $114m, would see much greater benefit from increased investment.

The second crucial issue is international interest in African tourism, which could trigger new trade opportunities. According to data from the WTO, just 63 million of the 1.3 billion people who travelled internationally in 2017 visited Africa. Although this figure is nine percent higher than the previous year, it is still well below Asia’s 324 million and Europe’s 671 million arrivals.

Tourism, trade and investment go hand in hand: increased international touristic interest attracts prospective business partners who could invest in SMEs with growth potential. This would boost regional trade and increase employment in a sustainable way. When it comes to attracting international travellers and investors, though, Africa has an image problem to contend with. The continent is often presented to European and American travellers as a unique, experience-driven destination, rather than a source of profitable business.

From a tourist perspective, Professor Dimitrios Buhalis, head of the eTourism Lab at Bournemouth University, noted: “Africa is mainly promoted as one destination, rather than as a continent with a range of destinations, resources, cultures and experiences… African countries and businesses have suffered from that, especially when peace is disrupted or when there are health crises.” As a result, international travellers have been dissuaded from visiting, due to the misconception that the entire continent is off-limits.

Pololikashvili added: “It is paramount for each African country to take ownership of its narrative and to reinforce its branding through its strengths and uniqueness in order to collectively contribute to a more positive and diverse image of Africa… For many years, visiting or doing business in Africa was often synonymous with risk and instability.” As a result, African entrepreneurs did not have the opportunity to present themselves as viable business partners for international investors, as the continent’s reputation staved off any significant interest.

But things are now changing. “Initiatives such as the AfCTA prove that African governments are more than ever looking at doing business together, and to improve intra-regional trade,” added Pololikashvili. The economies of sub-Saharan Africa are making particularly good progress in this area; in the World Bank’s Doing Business 2019 report, sub-Saharan African economies registered a new record for a third consecutive year, carrying out 107 reforms in 2018 to make the lives of domestic SMEs simpler.

Collective effort
Africa is not only working to increase the number of international visitors it receives, but also to encourage intra-African travel. Currently, a lack of direct air routes between different African destinations is inhibiting travellers from visiting their closest neighbours. Buhalis noted: “There are very few connections between African capitals, and quite often people » need to travel via Europe between African destinations.” This, he added, is an area that will be particularly improved by the introduction of AfCTA and the emerging African Tourism Board, both of which will “support increased connectivity and accessibility for the continent”.

Pololikashvili singled out the creation of the Single African Air Transport Market – a scheme proposed as part of AfCTA – as a key tool to “open up Africa’s skies and improve intra-African air connectivity”. This liberalisation would lead to “increased air service levels and lower fares” through increased competition, which “could lower the cost of service, and bring new business opportunities such as new routes”.

To supplement air reforms, a number of nations have implemented bureaucratic changes to make it easier for close neighbours to visit. Both Kenya and South Africa have made long-term visas available for South African academics and businesspeople visiting Kenya, and vice versa.

At a press conference announcing the policy, Kenyan Interior Minister Fred Matiang’i said: “This is intended to improve trade between the two countries… and to support people engaging in various economic activities of mutual benefit.” In a similar policy, Ethiopia has announced the launch of a new visa-on-arrival service for all African travellers, which has been supported by Ethiopian Airlines. The company’s CEO, Tewolde GebreMariam, said the service will “greatly boost cross-border tourism, trade and investment, further deepening African integration”.

Positive change
Other African nations have taken the need to collaborate even further, seeking to establish partnerships to provide a mutual boost to tourism. Speaking at an event in Marrakech at the end of November 2018, the Africa Director of the Moroccan National Tourism Office, Jalal Imani, said the country was actively pursuing a partnership with Nigeria to promote tourism, particularly for other African tourists: “Tourism is a tool for peace and regional unity and integration, and for Africa to develop as a global tourism destination, it has to discover itself, because Africa is first for Africans.”

When it comes to tourism, Morocco is Africa’s real success story – its tourism industry generates eight percent of the nation’s GDP, with 600,000 people permanently employed in the sector. Now, Morocco is seeking to share its touristic know-how with other nations, as it is well aware of the economic and sociopolitical benefits, from promoting regional peace and unity to sharing cultural heritage.

While obstacles to collaboration remain, these nations are taking a step in the right direction by pursuing alliances now. The good news is that forming and maintaining these partnerships will become significantly easier once AfCTA is ratified. Pololikashvili noted: “Even though this agreement has not been implemented yet, the signing marks the beginning of promising exchanges within the region.”

As Imani’s affirmation that “Africa is first for Africans” shows, the key to economic prosperity can be found within the continent through partnerships with neighbouring countries, rather than reliance on external contributions. With AfCTA easing some of the logistical barriers to these alliances, African nations will be free to work together across many sectors, boosting the continental economy to a competitive global level.