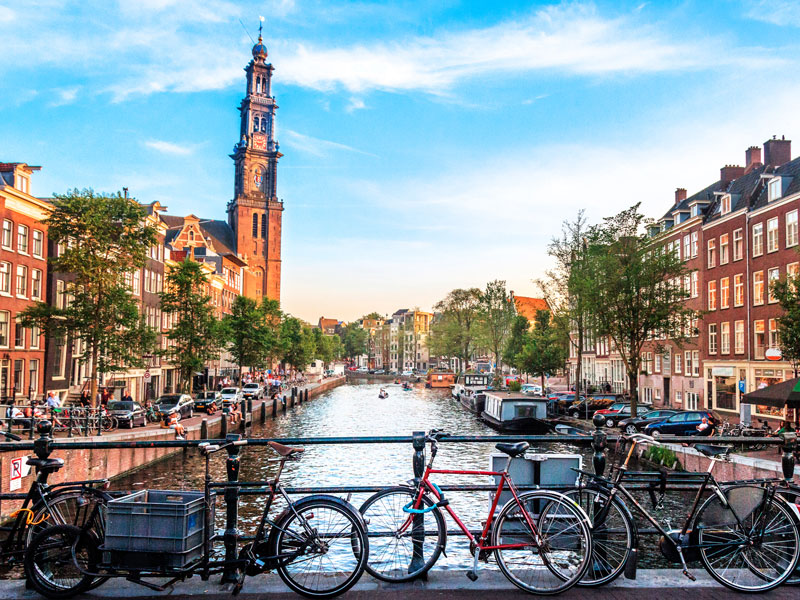 For many around the world, the city of Amsterdam is known for its quiet canals, charming cobbled streets and liberal attitudes. Its residents, however, are increasingly likely to associate the Dutch capital with overcrowded streets, rowdy stag dos and increasingly congested public transport, as tourists visit the city in ever-greater numbers.

In 2018, Holland welcomed 18 million visitors, a staggering number for a country with a local population of just 17 million. This influx of tourists is expected to grow to an incredible 29 million in 2030. Such were the findings of the Netherlands tourist board (NBTC) in its 2019 report Perspective 2030.

According to this report, the NBTC will shift its marketing efforts “from destination promotion to destination management” on the basis that tourism needs to do more to meet the shared interests of businesses and residents, as well as tourists.

Amsterdam’s Disneyfication
Amsterdam has an international reputation as a city of tolerance. However, this tolerance is waning as locals feel that certain tourists regard the city – with its red light district and cannabis cafes – effectively as a playground for adults. The anti-social behaviour from some groups has become a source of resentment among the city’s residents. In May 2018, Amsterdam launched its Enjoy and Respect campaign to remind visitors that they would be fined for littering, making too much noise and public alcohol consumption.

In 2018, Holland welcomed 18 million visitors, a staggering number for a country with a local population of just 17 million

Of course, not all tourists are guilty of this behaviour, nor is this the sole negative outcome of the city’s touristification. Dr Ko Koens, Associate Professor at Breda University of Applied Sciences and an expert in sustainable urban tourism, points to a number of negative social impacts.

“Increasingly, [tourist shops] including ice cream parlour[s] and Nutella pancake shops dominate the more heavily visited tourist streets which, because of this, largely lose their interest for residents,” Koens told Business Destinations. “In other parts of the city, congestion of public transport is mentioned as an annoyance, as well as the rise of short-term house rental services like Airbnb. These are seen to be taking away housing and driving up… rent and house prices.”

Such factors create a bitter narrative among residents that this once tranquil and characterful city is losing its soul. As the number of tourist-orientated businesses grows, there is a fear that Amsterdam will become homogenised and made more palatable for the foreign consumer at the expense of its cultural heritage and national identity.

Anti-tourist sentiment
As the conversation around tourism drifts towards these questions of authenticity and identity, it becomes more emotive, and this can risk obfuscating the economic benefits that tourists bring.

“Authenticity is such a difficult concept, because what is the authentic Amsterdam?” asked Koens. “Until the 1980s, the city centre was relatively run-down with many people living in squatted houses, which provided a [bohemian] atmosphere. Some would argue that this lingers on in the international image of Amsterdam… However, if you look at the city now, it is much cleaner, with nicely maintained gardens or pots of plants [in] the street. In essence, the city centre has been gentrified since the 1980s, with a large group of new, wealthier residents moving in.”

Although the influx of tourists has led to overcrowding and social disharmony, it has also turned Amsterdam into an international hub. Today, the tourism industry is a huge contributor to Dutch GDP. In 2017, the sector contributed €82bn ($92bn) to the economy.

While Dutch tourism clearly needs to find ways of minimising its negative impact, significant moves to limit the industry could hurt local businesses and create a more insular society. For example, earlier this year the European Tourism Association released a report titled Destinations and Sustainability: Addressing Anti-Tourism in Cities, in which it warned that growing anti-tourist sentiment can “unintentionally find itself uncomfortably close to xenophobia”.

If the discourse surrounding tourism grows increasingly antagonistic, it becomes all too easy for locals to forget the crucial role that tourism plays within their economy.

Tourism’s future in Amsterdam
Achieving a balance that works for all stakeholders within the tourism industry – from visitors to residents to local businesses – is sure to be a challenge. However, the Perspective 2030 report is indicative of a growing movement to do more to address overtourism.

In March, for example, the UN’s World Tourism Organisation proposed a number of strategies the sector could employ to do this. These ranged from promoting less popular areas and increasing regulations around large tour groups to ensuring that tourism brings benefits to the local community in the form of job creation and improved infrastructure.

A mutually beneficial industry is achievable, it seems, but it may require tourism’s key players to look beyond non-stop growth and focus instead on tourism that creates value for everyone.

“It would be good to do more to protect the city,” said Koens. “I know that the municipality, particularly those involved in tourism, are working very hard to achieve this, but long-term solutions will also require involving many stakeholders whose core remit is not tourism (infrastructure, urban planning, zoning)… If you treat overtourism as a tourism-only problem, you will not be able to solve it.”

Perhaps the most poignant symbol of shifting attitudes in Amsterdam was the removal of the city’s ‘I Amsterdam’ sign late in 2018. Originally intended as a symbol of diversity and inclusion, the huge red and white letters had become a selfie hotspot and a celebration of how Dutch identity could be borrowed by tourists passing through the city.

By moving the sign, the council hoped to minimise congestion around the Rijksmuseum, but its removal seems to signify something more: from now on, the people of Amsterdam come first.