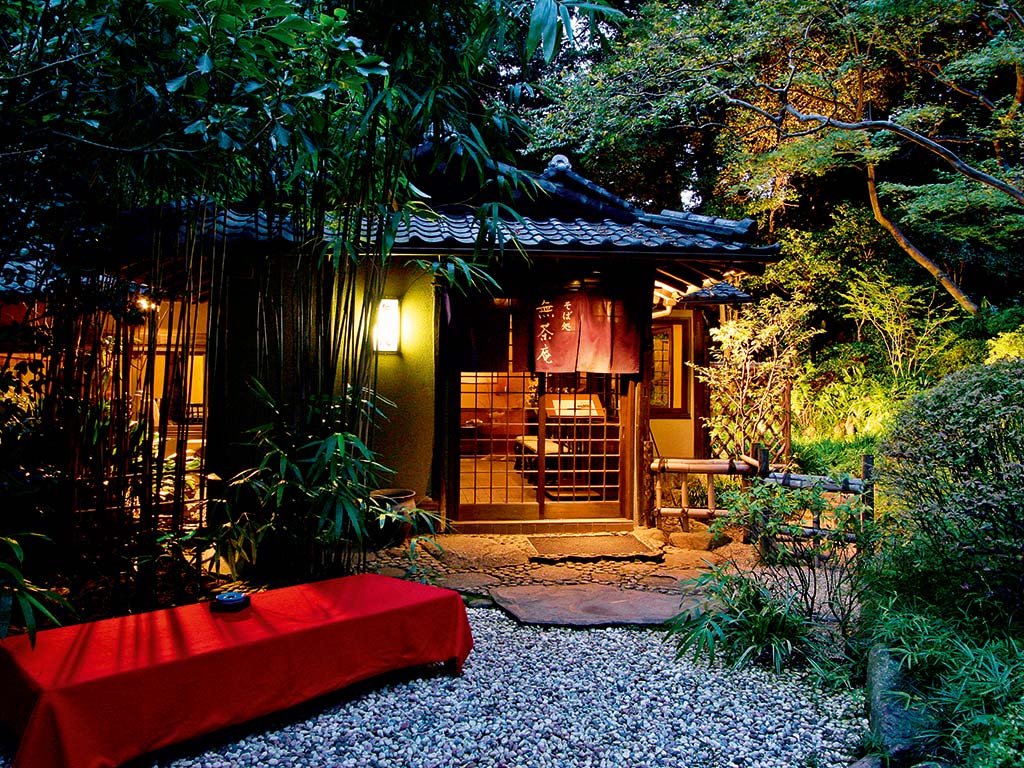 Tokyo, one of the biggest and busiest metropolises on the planet, with a population of 12 million, can be a stressful and disorienting place, especially for foreign travellers. However, in the middle of the city there is an oasis filled with breathtaking greenery and cherished by Tokyoites and travellers alike: Chinzanso.

Today the property is a one-of-a-kind urban resort called Hotel Chinzanso Tokyo, offering jetsetters and weary travellers the ultimate in luxury and natural beauty. Chinzanso, meaning ‘villa on a mountain of camellias’, has been a famous scenic spot for hundreds of years, with its abundance of camellias and a huge variety of other botanical beauties on a Tokyo hillside.

Hotel Chinzanso Tokyo made its debut on New Year’s Day 2013, when its owner and manager, Fujita Kanko Inc, a leading Japanese hospitality company with 60 properties throughout Japan, finally rebranded its iconic flagship hotel. For the previous 20 years it had been known as the Four Seasons Hotel Tokyo at Chinzanso.

A Tokyo treasure
The property came into the possession of the Fujita family in 1918 when Baron Heitaro Fujita acquired it from Japan’s Prince Aritomo Yamagata. After World War Two, Fujita Kanko opened the estate to the public so people could enjoy the oasis and escape from the destruction the war had wrought. The renowned Japanese botanical garden and its historical monuments remain open to the public to enjoy the beauty that each season brings. It is one of Tokyo’s beloved treasures.

“No other hotel in Tokyo owns such a vast expanse of nature, and no other hotel will ever have the chance to do so,” says Koichi Urashima, the hotel’s General Manager. “A lot of what we offer centres around our garden, from the views offered by our rooms and restaurants to various events that are planned around the garden and the four seasons. Japanese have a special appreciation for the changing of the seasons, which our guests can experience in various ways, ranging from traditional rituals to our cuisines.” Some of the special events planned at the property feature cherry blossoms in the spring, dancing fireflies in the summer, breathtaking foliage in autumn and 1,000 camellia trees blooming in the winter snow.

In 1992, when Fujita Kanko built the hotel on the property, it contracted with Four Seasons to be a franchisee. “Obviously it was a great advantage for us to be the first Four Seasons hotel in Asia and we enjoyed a successful and mutually beneficial relationship for many years,” says Akira Segawa, President of Fujita Kanko Inc. “However, during the past 20 years, many international luxury hotel brands have entered Japan. These days clients are looking for more than brands, they are looking for experiences, and that’s what we excel at.”

So Fujita Kanko made a bold business decision and took over every aspect of management and operation for the hotel as of January 1, 2013. The company merged the hotel operations with the banquet facilities and restaurants on the Chinzanso property, that it also owns. Among the many events held in the banquet facilities are approximately 3,000 elegant weddings a year.

Within six months of rebranding, Hotel Chinzanso Tokyo was awarded five Red Pavilions by The Michelin Guide. Now, it earns the title Best Luxury Hotel, Japan, 2013 in the Business Destinations Travel Awards. The hotel offers 260 rooms and suites; 12 restaurants; 36 meeting and banquet rooms; Tokyo’s largest hotel spa; and Tokyo’s most extensive meeting and banquet facilities, including one of the largest banquet rooms in the city that accommodates up to 2,000 guests and a tiered-seating amphitheatre equipped for simultaneous interpretation.

Garden centre
All of these facilities are built around the vast majestic Japanese botanical garden. With the scenic garden as a backdrop, the property is one of Japan’s most prestigious banquet and meeting venues, hosting international conventions as well as functions for royalty and state leaders.

“We are prepared to meet the needs of any type of meeting and incentive business and offer a wide variety of dining options,” says Urashima. “Our garden is a perfect escape from meetings. Our spa even has a traditional Japanese onsen, or hot spring. It’s hard to leave the hotel once you arrive, and the wide range of facilities and activities we offer means you really don’t have to.”

Simultaneously with its rebranding, the hotel began to renovate and upgrade its facilities, an investment of approximately $70m over three years. A new one-of-a-kind facility, Serenity Garden, was opened on the rooftop of the hotel, occupying 16,145sq ft (1,500sq m). The open-air, artificial garden has multiple uses, from weddings and special events to restaurant dining with spectacular views of the Tokyo skyline.

This summer the hotel opened its own rooftop bar, Champagne Garden, which was a big success, receiving more reservation requests than it could accommodate. The hotel has also renovated some of the guest rooms to create unique ‘view bath rooms’, which feature spa-like baths overlooking the garden. Guests can enjoy a relaxing soak while enjoying the beautiful blossoms.

A cultural experience
Since rebranding, the hotel has also increased emphasis on one of its most important assets – Japanese hospitality and culture. It has launched a series of new activities including the traditional Japanese tea ceremony, which has a 1,400-year history; moss ball bonsai workshops; and Japanese etiquette and language classes, where guests can learn Japanese table manners and other practical lessons. One-hour tea ceremonies are performed at the hotel’s two historic garden teahouses.  The art form of moss ball bonsai is taught by the hotel’s own landscape gardener, who has taken care of the Chinzanso botanical garden for the past 30 years.

The art form of moss ball bonsai is taught by the hotel’s own landscape gardener, who has taken care of the Chinzanso botanical garden for the past 30 years.

“We are more than just a luxury hotel; Hotel Chinzanso Tokyo is a Japanese gem – a one-of-a-kind urban oasis where guests can indulge in the ultimate luxury while experiencing authentic Japanese culture,” says Urashima. “A stay at our hotel is a glimpse into the heart of Japan.”

The hotel recently launched an Experience Japan package, targeting international guests, which includes accommodation and a six-course dinner at the hotel’s Japanese restaurants. The special dinner menus accommodate a popular request from international guests to enjoy sushi, tempura and teppan-yaki all at once. These dinner menus are also available for diners not staying at the hotel.

Urashima adds: “Anyone who appreciates the beauty of nature and has an interest in Japanese culture and history will truly enjoy staying at our hotel. It’s a magical experience, draped by historical monuments and architecture, and of course the amazing Japanese garden. Surrounded by zen temple-like serenity and discreet, yet most attentive hospitality, our guests feel as if time passes a little more slowly here.”

The whole city now shares in the excitement and anticipation of hosting the 2020 Olympics. Hotel Chinzanso Tokyo is conveniently located only 5km (about three miles) from the main Olympic stadium – a 15-minute car journey or 30 minutes by train. “We’re so looking forward to the Olympics and the opportunity to welcome many international guests to our city and to our hotel,” says Urashima.