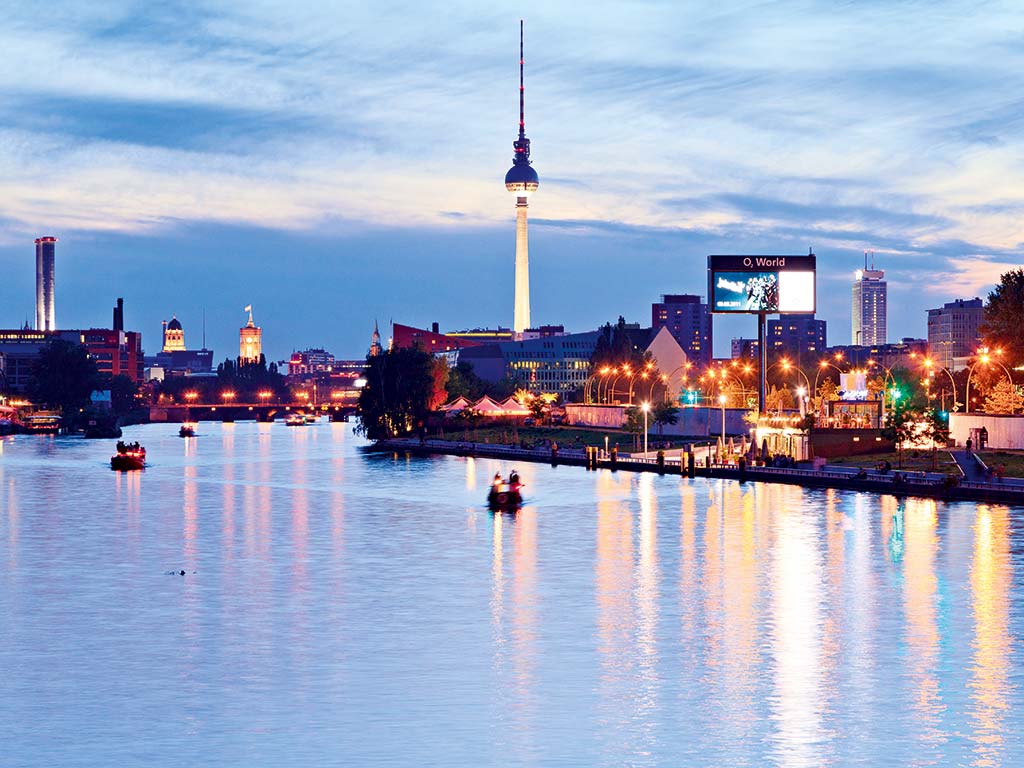 Sometimes selecting the right location for an event is simple; no one needs to compromise if everything is possible. In Berlin, the choice of special locations ranges from the 368m-high television tower to the hangar of former Tempelhof Airport, accommodating 5,000 guests. Europe’s most modern hotel landscape offers unique diversity at favourable rates. In a nutshell, the German capital is the perfect meeting and convention host.

Berlin in numbers
The visitBerlin Berlin Convention Office began compiling congress statistics, launched in 2001 as a pilot project, which have since provided sound data on the development of the meeting and convention market in Berlin. On a half-yearly basis the data is collected and evaluated by an independent market research company and then serves as a basis for future planning.

The specialised collection of all Berlin’s business data shows excellent event and participant numbers for 2012. An impressive 123,900 events took place in the metropolis on the River Spree (a seven percent increase). They attracted 10.5 million guests (up eight percent).

Globally, Germany´s capital is among the three major locations for association meetings. This is confirmed by the statistics of the International Congress and Convention Association (ICCA) for 2012. Having hosted 172 events held by international associations in the past year, the German capital moved up one position to become the third most popular city for conferences and conventions in the world. Berlin is marginally behind Vienna (195 events) and Paris (181), but ahead of Madrid (164 events) and Barcelona (154).

A new building for business
The German capital continues to increase its attractiveness as a location for large-scale events. By the end of 2013, a new congress and trade fair centre – the CityCube Berlin – will be built on the site of the former Deutschland Halle. From spring 2014 it will temporarily replace the International Congress Centrum ICC Berlin, which will be completely closed and refurbished. With the re-opening of the ICC Berlin, Messe Berlin will then have almost the double its current convention capacity. At present more than 511 events with around 225,000 participants per year take place in the congress area of Messe Berlin.

The new capital airport Berlin Brandenburg Willy Brand, BER, will account for the majority of future development in air services to and from Berlin. Currently built on the site of Schönefeld Airport, the latter will be replaced by the new BER
Airport in the same way as Tegel Airport and the already closed Tempelhof Airport. Using public transport, the journey to Berlin city centre takes a mere 30 minutes.

The German capital is the perfect meeting and convention host

Berlin Convention Office
For twelve years the Berlin Convention Office (BCO) of visitBerlin has offered expert support for the organisation of conventions, meetings and incentives. Customers are treated to an experienced team, a broad network of contacts, and the free agency and reservation services for hotel allotments.

Since October 2013 the BCO website has boasted a whole new design. The structure and editorial content have been improved, making it easier to search for information about Berlin as a meeting and convention destination.

Whether users are planning a conference or looking for the perfect incentive trip in the German capital, with just a few clicks they will find the right tips. Search ‘service’ for all BCO offerings for associations, corporates and agencies, and ‘event planning’ to find suitable locations for all kinds of event. To find the perfect Berlin location, visitors can simply use the new Venue Finder.