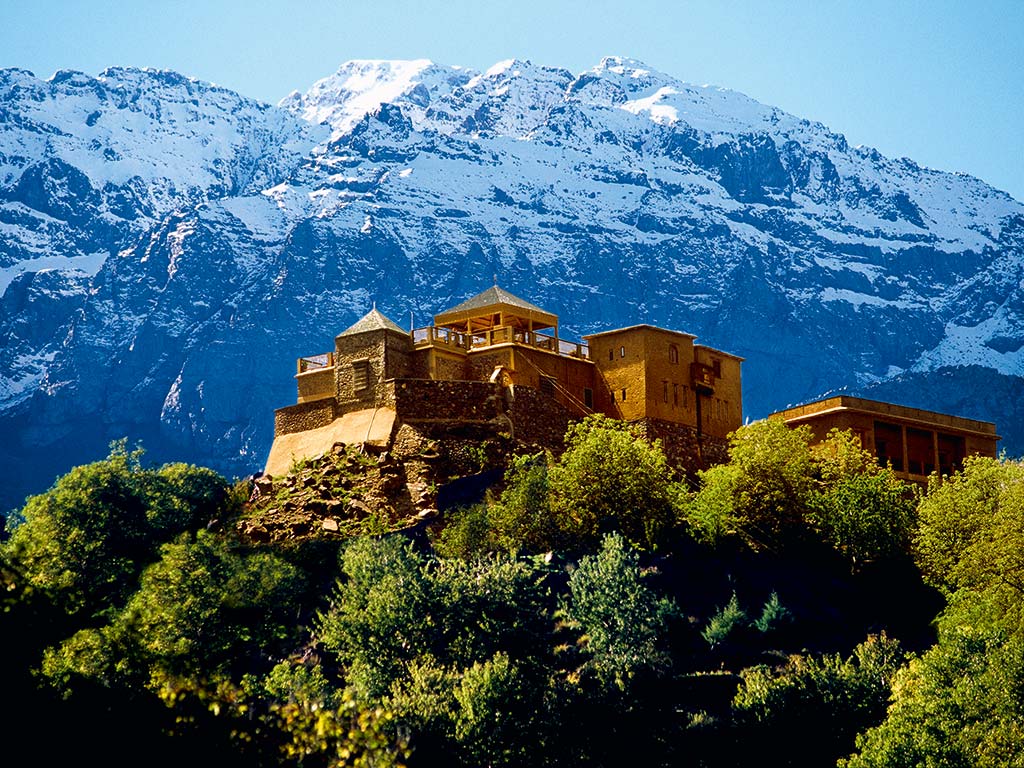 In recent years human resources departments have promoted the importance of developing strong bonds between employees. Now, many getaways are tailored to fulfil this need. However, while many are drab, promising little employee inspiration, some companies are sending their staff to exotic destinations, off the beaten track.

Business Destinations caught up with Chris McHugo, co-founder of Kasbah du Toubkal just outside of Marrakech, about what Morocco and his hotel have to offer companies looking for unique work retreats.

A splendid discovery
Built as a summerhouse in the 1930s, Kasbah du Toubkal was discovered by Chris McHugo and his brother Mike as they journeyed through Morocco in the 1970s. The two had started a travel company that specialised in driving across the country, and it led them to the relatively remote Imlil Valley, where, sitting atop a hill, they discovered what remained of the Kasbah.

Enchanted by the place, and spurred on by reports in 1989 that Morocco was welcoming inward investment, the two decided to buy it – it finally opened in 1995. Such is the splendour of the location, Martin Scorsese chose it as a location for his 1997 film about the Dalai Lama, Kundun, which was nominated for multiple Oscars. Condé Nast Traveller even described it as having, “the best rooftop views in North Africa”.

Roughly 75 minutes away from Marrakech, the Kasbah is only accessible by foot – or mule. This seclusion allows guests to absorb the splendour of the valley as they approach the Kasbah.  Once there, they find an idyllic, hilltop retreat bathed in sunlight. Each of the 14 rooms has en suite facilities and it can host up to 28 guests. Many activities at the hotel revolve around the stunning outdoor setting, where trekking trips can be arranged, while at night guests explore stars in the pitch-black sky with the Kasbah’s telescope.

Business breaks
Destinations are often dictated by time and travel, but the relative closeness of Morocco to key European markets makes it an attractive alternative for work getaways. The Kasbah is ideal for team-building exercises as its unique location in the Imli Valley takes employees out of their comfort zone, creating shared experiences.

McHugo also talks of a method he picked up in his previous role as a consultant to Accenture (then Arthur Andersen). “I saw a technique that they had called ‘House Arrest’. They would take the top teams and say, ‘You can leave here whenever you like, but you’re not going until you’ve solved this problem’.” The Kasbah offers its own remote spot to carry out such exercises. Beyond the main building is a cabin only accessible by foot, which takes four hours to reach. Such a place is ideal for executives that need to problem solve, as it takes them away from distractions and helps focus minds.

Guests lucky enough to discover the Kasbah du Toubkal evidently love the experience. McHugo says one traveller described his brief stay as, “the third best day of his life” (the first being his wedding day, the second the day of his subsequent divorce).

With Morocco so close to Europe – catered for by a growing number of airlines – the appeal of the country for people wanting a relatively close but culturally radical break is obvious. This well-kept secret of a hotel presents the ideal location for companies and tourists alike looking for an experience they will never forget.