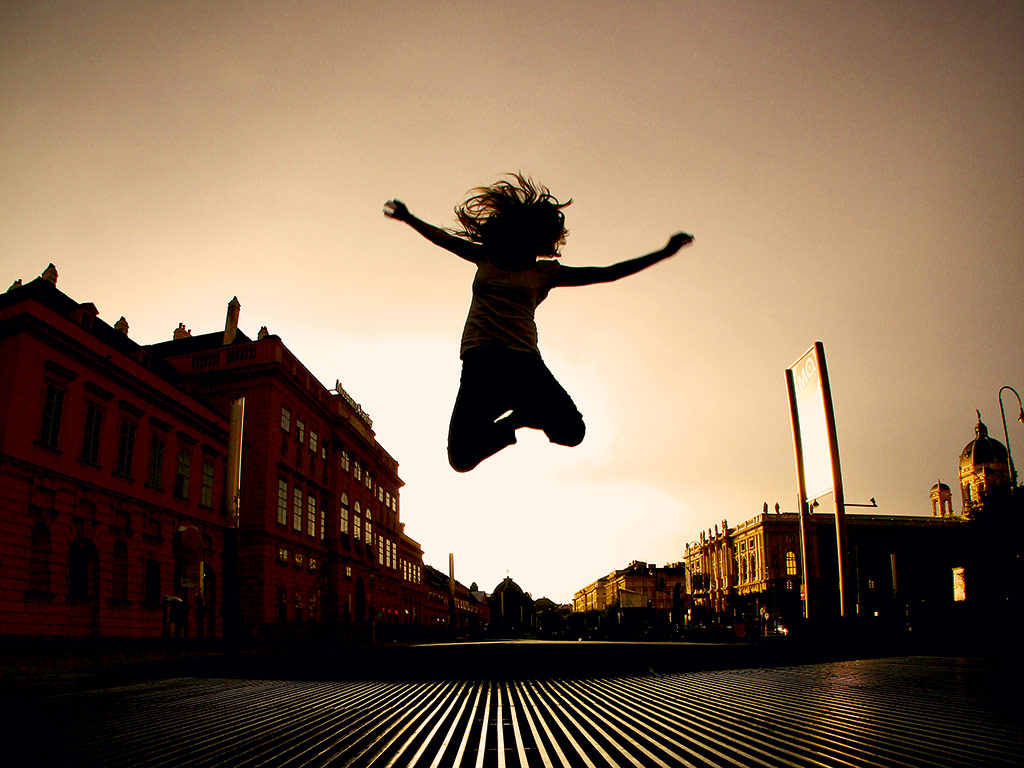 According to the UN's World Happiness Report, ten countries in particular have a lot to be grateful for

Although you wouldn’t guess from papers or watching the news, the world is getting happier. Despite economic woes, wars and environmental disasters dominating headlines, people across the planet are more content with their lives than they were a year ago, if you believe a study by the United Nations.

In September, the UN’s Sustainable Development Solutions Network released its second annual World Happiness Report, which showed that countries with the highest level of
contentment tend to be rather cold. While this may shock people who believe paradise is a beach bathed in warm sunshine, this writer is delighted that so many others share his preference for the cold and wet.

In 2011, the report was launched to gauge happiness worldwide, looking for correlation between certain economic, social and political factors and people’s well being. The UN measures happiness in terms of how people perceive life as a whole, rather than at one given time. The key determining factors are life expectancy, perception of corruption, GDP per capita, freedom to make life choices, social support, and generosity.

Conducted over two years, 2010-12, the World Happiness Report throws up some surprising and more obvious trends. Predictably, people in countries with a high cost of living, and thus wealthy citizens, tend to be happiest. These countries are likely to have higher taxes, spending large amounts on social welfare schemes.

Denmark
The world’s happiest people, the Danes have a lot to be grateful for. Sitting at the foot of Scandinavia, Denmark is made up of flat, arable land and some sandy beaches. Despite bitingly cold weather during the winter, its climate is comparatively temperate compared to its neighbours to the north. The country benefits from having the world’s highest levels of social mobility, income equality and per capita income.

A society based on equality is one where people presumably feel as though there is plenty of opportunity to better oneself. Danes also boast of a good balance between their working and social lives, with workers often going home at 4:30pm. The high rates of income tax – at 45 percent for high earners – goes towards funding an impressive array of public services, such as a higher education system that ranked number one in the world in 2012. The Danes are also lucky to enjoy their food and drink exports – delicious Danish bacon, pastries, and of course Carlsberg.

Norway
The fact that the top two positions of this list of nationalistic joy are Scandinavian may unsettle those terrified by a bit of snow, but the countries share similar social and economic traits that give their citizens such levels of contentment. Norway, like its neighbour Denmark, taxes its citizens more than many other countries, but is able to fund high quality public services as a result.

Its education and healthcare systems are considered some of the best in the world, for example. While its citizens are highly taxed, the state is also able to fund services through its large deposits of natural oil and gas. With the fourth-highest per capita income in the world, it boasts a generous social security system. The OECD ranks the country third in terms of social mobility, as well as fourth on its 2013 Better Life Index.

Switzerland
Switzerland is one of the richest countries by per capita GDP, while its citizens are the wealthiest in the world. Bordering Germany, Italy, France, Austria and Liechtenstein, a diverse range of languages are spoken in Switzerland, while around 22 percent of its population is made up of resident foreigners. Those that live there enjoy the stunning mountainous landscape and the skiing that goes with it, as well as the freshwater Lake Geneva.

The country has a long legacy of sitting on the fence during armed conflicts and has not been in a state of war since 1815. Perhaps it is this non-antagonistic attitude to international relations that has made its inhabitants so content with life – although it’s more likely down to their vast wealth and proud history of chocolate making.

Netherlands
The Netherlands has a reputation for being one of the most socially liberal countries on the planet. Certainly, Dutch nationals’ attitudes towards recreational drugs is more relaxed than in many developed countries – hence the proliferation of smoking houses across much of the country. However, recent laws have been passed to limit their use for any overseas visitors.

The country, due to its history of colonialism, has an ethnically diverse population, with many people of Indonesian, Turkish, Surinamese, and Moroccan heritage joining the remaining 80 percent of ethnically Dutch people. Its children have been voted the most fortunate in Europe, and among the happiest in the world, in a 2007 study by UNICEF. The report showed that Dutch children fared better than others in terms of relative poverty, levels of education, and health standards.

Sweden
The third Scandinavian country on the list is another that taxes citizens heavily, but gives them plenty in return. Despite eye-wateringly high prices for things like alcohol, the country enjoys universal healthcare, a standard 480 days of paid parental leave, five weeks of paid holiday, and a progressive tax system that means those on lower salaries pay less. Such generous government handouts are presumably necessary for a country that spends much of the winter in darkness.

Sweden is also considered to have one of the most transparent political systems in the world, and was declared the world’s ‘best-governed’ country by The Economist in 2013. It was also this year voted the second most reputable political system in the world by The Reputation Institute. Swedes enjoy a relatively fair society, with one of the lowest Gini coefficients – a measurement of income distribution of a country’s citizens – of all developed countries.

Canada
The first non-European entry, Canada shares many of the traits that are evident in its European counterparts. Canadians enjoy a strong, publicly funded healthcare system that is often the envy of its US neighbours. Canada’s economy is one of the world’s largest, while it also boasts one of the highest levels of education, government transparency, and economic freedom. A vast and expansive region that stretches across North America and includes stunning scenery, Canada’s climate can switch from absurdly cold during the winter to baking hot in the summer months.

Because of its historical ties to Europe – it has been ruled by both Britain and France – it shares some cultural attributes with the continent. Certain parts of the country still speak French, for example. It is culturally rich too. Both Toronto and Montreal are considered cultural hubs, with a diverse range of music, film and art being produced in the two cities.

Finland
Yet another Scandinavian country that boasts a good education system – considered by some as the best in the world – Finland has also been voted one of the world’s most peaceful and economically competitive countries. It enjoys a health service that was ranked second in the world by the Earth Institute in 2012. The country rapidly grew its economy in the last 60 years, since emerging as late developers from an agrarian society in the 1950s.

Finnish women also enjoy relatively equal opportunities to their male counterparts, much more so than in other developed nations. The number of women studying at Finnish universities is often greater than the number of men. Finnish citizens, as in other Scandinavian countries, live on a healthy diet of mostly fish. While this suggests healthy eating may be the source of true happiness, this writer hopes not.

Austria
One of the former great powers of Europe, Austria has a rich and storied cultural history and has influenced much of modern society. In the aftermath of WWII, Austria emerged from its annexation by Germany as a permanently neutral state. Although the country is one of the richest in the world, with per capita GDP at $46,330 in 2012, its cultural heritage is surely its most impressive attribute.

The birthplace of many highly regarded classical musicians – including Wolfgang Amadeus Mozart, Joseph Haydn, and Franz Schubert – Vienna was the cultural capital of Europe during the eighteenth and nineteenth centuries. It also spawned many scientific and philosophical breakthroughs in the following decades. Today, Austrians enjoy a country littered with the beautiful architecture of that period. However, it is surely the typical diet of red meat and beer that makes Austrians so happy with their lot.

Iceland
A country that was in the news in recent years for housing some of the most profligate financial institutions in the lead up to 2008’s financial crisis, as well as volcanic eruptions and earthquakes, Iceland has battled through such strife admirably. After the banking crisis saw the state take over three failed banks, the government has begun paying back depositors and is gaining praise from institutions like the IMF for the way it has reversed its fortunes.

While it has comparatively low taxes compared to its Nordic neighbours, Iceland also manages to offer universal healthcare and good education. In 2010, The Lancet said Icelandic people have one of the longest life expectancies in the world. While it is easy to assume that Icelandic people would be susceptible to Seasonal Affective Disorder (SAD) as a result of the almost entirely dark winter months, the rates of sufferers are surprisingly low compared to other countries.

Australia
As residents of the only hot country in the top ten, Australians have a lot to be happy about. The beautiful sandy beaches are world-renowned, but it is Australia‘s economy that has led to such high-level contentment. One of the wealthiest nations, it has the fifth-highest per capita income in the world. Australians have one of the best levels of quality of life, as well as good education, health services, and economic and political freedoms.

A booming mining industry has helped steady economic growth over the last two decades, with relatively low levels of unemployment consistent throughout this period. It’s also enjoying a boom in tourism, and a high level of immigration. People evidently want to visit the country, and enjoy what seems like a typically idyllic paradise. The fact Australians’ favourite pastime is to sit in the sun, drinking beer and cooking barbeques, shows why it’s such an attractive place to live.