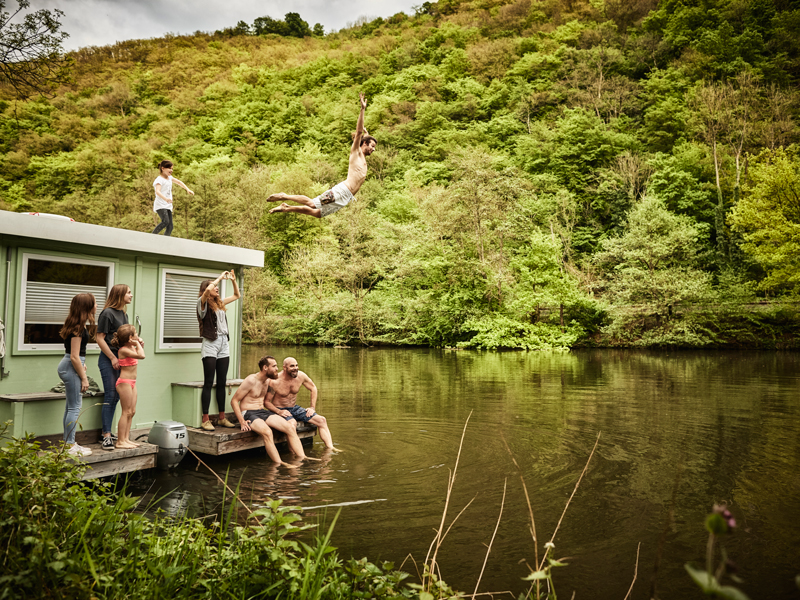 Families are looking for a certain lifestyle that encompasses everything – from relinquishing their material possessions, to educating their children on the road

When it comes to extended travel breaks, there is an unspoken timeframe of social acceptability. Young people are seemingly free to go gallivanting off on yearlong breaks prior to attending university, and retired people can set sail to another country without raising too many eyebrows. But for the large number of people in between, it’s not so commonplace. In fact, taking an extended break can even be seen as career suicide.

Gradually, this seems to be changing. The shifting nature of work could be a significant factor – projections tell us more than half of the US population will be working freelance by 2027. With their newfound flexibility, a small but growing number of parents are taking their children on long-term trips around the world, with some going all in and travelling full-time. Families like these are looking for more than just a break form the everyday. They’re in pursuit of a certain lifestyle – one that encompasses everything, from relinquishing their material possessions to educating their children on the road.

On the road
The origins of the gap year can be traced back to the hippie trail of the 1960s and 70s, when young people seeking self-discovery and cultural exploration would trek across Europe and go through to the Middle East, particularly countries like Iran and Afghanistan. The hippie trail helped to lay the foundations for the modern backpacking model, but also represented a counter-cultural movement and social stigma. A lot has changed since then: there’s now a growing precedent for middle-aged people to take time out from the workplace to explore the world.

Studies have found links between international travel and increased creativity, as well as improved health and even a clearer sense of self

Barry and Jana Capps are part of this new trend. They took their kids on a family sabbatical to Switzerland, documenting their experience on their blog, SwissFamilySabbatical. “We were working long hours and felt like the kids were growing up and we were missing it,” said Barry. “We knew it would be easier to take the kids out of school for a year when they were young, so there was a sense of urgency to take the leap sooner rather than later.”

Many families who take time out to travel often cite the same reasons for doing so: career burnout and the fear they’re not spending enough time with their children. But for any parent ready to take the leap, there’s just one pesky problem: the kids’ education. Most, like Barry and Jana, choose to enrol their children in a local school. For them, one of the biggest motivations was teaching the children another language. “In America, it is not very common to be multi-lingual, and what better way to learn than total immersion?” said Barry.

But for some parents, the appeal of travelling lies in the opportunity to educate their kids differently. Thanks partly to increased visibility through social media, alternative approaches to education are far less likely to be dismissed as ‘counter-cultural’ nowadays, and can instead gain a lot more traction. An online community of travelling families has emerged, with tens of thousands of followers who aspire to adopt this lifestyle and provide their children with alternative education.

The world is my classroom
This lifestyle has come to be embodied by one particular alternative education approach: worldschooling. Business Destinations spoke to Jennie Germann Molz, Associate Professor at the College of the Holy Cross, who is close to finishing a book on this emerging trend.

“Even by the time I started studying the phenomenon in 2014, the term was not very common,” said Germann Molz. “Parents referred to what they were doing as ‘travel schooling’ or ‘roadschooling’ or ‘families on the move’.”

As the name suggests, worldschooling parents integrate their children’s education with the countries they visit. They might test their mathematics by exchanging currencies, learn new languages, or build their knowledge of history by visiting museums and cultural sites.

But Germann Molz points out that academic learning is often not the most desired outcome of worldschooling. “Parents seem less concerned about checking boxes on a curriculum than they are committed to raising their kids to be certain kinds of people: world citizens who know how to ‘feel global’,” she said.

Hannah Canavan and her family took a gap year to travel through South-East Asia, an experience she documented on her blog, Adventure Travel Family. Although Canavan homeschools her kids as opposed to worldschooling them, she was nonetheless motivated by a similar urge to give her kids unique educational opportunities. “We were inspired by a need to explore voluntary work options with some charities that we were aware of in Northern Thailand, combined with a desire to give our children an incredible experience while they were young and adaptable,” she told Business Destinations.

Canavan’s children were all under 10 years old when they started travelling. Most children who travel with their families fall into this same age bracket – for obvious reasons. Presumably it would require endless patience and nerves of steel to drag a moody teenager halfway round the world.

Moreover, as Germann Molz points out, teenagers may find worldschooling much more of a struggle. She told Business Destinations: “It can be a bit more difficult for worldschooling teens to find a peer group, to assert their independence from their parents, to venture into the world of dating, or do some of the other kinds of identity work that kids do at this age when they are constantly on the move with their parents.” There is risk that, after long periods of travelling the world with their family, children could find it hard to socialise and integrate into new groups.

Bumps in the road
Nonetheless, there is scientific evidence that travelling is beneficial to us in a multitude of ways. Studies have found links between international travel and increased creativity, as well as improved health and even a clearer sense of self. Neuroscientist Professor Jaak Panksepp has found that family holidays trigger neurochemicals such as oxytocin and dopamine, which are key to emotionally refuelling and developing strong family bonds. These hormones also promote growth in the frontal lobes of the brain, where most of the processes involved in cognitive functioning, social intelligence and goal-directed behaviours take place.

Travelling abroad does not liberate freelancers from the commonplace gripes and annoyances of their lifestyle: without a set eight-hour day, it can be common for freelancers to work overtime

However, while there are clear benefits to travelling, it still may not be financially feasible for many. Although Canavan and her family managed to make it work as digital nomads, income from freelancing alone wasn’t enough. “In order to fund the trip we saved for six years,” she said. “We also travelled very cheaply and stayed in super budget accommodation, ate local food, etc.”

Barry and Jana, meanwhile, feel their position was uniquely fortunate. “Without Jana’s position in Basel, we would not have been able to get visas to stay longer than 90 days or have had as much money for travel,” Barry explained. “Employment, even if it was just three days a week, was the key.”

For those who do choose to work while they travel, a new host of problems can emerge. “Freelancing while travelling is particularly tricky due to poor Wi-Fi connections and the obvious lack of ability to meet up with clients,” said Canavan. Travelling abroad does not liberate freelancers from the commonplace gripes and annoyances of their lifestyle: without a set eight-hour day, it can be common for freelancers to work overtime. So instead of spending each day on a white sandy beach with a mojito in one hand, freelance parents risk passing the days holed up in a co-working space, glowering at the sunbathing tourists outside while they and their partner take turns looking after the kids.

For some, however, these trials and tribulations will be worth it. Those committed to a life on the road tend to value experience and self-discovery over materialist possessions and traditional career prospects. Like the counter-cultural movements of the 1960s, many worldschoolers are rejecting the consumerist modern lifestyle in pursuit of something simpler, more experience-driven and more family-orientated. Perhaps what these families want most of all is to take life into their own hands and chart their own course.