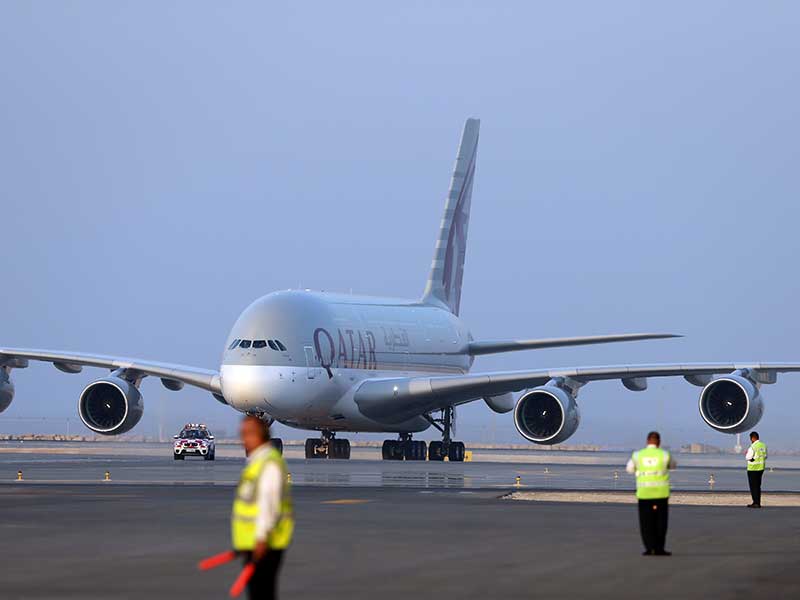 Many flights to and from Qatar’s capital, Doha, have been grounded due to the escalating diplomatic row between the country and much of the Middle East. Travellers going from, to and passing through Qatar are now unable to land in much of the Middle East, with flag carrier Qatar Airways forced to ground several routes.

The flight groundings follow the United Arab Emirates (UAE), Saudi Arabia, Egypt, Bahrain, Libya and Yemen’s decision to cut all diplomatic ties with Qatar over accusations of supporting terrorism. As reported by the BBC, Qatar Airways is now banned from landing in the UAE, Saudi Arabia, Egypt and Bahrain. Additionally, carriers operating flights to Doha, such as Emirates, Etihad, Saudia and Gulf Air, have also suspended their routes. In order to access Doha from any of the restricted countries, travellers will have to fly via a destination unaffected by the travel bans.

The cancellations do not affect any flights travelling through Doha to destinations beyond the Middle East, but some routes may have a longer flight time in order to avoid newly restricted airspace. For travellers who are affected, refunds and alternative bookings are being offered.

Qatar Airways, one of the region’s more dominant airlines, is now facing significant pressure. According to Bloomberg, the airline has been forced to cancel over 50 daily departures due to the bans, and Arab News reported its licenses had been revoked by both Saudi Arabia and Bahrain, forcing offices to close. Any further expansion plans by Qatar Airways will have to be put on hold until the crisis is resolved.

The diplomatic freeze is due to accusations Qatar has provided support to a number of militant groups, an allegation the country adamantly denies. As well as flights, naval routes have also been closed. Meanwhile, Qatar’s food supply relies significantly on imports, making shortages likely in the near future.