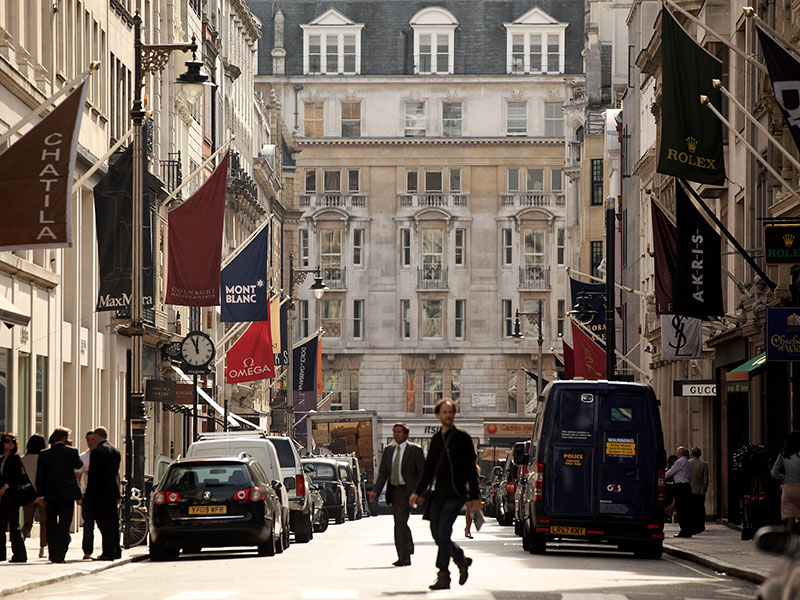 New Bond Street, London. In spite of a series of recent terror attacks, tourism in the UK is on the rise, largely thanks to a weak pound following the country's Brexit vote

The UK is becoming an ever-more attractive destination for holidaymakers, thanks in part to a weak pound in the wake of last year’s Brexit vote. The UK welcomed a record 8.3 million tourists in the first three months of 2017, marking a 10 percent rise on the same period last year. According to the Office for National Statistics, these record-breaking figures reflect the UK tourism industry’s best first quarter of any year in history.

The fall in the value of the pound is thought to have been a principal factor behind this spike in tourism, as foreign visitors can now get more for their money, particularly in the nation’s famously expensive capital. The pound has weakened dramatically against the dollar and the euro in the aftermath of last June’s Brexit referendum, and shows few signs of strengthening as the UK enters exit negotiations with the EU.

Terrorism fears have had a dramatic effect on France’s tourism industry, but the UK’s tourism numbers appear largely unharmed

While this decline makes foreign travel more expensive for British holidaymakers, it has enhanced the UK’s appeal as a shopping destination among visitors. In the first quarter of the year, tourist spending rose by an impressive 16 percent, with international visitors parting with a record £4.4bn ($5.7bn).

Visitors from China and the US have been leading the tourism boom, and bookings from both nations are also up for the summer season. Between January and March, the number of Chinese visitors to the UK rose by 29 percent, with a record 54,000 holidaymakers flocking to the UK.

Chinese tourists spent £91m ($118m) in the UK in the first three months of the year, with London’s famous shopping districts proving particularly popular with Chinese shoppers. It is estimated that some 70 percent of shoppers in Burberry’s Regent Street store are Chinese tourists, while department store Harvey Nichols has recruited Cantonese and Mandarin-speaking staff to accommodate Chinese customers.

With bookings for the summer months looking strong, it appears that the UK’s recent series of terror attacks has had little impact on tourist interest in the country. Terrorism fears have had a dramatic effect on France’s tourism industry, but the UK’s tourism numbers appear largely unharmed.

The UK tourism industry has now been growing steadily for six years, with 2016 marking a record year for foreign holidaymakers. Last year, visitor numbers grew by four percent to a staggering 37.6 million. If this tourism boom continues, 2017 may well prove to be the most successful year on record for the UK tourism industry.