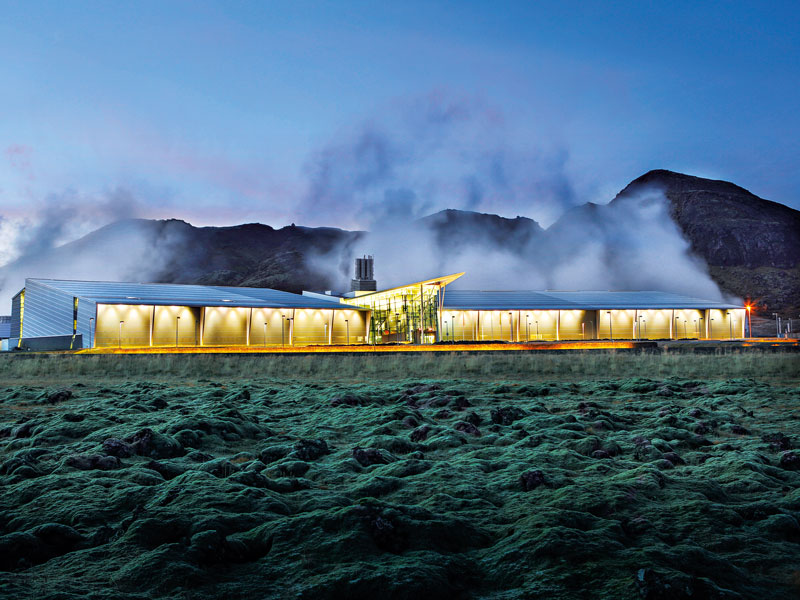 Iceland’s advancement in geothermal energy can be attributed to its location, which gives it access to these bountiful natural resources

About a 20-minute drive from Reykjavik, surrounded by mossy hills and active volcanoes, lies one of Iceland’s most impressive tourist attractions. Hellisheiði Power Plant has become popular not just for its spectacular setting within the Hengill geothermal area, but as a place for visitors to learn about the pioneering activities at the forefront of geothermal power production.

Geothermal sources currently make up about a fifth of Iceland’s electricity production, which is the highest amount per capita in the world. Meanwhile, almost every home in the country is heated by geothermal energy from power plants like Hellisheiði.

The site is run by ON Power, Iceland’s largest geothermal energy company and the country’s undisputed leader in extracting energy from volcanoes. Through renewable sources, it fulfils half the heating needs of Iceland’s capital area and provides about half of Iceland’s domestic electricity.

Tourists are invited to witness the process first-hand by visiting Hellisheiði Power Plant, which hosts the popular Geothermal Exhibition and employs on-site staff to provide tours and answer questions.

Heating up
The heat within our planet is an immense energy source, but so far we are harnessing it mostly in geologically active areas, where the heat meets the Earth’s surface. Specifically, this means areas where the tectonic plates comprising the Earth’s crust meet, at which points heat is accessible at shallower depths than elsewhere.

In part, Iceland’s advancement in geothermal energy can be attributed to its location, which gives it access to these bountiful natural resources. However, it is also linked to its need for heating, high levels of education and the fact that the country has no known fossil fuel sources.

To transform Iceland’s geographic resource into a useful source of energy, geothermal power plants tap into the groundwater that has come in contact with hot bedrock. To access the heat, engineers drill into the surface of the Earth, breaking through to the geothermal fluid beneath. This drives electric turbines and heat exchangers to produce hot water, which is then piped into homes across the country.

Energy revolutions
Iceland’s first dramatic energy shift occurred in the 20th century. House heating was once Iceland’s largest emitter of greenhouse gases, but it has now been all but eliminated. For the purposes of heating, geothermal energy has superseded coal and oil to the extent that 90 percent of Icelandic households now enjoy geothermal heating.

The next dramatic change will be the end of traffic emissions. This revolution is already underway thanks to ON Power’s efforts in installing infrastructure for electric cars and promoting their use across Iceland. The company’s fast-charging stations now cover Iceland’s busiest routes and largest urban areas.

Volcanic systems in the Hengill area

Volcanic eruptions have occurred in the Hengill area in 11,000 years

Years since the last eruption

ON Power is on a mission to demonstrate that responsible utilisation of geothermal energy can achieve carbon neutrality. Through power stations like Hellisheiði, the company is pioneering a scientific operation that will prove to be a crucial step forward for energy sustainability.

Groundbreaking innovations illustrate that remarkable goals are already in sight, such as the mineralisation of CO2 in basalt through the CarbFix project at Hellisheiði.

Responsible geothermal utilisation demands a workforce of sharp-witted scientists, skilful technicians, handy craftspeople and insightful managers. ON Power’s ambitious goal of emission-free operations sets the bar high for its employees, but a visit to Hellisheiði will leave you optimistic that it is achievable.