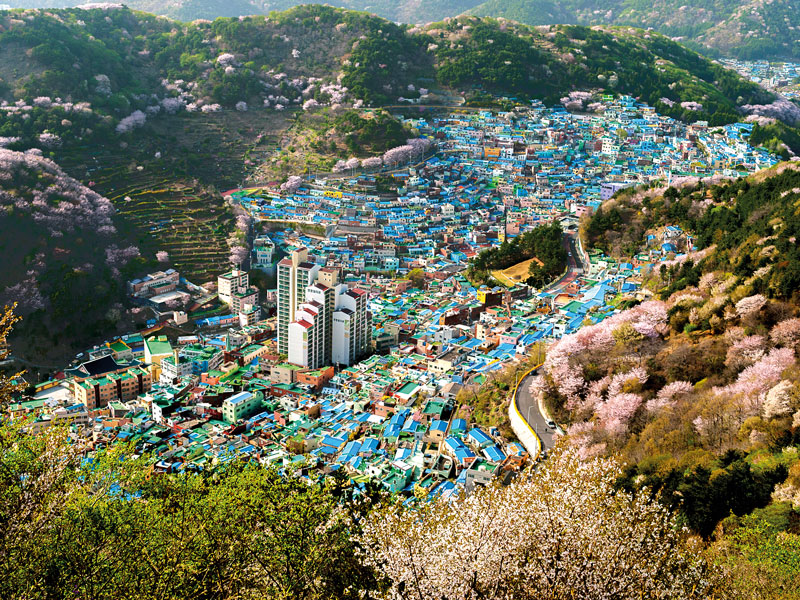 Thanks to the broad array of dynamic and flexible facilities Busan offers, the city is gaining a reputation as a preeminent MICE destination

Busan traces its history as far back as the second century, when it was known as Geochisan, which translates to ‘rough mountain’. By the 15th century, a royal decree selected bustling Busan as the primary trading port with nearby Japan. In the years since, it has grown to become the fifth-busiest port in the world. Given this status, it’s little surprise that Busan has emerged as a regional hub for businesspeople and travellers from around the globe.

Today, Busan is gaining a reputation as a preeminent MICE destination. This is thanks to the broad array of dynamic and flexible facilities it offers, as well as the comprehensive range of support services that make hosting an event in Busan a breeze. This last point is both a matter of pride and a guarantee from Busan Tourism Organisation’s MICE bureau: with a multitalented and multilingual team in place, the venue ensures business travellers are in the very best hands throughout their stay in Busan.

The great outdoors
Unlike many other lively metropolises, Busan boasts a variety of charming beaches – a feature that the city has long been known for. For those travelling on business, there’s no better way to unwind after a long day of meetings than visiting one of the city’s five main beaches and dipping a toe in the cool water of the East Sea. Those with a more adventurous spirit can enjoy a range of watersports, from jet skiing to surfing and scuba diving.

Given its infrastructure, it’s little surprise that Busan has become an active contributor to the country’s entertainment and arts scene

Walking and hiking are also favourite pastimes for locals and visitors alike. There are miles of coastal walking paths to be navigated, offering the most breathtaking views of the ocean and city. For a more challenging climb, there are plenty of mountain trails to pick from, all offering views of the city and its surrounding areas from a stunning vantage point.

Whether they are working, exploring or relaxing, all visitors will find themselves enticed by Busan’s food during their trip. The city has a long history of fishing, with locals having enjoyed the ocean’s bounties for generations. As a result, Busan’s citizens boast a remarkable understanding of how to work with seafood, making the greatest effort to honour each ingredient and producing exquisite dishes in the process.

Throughout Busan, visitors will notice the contrast between nature and urban spaces. You could be looking up in awe at the towering skyscrapers of Marine City or the great Buddha statue at Haedong Yonggungsa temple, haggling in the historic Jagalchi Market or shopping at the super-suave Shinsegae department store. It is this unique blend of history and modernity that plays a big role in the city’s charm.

Varied venues
Among Busan’s biggest MICE highlights is the Nurimaru APEC House, an expansive and multifaceted space that plays host to a range of events each year. Of particular note were the 2005 APEC Summit and the Korea-ASEAN Special Summit in 2014. In 2019, Busan will host the summit again. Alongside these high-profile political events, numerous academic conferences (both domestic and international), corporate meetings, exhibitions and parties regularly take place.

Cultural events are also very popular at the venue, which is home to the Busan International Film Festival, a major event in the region’s cultural calendar. Further, Nurimaru APEC House has an indoor performance space, seating 841 spectators, and four indoor theatres. It also has a unique outdoor theatre and the Dureraum Plaza, which is available for live performances and film-related events. In addition, the large indoor exhibition space functions as a multipurpose room, lending a valuable degree of flexibility to the venue. Given the heat in Korea, both the outdoor theatre and outdoor plaza are built with huge roofs to shield guests from the sun. In the evenings, event organisers can display vivid images using the roof’s cutting-edge LED lighting facilities.

Looking seaward, there is the Bay 101 yacht club, a marine leisure facility located in Haeundae. Its noteworthy location near internationally acclaimed vacation spot Dongbaek Island provides phenomenal views of the ocean. This juxtaposition with the facility’s modern buildings makes for a gorgeous event space that can include various types of events and tours.

Another venue that must be mentioned is the F1963, which was established by wire manufacturer Kiswire in 2016. With the hosting of the Busan Biennale in September 2016 – F1963’s opening event – the factory that had manufactured wire ropes for 45 years was reborn as a cultural centre. Today, it offers an eco-friendly space where nature and art coexist. In the coming years, F1963 will continue to bring the community and artists together to become a world-class cultural venue.

A flurry of growth
In response to growing demand, Busan is now set to further expand its arts and entertainment facilities. By 2022, we’ll see the arrival of the Busan International Arts Centre, the Busan Opera House and the Busan Lotte Town Tower. Together, they are expected to boost the city’s venue offerings for a wide range of global events.

The Busan International Arts Centre, due to open in 2021, will be a welcome addition to the popular Busan Citizens Park. The site will encompass an area of more than 29,000sq m, with the three-floor complex offering more than 20,000sq m of space for a range of multipurpose cultural events. In addition to exhibition halls and meeting rooms, the complex will boast a 2,000-seat concert hall.

During the following year, the much-anticipated Busan Opera House will be opened. It’s a key part of a major city waterfront land reclamation project that takes place near the Busan Port International Passenger Terminal – a popular stopping point for cruise ships. Designed by renowned architecture firm Snøhetta, the expansive, open-plan building will be enjoyed both inside and out, across all five of its levels. Totalling 51,617sq m, it will include a 1,800-seat grand theatre, a 300-seat small theatre, an exhibition hall and a rooftop space offering spectacular views.

Also set to open in 2022 is the ultra-modern Busan Lotte Town Tower. It will be located in the city’s central Nampo district and will join the existing Lotte shopping and entertainment complex. At 380m tall and spanning 30 floors, the harbour-side skyscraper complex will include an array of shopping and entertainment facilities, including a theme park, gardens and a rock-climbing wall.

These venues are part of an ongoing flurry of growth in Busan’s cultural events infrastructure. Most recently, April 2019 saw the arrival of the Dream Theatre, which is billed as Busan’s first musical theatre. It opened its doors with a production of the world-famous The Lion King. Meanwhile, last year, the Museum of Contemporary Art Busan was unveiled.

Given its infrastructure, it’s no surprise that Busan has become an active contributor to the country’s entertainment and arts scene. For example, the city hosts the Busan One Asia Festival and Art Busan, which both attract large global audiences each year. In 2018, more than 2.4 million people visited Busan, up from around 2.3 million in 2017. The figure is expected to hit three million by the end of this year.

For international visitors wishing to host their events in Busan, the Busan Tourism Organisation provides a range of support services and subsidies, providing event organisers with everything they need to create the perfect event.