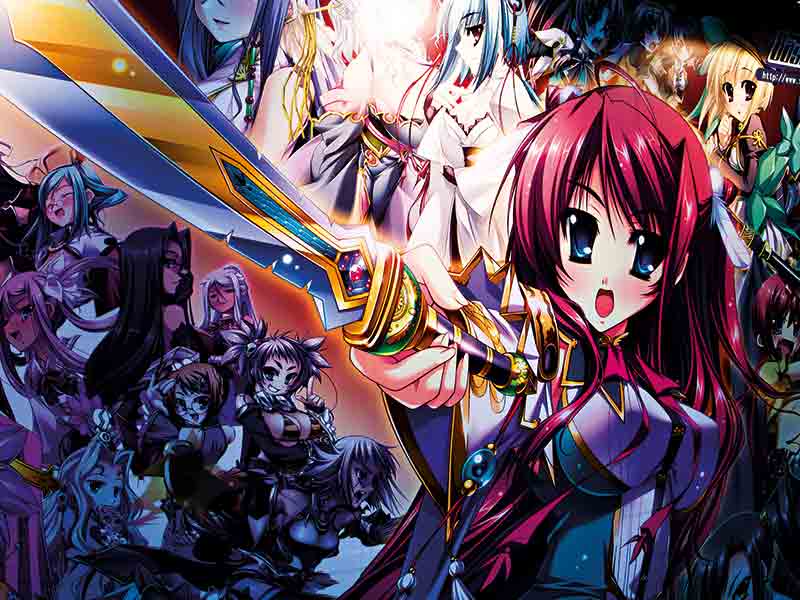 Anime originated in Japan, but is now seeing an explosion of popularity in China. The Chinese anime industry is expected to outgrow Japan's as early as this year

From the Oscar-winning Spirited Away to summer 2016’s ubiquitous Pokémon Go, the influence of anime on western culture is undeniable. Wildly popular in its native Japan, anime is quickly crossing national borders, winning fans with its stunning visuals and engaging storylines in markets as diverse as Russia and Mexico. And yet, while we may think of anime as a modern phenomenon, we have actually been feeling its cultural influence for some time.

“Anime has been around on western screens for a lot longer than people think,” said Griseldis Kirsch, Senior Lecturer in Contemporary Japanese Culture at SOAS University of London. “Early shows such as Marine Boy simply weren’t marketed as anime, but were merely seen as cartoons like any other. No one thought of them as Japanese.”

In the years since these small-screen anime debuts, the genre has gone from strength to strength. The breakthrough success of Sailor Moon and Pokémon propelled anime into the cultural mainstream in the 1990s, and by the 2000s, it had become a truly global phenomenon. The industry’s astronomical rise is still showing no signs of slowing down, with 2016’s Your Name emerging as the most commercially successful anime film ever released, smashing box office records both at home and overseas.

Significantly, the sentimental coming-of-age movie has also captured the hearts of cinemagoers in China, meaning it is fast becoming the most successful Japanese film ever shown in the nation. The film’s runaway success at the Chinese box office is not only testament to director Makoto Shinkai’s masterful storytelling, but also the rapid growth of the Chinese anime market. Estimated to be worth more than $21bn, China’s flourishing anime industry is expected to outgrow Japan’s as early as this year.

Cross-cultural appeal
Raking in a staggering $41m at the Chinese box office in its opening weekend, Your Name is something of a standout smash hit in China. Film experts believe the dreamy teen drama has tapped into some of the country’s unique anxieties, while its bittersweet tale of star-crossed lovers and missed connections has struck a chord with young Chinese citizens yearning for escapism. And yet, such emotional depth and complexity of plot is by no means unique to Your Name.

“Japan has really been at the forefront of psychological fiction for 1,000 years,” said Susan Napier, Professor of Japanese Studies at Tufts University and author of Anime from Akira to Howl’s Moving Castle: Experiencing Contemporary Japanese Animation. “The world’s first psychological novel – The Tale of Genji – was written in the year 1000 by a Japanese woman, and it’s very psychologically deep and introspective.”

Estimated to be worth more than $21bn, China’s flourishing anime industry is expected to outgrow Japan’s as early as this year

Napier believes, in many ways, anime continues this rich literary tradition, creating complex characters and weaving storylines that navigate oft-unexplored emotional landscapes. Crucially, anime plots often focus on the whirlwind emotions and coming-of-age moments of youth, winning the genre many young fans across the globe. While European and US cartoons tend to be more simplistic in their storylines (often leaning heavily on humour), anime paints a more nuanced picture of the human experience.

“Anime really touches on all of the emotional bases in a way that’s really amazing,” said Napier. “Anime can be funny, but it can also be dramatic, tragic and apocalyptic. For young people who are grappling with some big life questions, anime really taps into what they are feeling.”

Whether exploring love or loss, anime focuses on themes everyone can easily relate to. What’s more, the genre deals with these universal human emotions while also commenting on an array of contemporary concerns, including gender inequality, mass urbanisation and government control. By appealing to both the universal and the specific, anime has captured the imagination of young people around the world, with Chinese youth responding particularly positively to the genre. Not only do certain anime franchises perfectly capture the modern-day concerns of young Chinese citizens, they also provide the perfect medium for viewers to escape from these pressing anxieties.

Visually speaking, anime creates a magical, dreamlike realm, where fantasy and reality blend together seamlessly. For those looking to lose themselves to pure escapism, this otherworldly element provides the ultimate release. Worlds that appear logical will suddenly give way to the fantastic, offering an appealing alternative reality to world-weary viewers.

Big-money business
Thanks to a surge in Chinese interest, anime sales are now booming: in 2015 alone, sales of the Japanese cartoons rose by 79 percent, with more than half of that increase coming directly from Chinese buyers. Having captured the hearts of the Chinese youth, anime is now coming for their wallets too.

After a stringent government crackdown on online piracy, legitimate streaming sites such as Youku and Bilibili have been paying extraordinary sums for anime streaming rights. It is not unusual for an episode of one of the most popular shows to sell for more than $100,000, while an entire series can cost upwards of $1m. While this is an incredible amount of money to be spending on licensing, the viewing figures prove this hefty investment is worthwhile: for example, on Youku alone, episodes of the popular ninja series Naruto have more than 2.5 billion views.

As this appetite for anime grows among the nation’s youth, China’s internet heavyweights are looking to a future beyond licensing rights. Instead of simply importing Japanese anime, China is hoping to create its own original content, and is pouring billions of dollars into home-grown animation studios. Leading the way are web giants Alibaba and Tencent, which are increasingly looking to partner with Chinese animators and domestic art studios.

Your Name’s opening weekend takings at the Chinese box office

In November 2015, Tencent paid $30.5m for a 15 percent stake in video-streaming site Bilibili. Since forming the partnership, Tencent and Bilibili have been creating a steady flow of Chinese-language shows, agreeing to make 20 original anime series over the course of two years. However, luring Chinese anime fans away from their beloved Japanese shows may prove an incredibly difficult task, even for internet titans such as Tencent and Alibaba.

“Currently, the label of ‘Japanese’ does still seem to matter enormously to anime fans,” said Kirsch, as she explained why Chinese consumers might be reluctant to embrace domestic productions.

Indeed, in a recent survey of Chinese anime fans, 82 percent of respondents said they watched Japanese anime, while just 14 percent said they preferred Chinese animations. With billions of dollars being spent on bringing in top animation talent from Japan, however, China’s domestic studios are gambling big money on winning over these sceptical audiences.

Cartoon communities
As anime fever sweeps the nation, China has wholeheartedly embraced fandom culture. Anime conventions are springing up in almost every major city across the country, bringing thousands of ‘superfans’ together in mass social gatherings. Many attendees dabble in cosplay, dressing up as their favourite anime characters for a fully immersive convention experience.

In April, anime fans descended on the city of Hangzhou, where this year’s China International Cartoon and Animation Festival was taking place. The event attracted more than one million attendees over a six-day period, with fans shelling out more than CNY 2bn ($290m) on goods and merchandise. Thanks to China’s booming middle class, many young city-dwellers now enjoy a certain level of disposable income, far outspending previous generations when it comes to pursuing hobbies and interests.

Aside from generating record sales, these events are also places where lifelong friendships are formed. There is a strong sense of community among the anime fandom, with enthusiasts united by their shared passion for this somewhat underground culture. Of course, the advent of social media has only helped fuel the growth of these communities, with fans instantly able to connect with likeminded anime lovers from all over the world.

“Social media is really important, of course,” said Napier. “But what really brings them together is this sense of having a special relationship with something that’s a little bit different.”

For these fan communities, part of their enjoyment of anime seems to stem from this feeling of ‘otherness’ – that they are all involved in something outside of mainstream entertainment. And yet, as anime films scoop Academy Awards and break box office records worldwide, the genre is beginning to enter the global cultural consciousness in an unavoidable way. Indeed, Your Name has become such a smash hit that its director, Makoto Shinkai, has said the film’s overwhelming popularity is “not healthy”. In fact, the filmmaker has gone so far as to say: “I don’t think any more people should see it.”

With films such as Your Name enjoying such mainstream success, anime can no longer be truly considered a subculture. Director-animator Hayao Miyazaki has become something of a household name, and streaming service Netflix is even in the process of producing its own original anime shows. The genre has largely moved away from its underground roots, and now sits at the forefront of the global entertainment industry. As to whether this newfound popularity will alienate anime from its die-hard fans, only time will tell.