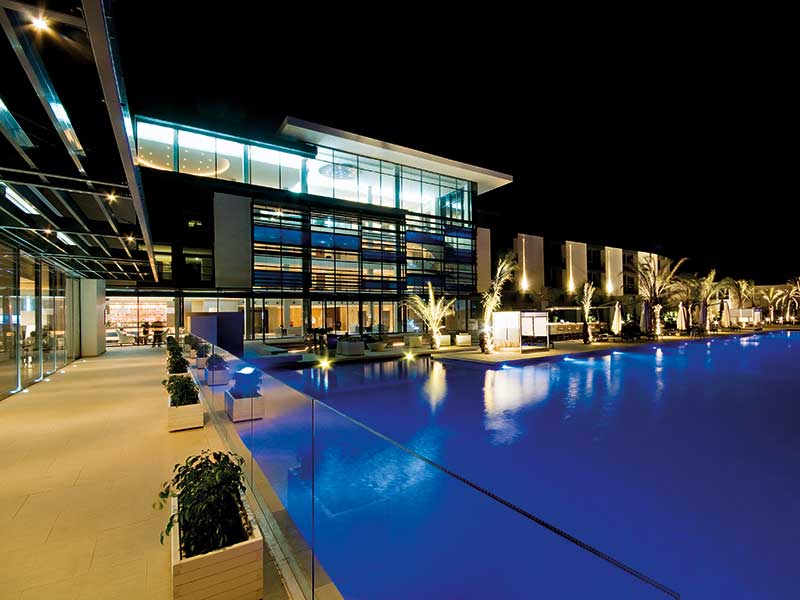 As an international hotel chain, Carlson Rezidor Hotel Group is known for its fast-growing presence, worldwide execution and excellence of service. Its decision to implement hotels throughout Africa is proof of a high and dynamic willpower that is set to lead the industry.

In particular, Dakar’s local market is attractive yet challenging as the industry grows rapidly, with regular openings of new venues each year. With personal experience of more than 40 years in the hospitality industry, during which time I have worked in the best and greatest hotel groups, my career has led me from working as Food and Beverages Manager to General Manager across five continents.

Having been the General Manager of Radisson Blu Hotel, Dakar Sea Plaza since 2010, I’m happy to work with a team that has sustained the increasing renown of our five-star property at a global level, encouraging corporate clients and international firms to use the hotel as their preferred business destination in West Africa and Senegal.

A change of scene
Senegal currently welcomes many business travellers. We were able to acquire a very important part of the tourism sector by continually promoting this key market. It should also be noted that most hotels on the Cape Verde Peninsula are located on the seafront and are equipped with the necessary facilities for relaxation and leisure. According to research by Colliers International, there has been strong growth in the occupancy rate of hotels in Dakar in recent years.

Radisson Blu Hotel, Dakar Sea Plaza’s success is due to its fantastic team spirit, which helps the staff overcome any challenge

The Radisson Blu Hotel, Dakar Sea Plaza is part of the Rezidor Hotel Group, which operates nearly 400 hotels across five continents. The group manages the operation of the Radisson Blu Hotel, Dakar on behalf of Teyliom Properties. When I was working as an employee of the Rezidor Group, I was consulted over the management of this hotel and, knowing the history and culture of Senegal, I did not hesitate to seize this opportunity.

Today, I no longer consider myself a foreigner, but rather a proud member of the Senegalese community, which is very famous for its unparalleled sense of hospitality. By combining this beautiful aspect of the Senegalese society alongside our motto, “Yes, I can”, we can attest without any doubt that our hotel has succeeded in smoothly integrating into society, since all the hotel’s staff members – me the first – are fully involved in the satisfaction of clients through total dedication in terms of service provided. For us, the sky has no limit when it comes to making the client happy.

Our success is also due to our fantastic team spirit, which helps us overcome any challenge, and a strong management team which boasts exceptional leadership.

Core values
The most important feature of the Radisson Blu Hotel, Dakar Sea Plaza is the professionalism of its staff team, which transmits the group’s “yes, I can” philosophy through its positive attitude and first-rate hospitality. We promise our guests an exceptional experience by guaranteeing them 100 percent guest satisfaction. I can assure them that, for the staff of the Radisson Blu Hotel, Dakar Sea Plaza, satisfying the customer is a constant challenge and pleasure – for all of us, it is a real honour to serve our customers.

This led the daily newspaper Le Figaro to classify it in its list of the top 10 most prestigious hotels in the world in 2009. This luxury is indeed enhanced by all its values specific to Senegalese culture and, above all, by the Senegalese teranga, or hospitality, which is reflected in every employee. This inspires security and makes you feel at home.

Human capital is the most important and secure element of any organisation, whatever its purpose. A large Senegalese majority composes the workforce of the Radisson Blu Hotel, Dakar Sea Plaza. I am delighted with the highly qualified human capital found in Senegal – this is the essence of our institution, and is present both in the management team and in the operational team. This plays a fundamental role in the hotel’s success.

On my arrival at the hotel, I was able to make the professional environment much more cordial by consolidating the links between collaborators, while strengthening the business’ decision-making capacity. As a result, every May 1 – Labour Day – in a very relaxed atmosphere, the heads of departments work in the hotel kitchens and do the service, to the delight of the rest of the staff.

Meetings are held periodically between the staff and the general management team, with presentations of the activities being carried out and future projects. All this helps to gather the overall opinion of the staff. During these meetings, the best employees are rewarded, a raffle is held, and at the end of the meeting a cocktail party is organised. Future generations
My advice to young, incoming general managers would be to focus on client satisfaction through self-dedication and quality of service. They will also have to fully take advantage of the opportunities given by social media and digital technologies to be able to make their guests happy, while driving their hotel and achieving their target in terms of revenue and gross operating profit. Each failure should be regarded as a fantastic chance to learn and develop additional skills.

Each staff member should be empowered to take charge of their own decisions, and should be guided by strong leadership to develop their skills. The future generation of general managers will also have to be flexible, while being able to anticipate quick market changes by being proactive and taking in advance the best decisions for their customers and their business.

I would like to maintain the involvement of the Radisson Blu Hotel, Dakar Sea Plaza in the local community by constantly improving its services. I would also like to continue to implement new ideas and activities to bring more experience to the customers.

In the future, we are planning even more training for staff members to help them strengthen their knowledge of the hospitality industry, while giving them the opportunity to cross-train in our hotels in Europe, the Middle East and West Africa, as recommended by one of the policies of the Rezidor Hotel Group.

Our aim is to promote staff within our institutions to the levels of supervisor, manager, executive and general manager, with a keen focus on equal opportunities for each employee, based solely on his or her abilities.