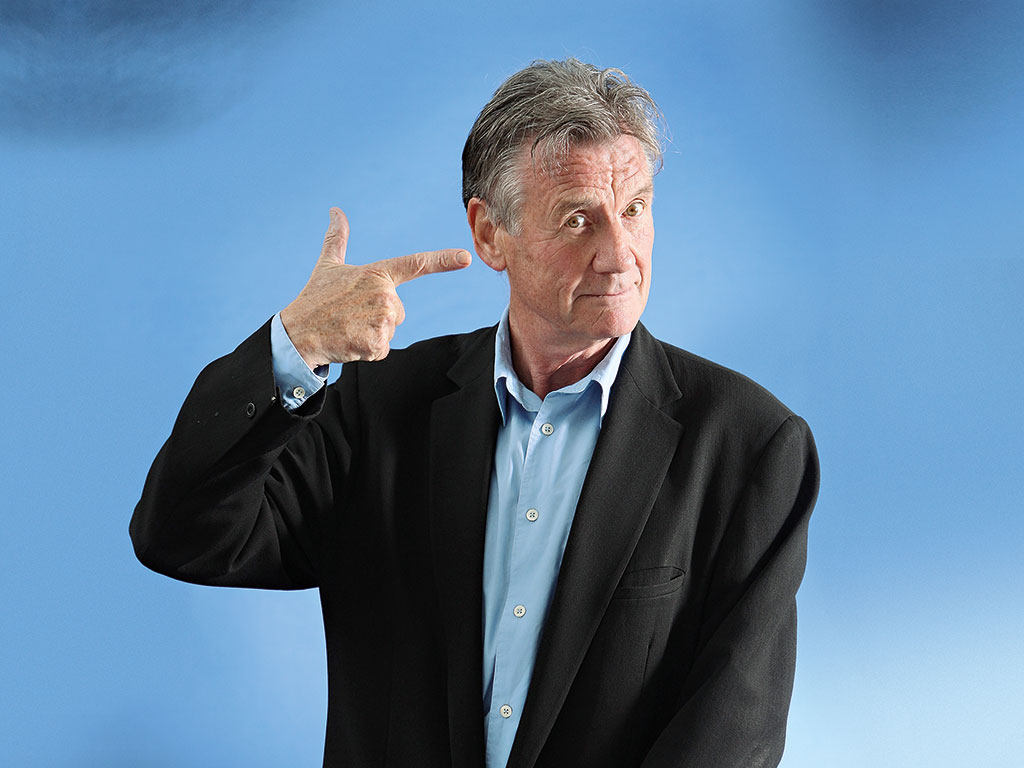 Michael Palin's travels have taken him to Cuba, Chicago and Nepal, among other destinations

Few people manage to straddle two entirely different careers as successfully as Michael Palin has. The acclaimed founding member of arguably the world’s most beloved and influential comedy group, Monty Python, has also carved out a career as a celebrated travel documentarian. Undertaking a number of exhaustive trips to far flung parts of the world as part of a series of BBC programmes, the British comedian has become known for his passion for exploring the world as much as for his surreal sense of humour.

Born in 1943 in the northern English city of Sheffield, Palin was educated at the British boarding school Shrewsbury School, before beginning a course in modern history at Brasenose College, Oxford. It was at Oxford University that Palin was to meet his future Monty Python writing partner, Terry Jones. During the early 1960s, Palin went on to present comedy shows for television, while also collaborating with Jones on a theatre production. The two would then join the BBC as a writing duo, contributing to a number of well-known shows at the time. It was writing for pioneering satirical news show The Frost Report where Palin and Jones first began to work alongside future Monty Python collaborators John Cleese, Graham Chapman and Eric Idle.

A change of heart
Eventually, the group of writers, alongside American Terry Gilliam, began writing sketches together for what would become Monty Python’s Flying Circus. This was in part due to Cleese’s enthusiasm for working with Palin. The show would go on to be a worldwide success and cement each of its members as global comedy stars. When it ended in 1974, Palin would continue working in film and television over the subsequent decades, with a number of comedy shows like Ripping Yarns, as well as comedy films Time Bandits, Brazil and A Fish Called Wanda.

However, it was in 1980 that Palin first revealed his passion for travelling. Commissioned by the BBC for the series Great Railway Journeys of the World, Palin used his sense of humour and personality to offer a unique spin on travel shows that had previously been known as stiff and conservative. But it wasn’t until nine years later that Palin fully reinvented himself as a travel presenter.

The travel show that really cemented Palin as a leading travel documentarian was his 1989 show Around the World in 80 Days, where he recreated the famous route described in Jules Verne’s classic story. Using the same deadline as Verne’s protagonist, Phileas Fogg, as well as being banned from using any aircrafts, Palin took in an incredible amount of destinations on his trip: starting at the Reform Club in London, he boarded the Orient Express at Victoria Station and began his journey. Taking France, Italy and Greece, he then proceeded to Egypt before journeying across the Middle East.

From there he travelled throughout India, onto Singapore, then Hong Kong, Shanghai and eventually Tokyo. In Japan he boarded a container ship that took him across the Pacific to Los Angeles. A series of train journeys across the US, as well as a brief hot-air balloon ride, ended with him landing in New York, before he took another container ship back to Europe, where he arrived in London 79 days and seven hours after he departed.

The edge of the map
The second major journey he took was in 1991’s Pole to Pole, which saw Palin travel between the Earth’s poles. Moving through Scandinavia, the then Soviet Union, Europe and across Africa, Palin travelled to some of the most remote parts of the world, enabling him to see some truly extraordinary things. The most isolated location, he told The Daily Telegraph in 2013, was a former Soviet gulag: “I’ve been lucky enough to stand on both poles, but the place that seemed the remotest to me was Butugychag, a former gulag, in Siberia. It is completely cut off from the rest of the world.

“During the Soviet era thousands of people were sent there to extract uranium because they were deemed to have committed some political crime. When I went in the 90s, you could still see the walls of the old prison and the piles of discarded shoes even though the place hadn’t been used since the 50s. How you could condemn people to live in such a bleak and inhospitable place is beyond me.”

Such was the success of his trip that the BBC commissioned many other conceptual series off the back of it. In 1997 Palin created Full Circle, which was a 10-month, 50,000-mile trip around the rim of the Pacific Ocean. Two years later he followed in Ernest Hemingway’s footsteps across Spain, Chicago, Paris, Italy, Africa, Key West, Cuba and Idaho.

Another trip saw Palin travel around the Sahara Desert in Northern and Western Africa, which included what was his worst travel experience. He told The Telegraph, “I remember staying in a hotel – although it was really a mud compound surrounded by wooden sheds – in Sudan. You could hear everything that was going on in the other rooms, and the man next door was having nightmares and crying out in his sleep. But the worst thing [was the toilets]: essentially holes in the ground. Initially, I thought they’d put sawdust around them, but as I got closer I realised it was just piles and piles of maggots waiting for you.”

Insatiable curiosity
Subsequent trips have seen him spend six months in the Himalayas, getting to know Eastern Europe, as well as exploring Brazil. Some of his trips have been particularly death defying, including a boat journey along a tributary of the Amazon on the way to Machu Picchu. “One stretch is particularly fast-flowing and if our boat had nudged the rocks we’d have probably toppled over, so my heart was in my mouth for a good hour”, he added in his interview with The Telegraph.

Palin described his enthusiasm for travelling as “insatiable”. He told The Telegraph that “[I travel] as often as I possibly can. I probably travel half a dozen times a year for work, and a couple of times for pleasure”. He added, “In all, I must spend a couple of months a year travelling, although if I’m making a travel series it’s more like four to six. Despite having seen a fair amount of the world, I still love travelling – I just have an insatiable curiosity, and like looking out of a window.”

At 71, Palin shows little sign of letting up with his desire to explore the world. He has continued to write books about his journeys, and is expected to present more travel shows in the future. His influence has also been considerable, with the term ‘the Palin effect’ being used to describe how he has caused sudden rises in visitor numbers for various tourist attractions off the back of his programmes. While he continues to occasionally dabble in comedy, Palin’s heart now seems to reside firmly in the deepest corners of the world.