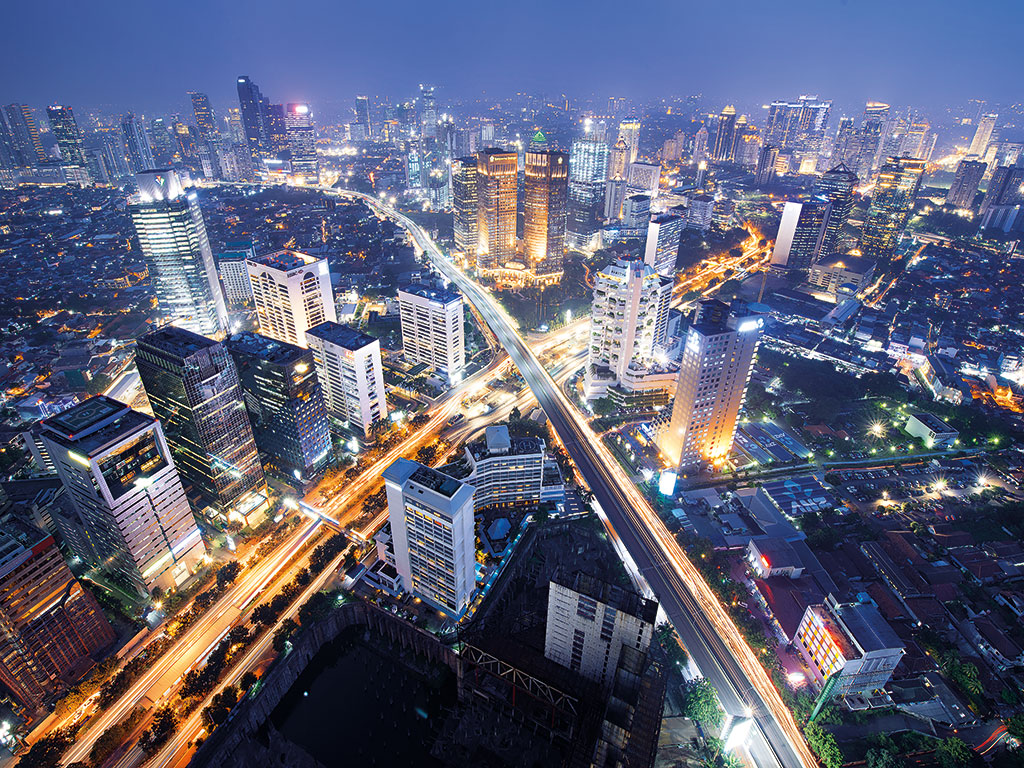 The concept of visas dates back to the 19th century, when they were first used as a means of tightening controls on inbound visitors by regulating the duration of their stay and preventing the potential influx of immigrants. Some would argue that the need for visas is now more essential than ever, given the ease with which people can move around the globe. That being said, there is no denying that the procedure hampers both international business and tourism: taxing applications and lengthy processing waiting periods can get in the way of a deal being made, a contract being signed or a pivotal meeting taking place. It can also inspire undecided holidaymakers to opt for cheaper options, where they are saved the worry of organising a visa.

According to the Office for National Statistics, business travel to the UK from China declined by 13 percent between 2013 and 2014, with burdensome visa paperwork given as the dominant factor. Germany has begun tackling the problem by streamlining applications at its Beijing embassy and bringing processing down to two days, while in May alone, six countries in central Africa abolished visa requirements among themselves entirely in an effort to boost inter-state trade.

One competitive advantage that Indonesia currently has on its side is its weak currency, which is likely to attract both tourists and foreign investors

In June, Indonesia revealed that it had scrapped visa requirements for 30 more countries, including China, the US, Mexico, Canada and several European and Middle Eastern states. The move brings the total to 45 nationalities that can travel to Indonesia without obtaining a visa as part of a strong bid by the government to bolster tourism. “[It is] not only costly, but obtaining the visa is a tricky business for foreign visitors”, according to Yulia Fransisca, Lead Analyst at Euromonitor International. “Although visa on arrival is available upon departure, more often than not, visitors still need to wait in a long queue before the immigration checkpoint. Eliminating the visa requirement would draw many more tourists to visit Indonesia and to include Indonesia in their itinerary to Asia.”

The somewhat unexpected decision, which was effective immediately, has eliminated the prior $35 fee, while permitting visitors to stay in Indonesia for 30 days without a visa. While extensions are not allowed, tourists are naturally more likely to extend their trips. Yuliana, Head of Hospitality and Tourism Management at Binus International University, said, “By attracting foreign tourists to stay longer in Indonesia, [this] will create more revenue for the country.”

Overcoming limitations
In 2014, the number of tourists that visited Indonesia – a nation that is made up of over 17,000 islands – was 9.4 million. Despite setting a new record for the country, the figure was still a fraction of that attracted by its neighbours: in the same period, Thailand lured 24.8 million travellers, while Malaysia reached 27.4 million. This large disparity in numbers comes down to the neglect of Indonesia’s tourism sector in past years – services infrastructure is still relatively poor and the absence of a focused advertising campaign has seen other countries in the region steam ahead in their respective tourism industries. Moreover, limited connectivity within the country has endured as a result of Indonesia’s disappointing economic performance.

Since coming to power in 2014, many of the economic policies implemented by President Joko ‘Jokowi’ Widodo have proven to be ineffective so far, while his restrictions on various sectors and businesses seem to be exacerbating Indonesia’s economic decline. And yet, the incumbent government has been making a concerted effort to develop the country’s tourism sector, starting with the separation of the Ministry of Tourism and Creative Economy last year, marking the first time that the tourism industry has been represented by a standalone government entity.

Widodo’s cabinet has also begun to tackle the transportation issue through a series of upcoming projects aimed at improving connectivity for tourists. “Some of the plans stated by the government in 2015 include the railway project connecting Soekarno-Hatta International airport in Jakarta to various main areas of the city”, Francisca added. In addition, a toll road and a new international airport are due to be constructed in Bali, both of which are expected to increase the number of visitors considerably.

Inland travel is not the only challenge for the tourism industry: the restricted capacity of Indonesia’s ports and harbours severely restricts the flow of visitors arriving by boats and yachts. This is particularly significant given that, being an archipelago, Indonesia has huge potential as a sailing destination. In a bid to tap into this prospective goldmine, the government has recently announced plans to expand the current capacity of its 38 harbours. Furthermore, various government initiatives aimed at improving the country’s services infrastructure have also been unveiled recently. Such schemes include promoting resort development to international investors and offering developers the opportunity to lease land, thereby removing the current challenges facing acquisition.

Major developments
While there are several pressing matters still pending, tourism to Indonesia has already indicated an upswing: according to Yuliana, the growth of Indonesia’s tourism industry in 2014 reached 9.39 percent higher than the previous year. Moreover, the country’s ranking in the World Economic Forum’s 2015 Travel and Tourism Competitiveness Index has also improved considerably, climbing from 74th place in 2012 to 50th this year. The report indicates that the growth of Indonesia’s tourism industry can be attributed to national prioritisation and increasing investment in infrastructure. Of the major developments recently achieved, enlarging the mobile network to cover the entire country and the expansion of transportation infrastructure have significantly improved the country’s competitiveness in global rankings.

These advancements have enhanced the country’s already solid lure as a travel destination, adding to qualities such as its price competitiveness (in which it is ranked third in the world), rich biodiversity and stock of heritage sites. In fact, Indonesia has a great deal to offer any type of tourist, largely as a result of the myriad of ethnicities that make up Indonesia’s population. For the recreational traveller, there are stunning beaches, an eclectic culture and a distinctive cuisine to revel in. There is Bali, which has a global reputation for luxury resorts and is hugely popular for honeymoons, while Lombak’s status as a surfing and backpacking destination is also growing. Then there is the capital, Jakarta; a dynamic and bustling metropolis that has absorbed influences from Europe and Asia alike, thereby providing a unique experience for even veteran city explorers.

For the business community, the country holds great promise as one of the fastest growing economies in the Asia Pacific region, with a flourishing manufacturing industry that has helped name Indonesia as one of the MINT ‘markets to look out for’. As such, international investors and business travellers alike are finding more reasons to visit the Southeast Asian archipelago: “The trend for meetings, conferences and exhibitions in Indonesia is increasing. The development of new conventions and conference centres in a number of locations indicates that Indonesia has already become a good destination for business travel”, Yuliana told Business Destinations.

Marketing push
In contrast to the minimal advertising efforts of the past, there is to be a strong shift in strategy by means of a recently announced $76.7m marketing budget. Due to a lack of resources, Indonesia’s Ministry of Tourism will focus primarily on areas that are currently the most popular destinations for travel – namely Bali, Jakarta and the islands of Bintan and Batam, which altogether pull in around 90 percent of the total revenue earned from the industry. The announcement of the visa extension also has a large role to play in the sector’s initial marketing efforts, especially as worldwide attention was received following the unexpected announcement. Digital advertising will form a large aspect of the government’s new campaign to promote travel to Indonesia, with TripAdvisor, Facebook and Google being among the internet platforms that the Indonesian tourism board will use to compete with neighbouring Thailand and Malaysia. Furthermore, as Fransisca explained, “Improved infrastructure and increased penetration in online booking for flight tickets and accommodation in the country, make it easier for general consumers to purchase travel and tourism products.”

There will be a particular focus towards marketing Indonesia to those coming in from the Middle East, not only as a result of rising numbers from the region, but also because these visitors spent the most on average in 2014. As Indonesia is home to the world’s largest Muslim population, there is considerable scope for the flow of tourists from the Middle East to increase following sufficient marketing efforts. Lombok in particular lies at the core of this arm in the strategy, as the island has a strong supply of Islamic heritage sites and places of worship. A large Islamic centre containing a mosque, study facilities and a hotel is planned for construction on the island, while tour guides are being trained to help Muslim tourists find the nearest mosque at prayer time. In order to assist the increasing number of holidaymakers and business travellers from the Middle East, the UAE, Qatar, Kuwait, Bahrain and Oman were among the countries granted visa-free entry in June. Encouraging foreign investment also has a Middle East focus, as indicated by recent visits by government representatives to exhibitions in the region, such as May’s Arabian Travel Market expo in Dubai.

Just the start
One competitive advantage that the country currently has on its side is its weak currency, which is likely to attract both tourists and foreign investors. While the potential of the country as a popular travel destination is unprecedented, “the strength of Indonesia’s tourism industry is [its] natural resources and the wealth of cultural diversity. As well as being relatively low cost, [there is] also the hospitality of the people”, according to Yuliana.

Abolishing the visa for 30 countries will go a long way in promoting travel to Indonesia, yet there is still a great deal that needs to be done. While there are numerous plans in place to overcome current hindrances, most are still at planning stage and so, until their completion, challenges to the industry will endure. Given the country’s recent economic performance, it is possible that such expensive enterprises may not come into fruition within a short-term timescale.

It is also worth noting that many countries with visa applications still in place have a thriving tourism industry, therefore this is just one small factor in promoting travel to Indonesia. Thailand and Malaysia, for example, have focused heavily on their respective industries for years, spending millions to build infrastructure – and with it, their global reputations. Indonesia, on the other hand, is only at the start of this journey: laying the necessary foundations for the sector is a prerequisite for growth, but, of course, a healthy economy is needed in order to invest the funds required for development. This is actually where scrapping visas could have a quicker impact than the drive for tourists – namely, in terms of attracting foreign investors. Given Indonesia’s current economic landscape, clearly a rapid improvement to services and transportation cannot be achieved through domestic investment and operations alone. The funding and expertise of others is required to bring infrastructure to a level that will entice more visitors and enable Indonesia to reach its full potential as a world-class travel destination.