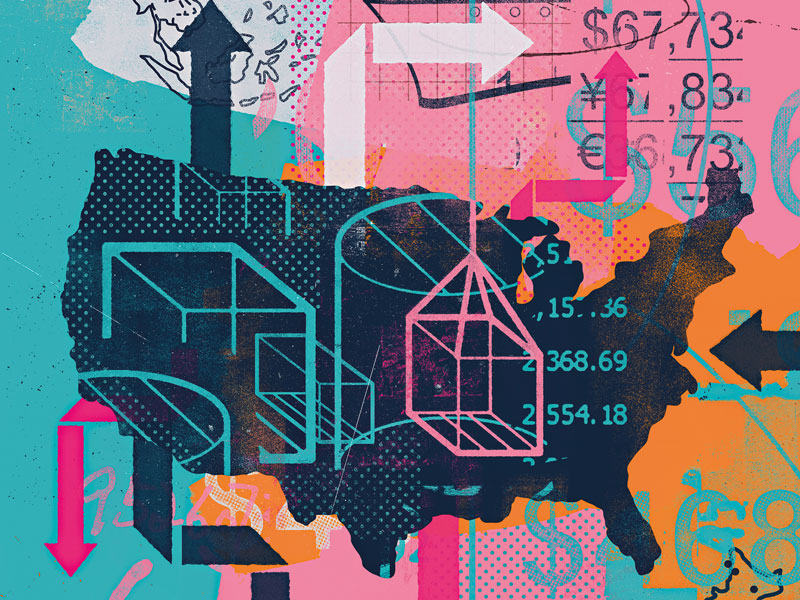 A dramatic shortfall in US domestic saving has spawned large current account and trade deficits, setting the stage for a battle with one of Asia’s economic giants, 30 years after the US declared the same war on Japan

“When governments permit counterfeiting or [the] copying of American products, it is stealing our future, and it is no longer free trade.” So said US President Ronald Reagan, commenting on Japan after the Plaza Accord was concluded in September 1985. Today resembles, in many respects, a remake of this 1980s movie, but with a reality-television star replacing a Hollywood film star in the presidential leading role – and with a new villain in place of Japan.

Back in the 1980s, Japan was portrayed as the US’ greatest economic threat – not only because of allegations of intellectual property theft, but also because of concerns about currency manipulation, state-sponsored industrial policy, a hollowing out of US manufacturing and an outsized bilateral trade deficit. In its standoff with the US, Japan ultimately blinked, but it paid a steep price for doing so – nearly three ‘lost’ decades of economic stagnation and deflation. Today, the same plot features China.

Top trumps
Notwithstanding both countries’ objectionable mercantilism, Japan and China had something else in common: they became victims of the US’ unfortunate habit of making others the scapegoat for its own economic problems. Like Japan-bashing in the 1980s, China-bashing today is an outgrowth of the US’ increasingly insidious macroeconomic imbalances. In both cases, a dramatic shortfall in US domestic saving spawned large current account and trade deficits, setting the stage for battles – 30 years apart – with Asia’s two economic giants.

When Reagan took office in January 1981, the net domestic saving rate stood at 7.8 percent of national income, and the current account was basically balanced. Courtesy of Reagan’s wildly popular tax cuts, the domestic saving rate had plunged to 3.7 percent within two and a half years, and the current account and the merchandise trade balances swung into perpetual deficit. In this important respect, the US’ so-called trade problem was very much of its own making.

Yet, the Reagan administration was in denial. There was little or no appreciation of the link between saving and trade imbalances – instead, the blame was pinned on Japan, which accounted for 42 percent of US goods trade deficits in the first half of the 1980s. Japan-bashing then took on a life of its own with a wide range of grievances over unfair and illegal trade practices. Leading the charge back then was a young deputy US trade representative named Robert Lighthizer.

Chinese whispers
Fast-forward some 30 years and the similarities are painfully evident. Unlike Reagan, President Donald Trump did not inherit a US economy with an ample reservoir of savings: when Trump took office in January 2017, the net domestic saving rate was just three percent, well below half the rate at the onset of the Reagan era. But like his predecessor, who waxed eloquently of a new “morning in America”, Trump also opted for large tax cuts – this time to “make America great again”.

The result was a predictable widening of the federal budget deficit, which more than offset the cyclical surge in private saving that normally accompanies a maturing economic expansion. As a result, the net domestic saving rate actually edged down to 2.8 percent of national income by late 2018, keeping the US’ international balances deep in the red, with the current account deficit at 2.6 percent of GDP and the merchandise trade gap at 4.5 percent in late 2018.

And that’s where China assumes the role that Japan played in the 1980s. On the surface, the threat seems direr – after all, China accounted for 48 percent of the US merchandise trade deficit in 2018, compared with Japan’s 42 percent share in the first half of the 1980s. But the comparison is distorted by global supply chains, which basically didn’t exist in the 1980s. Data from the OECD and the World Trade Organisation suggests that about 35 to 40 percent of the bilateral US-China trade deficit reflects inputs made outside of China, but assembled and shipped to the US from China. That means the ‘made in China’ portion of today’s US trade deficit is actually smaller than Japan’s share in the 1980s.

Like the Japan-bashing of the 1980s, today’s outbreak of China-bashing has been conveniently excised from the US’ broader macroeconomic context. That is a serious mistake. Without raising national saving – highly unlikely under the current US budget trajectory – trade will simply be shifted away from China to the US’ other trading partners. With this trade diversion likely to migrate to higher-cost platforms around the world, American consumers will be hit with the functional equivalent of a tax hike.

Director’s cuts
Ironically, Trump has summoned Lighthizer, veteran of the Japan trade battles of the 1980s, to lead the charge against China. Unfortunately, Lighthizer seems as clueless about the macro argument today as he did back then.

In both episodes, the US was in denial, bordering on delusion. Basking in the warm glow of untested supply-side economics – especially the theory that tax cuts would be self-financing – the Reagan administration failed to appreciate the links between mounting budget and trade deficits. Today, the seductive power of low interest rates – coupled with the latest strain of voodoo economics, Modern Monetary Theory – is equally alluring to the Trump administration and a bipartisan consensus of China-bashers in the US Congress.

The tough macroeconomic constraints facing a savings-short US economy are ignored for good reason: there is no US political constituency for reducing trade deficits by cutting budget deficits and boosting domestic saving. The US wants to have its cake and eat it, with a healthcare system that swallows 18 percent of its GDP, defence spending that exceeds the combined sum of the world’s next seven largest military budgets, and tax cuts that have reduced federal government revenue to 16.5 percent of GDP – well below the 17.4 percent average of the past 50 years.

This remake of an old movie is disconcerting, to say the least. Once again, the US has found it far easier to bash others – Japan then, China now – than to live within its means. This time, however, the movie might have a very different ending.