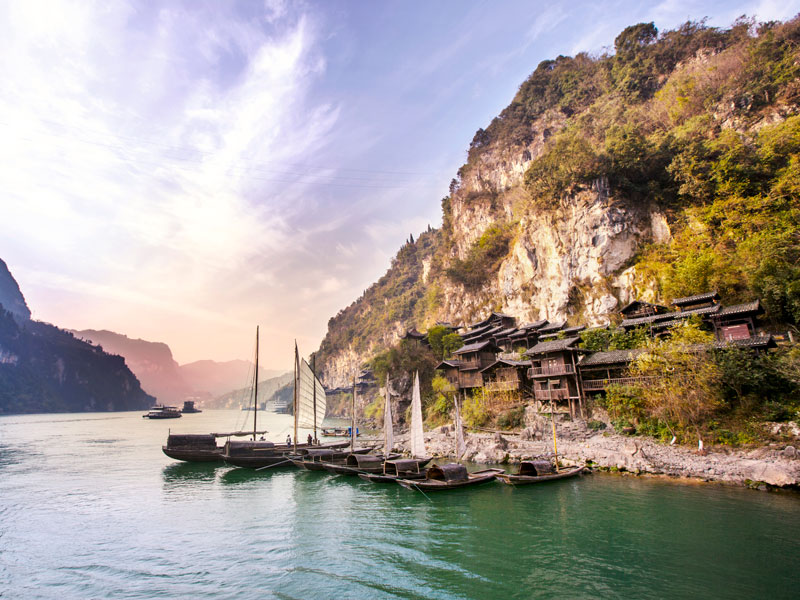 Running from Bingen to Koblenz, the Middle Rhine is lined with ancient castles, vineyards and romantic ruins nestled among the green hillsides. It’s easy to understand why this 65km stretch of the Rhine has inspired writers and composers for centuries.

The longest river in Asia, the Yangtze leads travellers through the cradle of ancient Chinese civilisation. The region boasts dramatic sights, including the Three Gorges Dam in Wuhan, the ‘ghost city’ of Fengdu and the misty canyons of Xiling.

At 6,400km long, the Amazon is second only to the Nile in length. Travellers will be enthralled by the incredible biodiversity of the South American ecosystem that relies on the river, and will encounter pink dolphins, sloths and howler monkeys along its route.

The Danube stretches through the heart of Europe, from Germany’s Black Forest to the Black Sea, passing through 10 different countries on its journey. Along the way, travellers will discover majestic European capitals, medieval architecture and beautiful rural countryside.