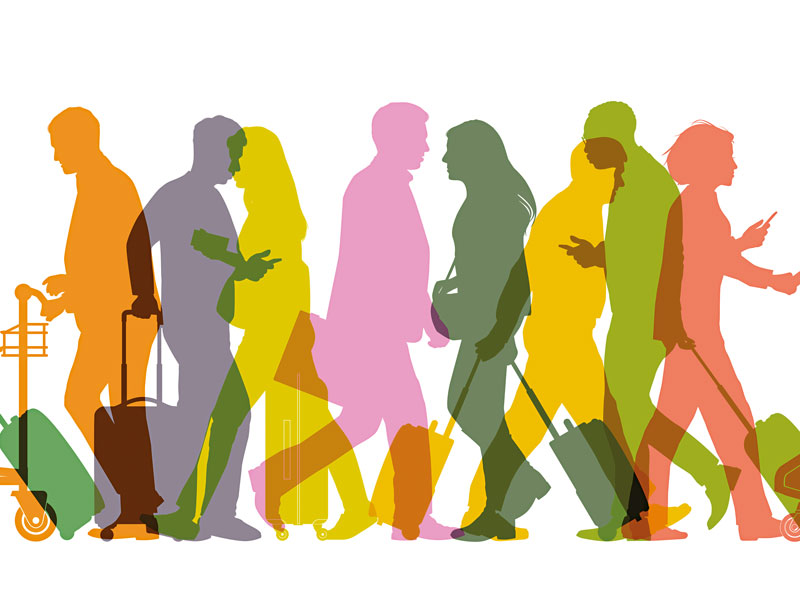 Public transport, airport security and check-in are just a few of the stress-inducing aspects of air travel

Although I’m not off jet-setting as often as some business travellers, it’s a frequent enough occurrence that my passport has plenty of stamps in it, I have a favourite security lane at Heathrow Airport and I no longer have to check the direction of my gate once it’s been announced. I’ve joined the ranks of those who spend nearly as much time in the air as they do on the ground, but I can’t say I feel better for it.

Because, in addition to my boarding pass and a see-through bag of carefully decanted liquids, I also tend to carry with me a dewy cloud of tension and anxiety – something that isn’t exactly conducive to a relaxing travelling experience.

People often say getting divorced is the most stressful thing a person can go through, but for me, it’s the mere thought of having to find my way to the airport without getting caught up in the decaying web that is the British public transport network, while knowing full well that the horror of the airport itself still awaits.

Even though I’ve checked in with my British passport, I also bring my Dutch one just in case the Brexit negotiations take a sudden turn mid-flight

When the airline recommends I arrive two hours before my flight, I leave three. Even though I’ve checked in with my British passport, I also bring my Dutch one just in case the Brexit negotiations take a sudden turn mid-flight. No ridiculous circumstance is left unaccounted for when I’m travelling, and while some people might say it’s good to be prepared, I’d argue that it would be even better to not have stress-related stage two hypertension.

Airport Olympics
The journey from the departures lounge to the gate is undoubtedly the main event of this whole ordeal. Once that gate number is announced, you’ll see me vaulting over small children or using their Trunki suitcases as roller-skates if there’s any chance of it getting me to the finish line a millisecond faster.

Anyone who falls into step beside me automatically becomes my competition, even though the chances are they’re headed for a different flight entirely. Nevertheless, I can’t control myself, and I’ll start power walking like there’s a prize to be won. Things get even better if I come across a moving walkway, which, when you’re competing in the Airport Olympics, are equivalent to getting a speed boost in Mario Kart.

Logic tells me that I’m being ridiculous on all fronts. I know that worrying about missing my flight is absurd when I’m 30 metres from the gate and I’ve got elbows sharp enough to deflate a balloon. But there’s something about the airless atmosphere of a departure lounge that destroys all my good sense, rationality and composure, and before I know it I’m dropping into a sprint-start position to make sure I’m the very first person on the plane as it rolls across the concrete towards us.

Coping mechanisms
Since I can’t go within three miles of an airport without panic setting in, my two options seem to be changing my career entirely or acquiring a black-market brand of sedative. The bottom line, though, is that I love travelling too much to let any of this actually stop me – that is, once I’ve finally arrived at my destination.

Sure, I spend most of my trips mentally preparing to go home again, but amid all my nervous checking of the Eurocontrol website and adding unnecessary extras to my travel insurance package, I do also manage to enjoy myself. After all, following every one of these traumatic experiences, I inevitably make my way back to the airport again. That has to say something about how enjoyable a pastime travelling is – in spite of what it insists on doing to my blood pressure.