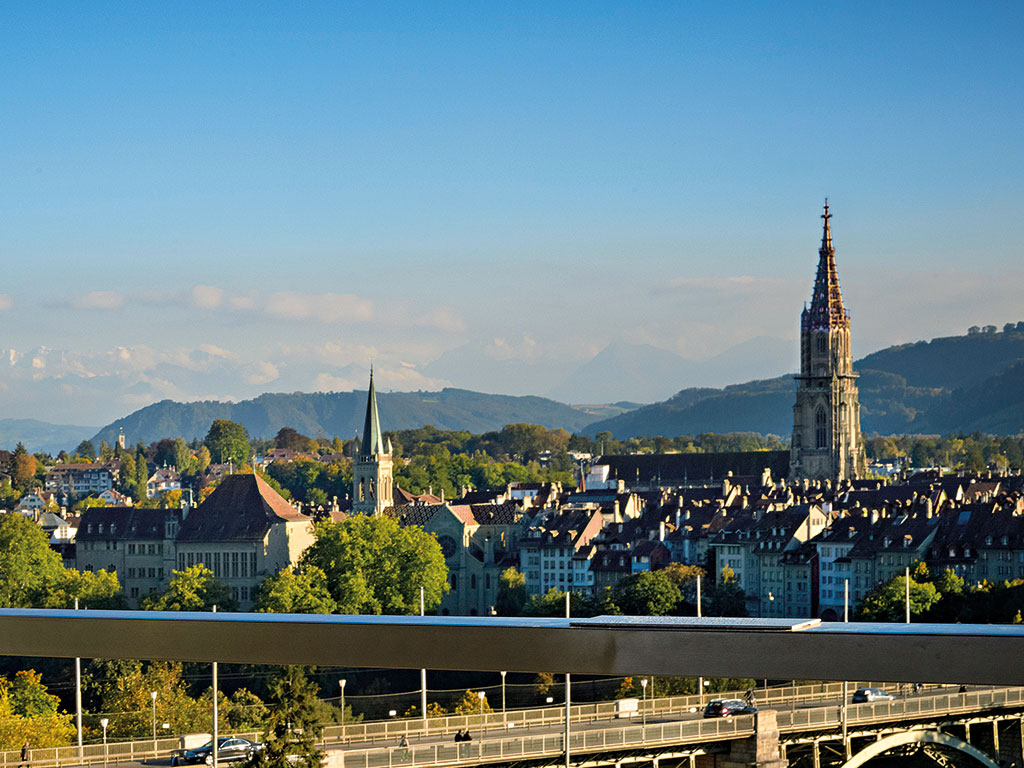 The Kursaal Bern is an all-in-one complex that is unique not only in the city of Bern, but across the entirety of Switzerland. Under a single roof it offers the finest facilities for first-class conferences and events, award-winning MICE amenities, a superior lifestyle hotel, great gastronomy and the city’s only casino, all from a spectacular vantage point high above the city.

The Kursaal Bern features 27 conference, meeting and event rooms that can accommodate anywhere from two participants up to 1,500. With three additional rooms scheduled to open at the end of 2016, the centre’s state-of-the-art facilities and superior standard of service have made it a top destination for congress and business tourism. Recent years have seen extensive upgrading of infrastructure and technology, transforming the Kursaal complex into a top venue for events of national and international importance. In 2014, it was recognised by the Swiss MICE Awards as the country’s best congress centre.

Views of the Alps
The in-house Hotel Allegro offers comfort, quiet relaxation and breathtaking views of Bern and the snow-capped Alps beyond. Comprising 171 rooms and suites, including a penthouse floor with eight luxury lodgings, the hotel provides spacious and stylish accommodation teamed with distinctive design and décor.

Guests of the Hotel Allegro have included royalty, world statesmen and sports celebrities. Two individually designed suites within the hotel have been named after eminent figures who enjoyed close connections with the city. The Albert Einstein Suite offers a fascinating insight into the life and work of the famous physicist, notably during his years in Bern (1902 to 1909), while the Paul Klee Suite is dedicated to the Bernese-born expressionist artist.

Recent years have seen extensive upgrading of infrastructure and technology, transforming the Kursaal complex into a top venue

Alongside this luxurious hotel, the Kursaal Bern also features four speciality restaurants. The centre’s culinary focal point is the Restaurant Meridiano, which boasts one Michelin Star and 17 Gault-Millau points, and is renowned far beyond the borders of Bern for its elegant but easygoing atmosphere. The Giardino, meanwhile, serves the tempting tastes of the Mediterranean: in summer, sitting by the picturesque pond on the terrace is an experience not to be missed. The trendy Yù is Bern’s evening gourmet getaway for exotic Asian dishes, including the Asian Dream Buffet twice a week, while the Atrium is where hotel guests enjoy breakfast and a sumptuous lunch buffet.

The attractive Allegro Bar serves a selection of simple snacks, aperitifs and cocktails. Additionally, for lovers of cigars and exclusive malt whiskies, the Zino Platinum Cigar Lounge is a must. Another popular attraction is the in-house Grand Casino, which offers 14 gambling tables as well as 350 slot machines with 60 different games. Admission is free of charge for Hotel Allegro guests, and some 94 percent of receipts are paid out in winnings.

A century of tradition
The Kursaal Bern combines a century of Swiss tradition with the most modern of comforts. It is well served by Switzerland’s public transport system, a network that is internationally acclaimed as one of the world’s most extensive and efficient. Bern can be reached by direct train services from Zurich and Geneva airports, and by road transfer and train from Basel’s EuroAirport.

Another plus point for Bern is its reputation for personal safety. The Mercer Quality of Living Survey for 2016 lists Bern (tying with Zurich) as the city in Switzerland with the highest personal safety record – and the second highest in Europe.