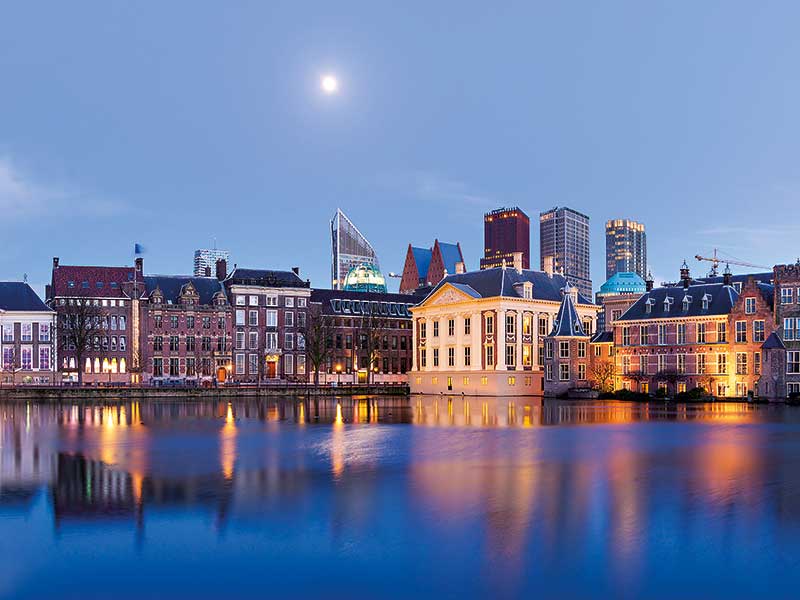 The Hague is internationally renowned for its beautiful architecture

Located on the Netherlands’ west coast, The Hague is internationally renowned for its beautiful beaches and rich cultural history. With a range of museums and enchanting architecture, is it easy to see why tourists flood to the provincial capital. But, aside from its beauty, The Hague is also revered as a political powerhouse and business hub.

Since holding the Second International Peace Conference in 1907, The Hague has played host to a number of political, social and business events. World leaders, international organisations and multinational companies have all looked to The Hague to host conferences, and, with more than a century of experience, the city has always delivered.

Peace and justice
Residing in the Netherlands, one of Europe’s best-connected countries, The Hague boasts fantastic infrastructure and enviable transport links. The city is easily reachable by aeroplane, with the international Amsterdam Airport Schiphol less than 30 minutes from the city centre. Alternatively, Rotterdam The Hague Airport acts as a regional gateway to more than 40 European cities, including London, Geneva, Rome, Madrid and Vienna. Once in the city centre, visitors can make use of the city’s comprehensive public transport system or walk the short stretches between local attractions.

The Hague offers one of the most extensive networks of venues, organisers and suppliers in the event industry

Home to the country’s royal family – and holding a seat in the national government – The Hague is known for its progressive political outlook and has earned a reputation as the International City of Peace and Justice. The Hague’s status is in no small part thanks to the collaborative work of the city’s companies and organisations, most notably the efforts of the International Court of Justice, which resides within the Peace Palace and epitomises the city’s core values.

While the city is principally known for its political history, The Hague is also home to more than 370 international organisations and over 450 multinational companies. Knowledge hubs in a wide range of sectors such as IT, telecommunications, cybersecurity, legal, finance, energy and renewables have all emerged in recent decades, offering businesses world-class expertise and supporting innovation through international events.

Open for business
Whether hosting conferences, training days, international meetings or seminars, event organisers can choose from The Hague’s wide variety of locations. Venues range from luxurious and historic hotels such as the Hotel Des Indes, to traditional business destinations like the Hilton or NH Conference Centre. The city’s museums are also available on request, while the Scheveningen beach resort’s bar setting caters to events seeking a more relaxed and casual atmosphere.

Moreover, the prestigious World Forum conference centre is located just minutes from the Gemeentemuseum in The Hague’s International Zone. Surrounded by high-class hotels and some of the city’s finest restaurants, the Gemeentemuseum also serves as an excellent venue, with its extensive collection of fine art bringing colour to even the most commonplace events.

With so many fantastic venues to be explored, even the most astute event planners must rely on the help of the city’s local partners and suppliers. To this end, The Hague offers one of the most extensive networks of venues, organisers and suppliers in the event industry – all of which take great pride in setting standards of excellence.

Together with the municipality of The Hague, The Hague Convention Bureau has made the city accessible to event organisers from around the world, creating a hospitable and supportive environment that allows international businesses to thrive.