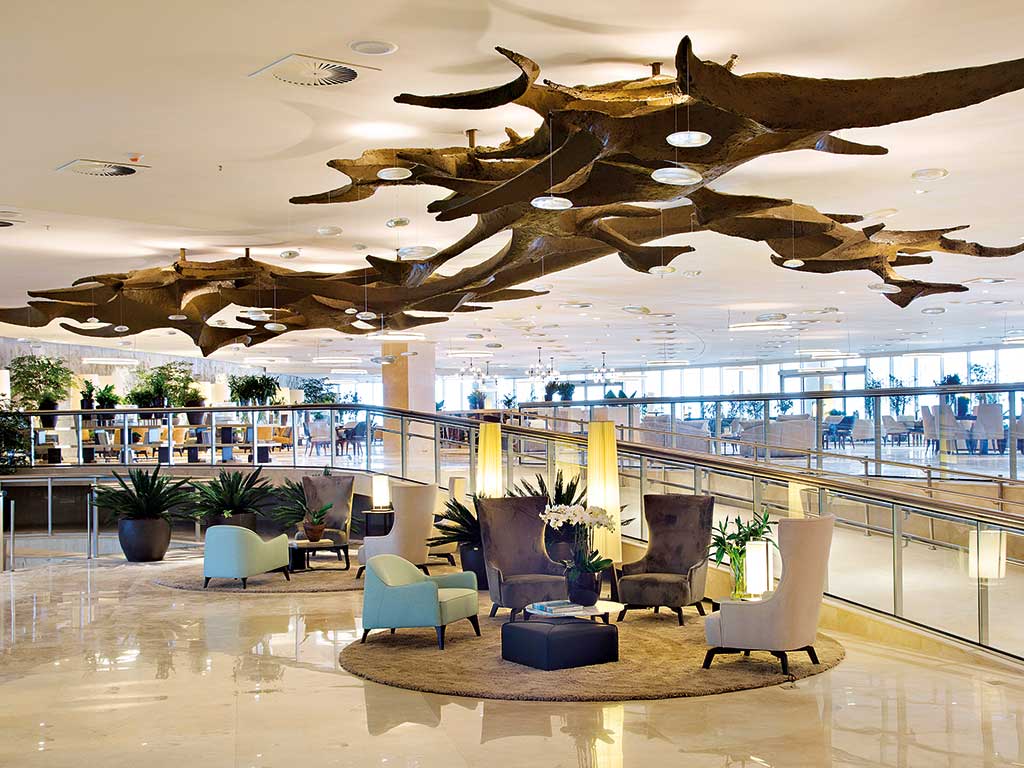 Coinciding with its 60th anniversary, Meliá Hotels International made a qualitative leap in 2016 in terms of its presence and profile in two key markets in the Americas: the US – one of the group’s most loyal markets in terms of visitors to Meliá resorts in the Caribbean and Latin America – and Brazil, where the group has established itself as one of the most esteemed and reputable companies in the tourism sector.

In these important destinations, the hotel group has launched its premium brands – Gran Meliá Hotels and Resorts, and ME by Meliá – with two iconic hotels.

Luxury on the Rio coast
The company has arrived in Rio de Janeiro in style, with Gran Meliá Nacional Rio de Janeiro – the first hotel operating under the Gran Meliá Hotels and Resorts brand in Brazil – opening on 15 December.

Situated in the neighbourhood of São Conrado, an elegant area in the south of Rio, the hotel occupies a building that, from 1972-95, was previously home to the famous Hotel Nacional. The building is a masterpiece, considered to be the most modern building of its day in Latin America, and has been declared a part of the city’s historical heritage. It was designed by Oscar Niemeyer, who is renowned as one of the fathers of modern architecture.

After being closed for several decades, the building has now been completely renovated while still respecting the grandeur of this architectural work of art. It is now an urban resort overlooking the beach. Occupying an area of 125,000sq m, its facilities, which are distributed across indoor and outdoor spaces, include numerous works of art and preserve the soul of the city in the avant-garde décor and gastronomy. The building’s circular design and glass facade enable guests to enjoy stunning views of the city or the sea.

Gran Meliá Nacional Rio boasts 413 rooms and suites, including one presidential suite, ranging in size from 33sq m to 231sq m. The hotel’s two restaurants offer a range of cuisines, guaranteeing a wide selection of options with exclusive menus for those wishing to savour the city’s finest avant-garde gastronomy. The hotel also boasts three bars, including Bar Mirante, which is situated on the spectacular terrace on the 33rd floor. The bar delights its visitors with breathtaking 360-degree views of Rio de Janeiro, often known as the Marvellous City, and São Conrado Bay. It is the ideal place for watching the sun go down or enjoying the beautiful Rio de Janeiro nights with a drink and some good company.

Doing business in style
Gran Meliá Nacional Rio has a business centre with 12 flexible rooms that can be combined and adapted to suit different meeting and conference setups. Furthermore, 2018 will see the opening of the hotel’s Conference and Events Centre, which will have an area of 12,000sq m, the capacity to host approximately 4,000 people, and will be fully equipped to make every event a success.

The urban resort is also designed for relaxation, boasting a sublime Clarins spa and a space dedicated to health, wellness, beauty and sensory experiences. It also offers a fully equipped gym and a fitness studio with personal trainers. In addition, the hotel offers the Red Level service: exclusive to the Gran Meliá Hotels and Resorts brand, this service gives guests the opportunity to enjoy an exclusive lounge on the 31st floor, especially designed to provide a premium experience of luxury and comfort. It offers guests personalised attention, butler services, a free bar service, breakfast in a private area, and much more.

Gran Meliá Nacional Rio is expected to become one of the flagship hotels run by Meliá Hotels International, in a country in which it has been operating for 24 years. There are currently 15 Meliá hotels in Brazil, with another two under development. The hotel group also has a Brazilian regional office in Sao Paulo, as well as a regional office for the US and Latin America in Miami, which is the location of its avant-garde hotel ME Miami, the only ME by Meliá hotel in North America.

A cutting edge oasis
ME Miami was the first hotel under the Spanish brand ME by Meliá to open in the US; a highly coveted market for the positioning of this premium, innovative brand that is seeking to grow in the world’s major cities of culture and fashion.

With 129 rooms and suites in vibrant downtown Miami – the city widely known as the capital of Latin America – ME Miami occupies 14 floors of a majestic building close to the Pérez Art Museum, the Adrienne Arsht Centre and the Patricia and Phillip Frost Museum of Science. It boasts a privileged location in the new epicentre of the city, the Miami Worldcenter; between the financial district, the design district and the up-and-coming neighbourhood of Wynwood. The hotel is therefore a tailor-made destination for the discerning traveller who sees travel as more than just moving from one place to another, but rather as a life experience.

Its interior décor is a fusion of contemporary and innovative design, in shades of grey and cream with flashes of gold and silver to reflect the energy and vibrant personality of the city. As with all ME by Meliá hotels, ME Miami boasts a stunning rooftop with mesmerising views of the city. The rooftop also offers two pools, as well as the hotel’s bar and lounge, Bella’s Bar.

The culinary experience is completed by the hotel’s restaurant, STK Miami, which is run by the ONE Group and is located on the ground floor of the building. STK Miami offers a new take on a wide range of classic American dishes, complemented by the sounds of the hotel’s resident DJs.

ME Miami also offers its guests an unrivalled relaxation space thanks to its SkinC spa, where they can enjoy some ‘ME Time’: a personalised programme of beauty treatments and services. Guests can also enjoy the hotel’s 24-hour fitness centre, equipped with the most advanced fitness machinery.

The cosmopolitan essence and lifestyle of the ME by Meliá brand, which is aimed at travellers who are interested in culture, attracted by fashion and are seeking new experiences and opportunities, is a refreshing concept. The hotel hopes to become the hub of social and leisure activities for both residents and travellers in Miami.

The brand is renowned for its first-class concierge service, which is provided by an Aura Manager dedicated to ensuring that guests enjoy an unforgettable experience as they discover the secrets of Miami.

Over the past 60 years, Meliá Hotels International has established its brand portfolio and enjoyed significant growth in key emerging markets, as well as strengthening its presence in traditional tourism markets. Gran Meliá Nacional Rio and ME Miami will be two iconic hotels for the company, in two highly competitive destinations.