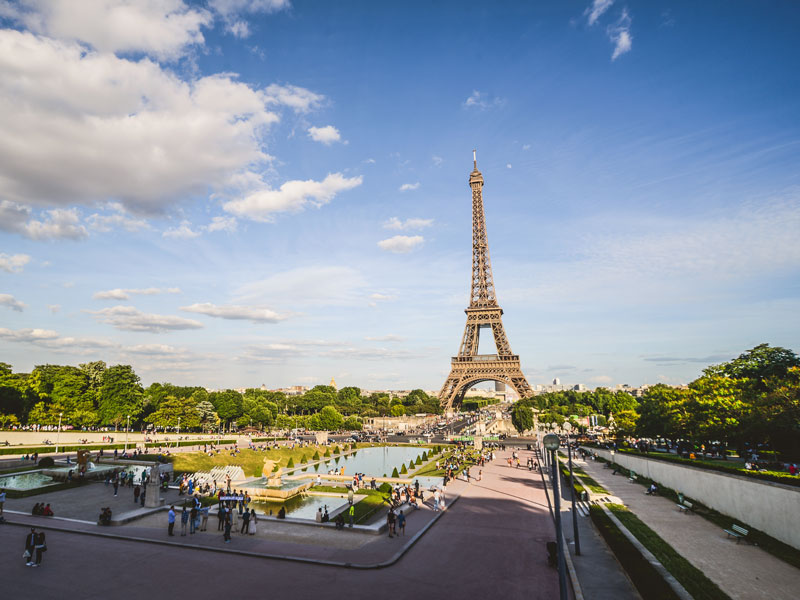 The French economy has long been hostile towards business, but President Macron is working to change this with a series of business-friendly programmes

A revolution is afoot in Paris. Unlike historical revolutions in France’s capital, though, this one doesn’t involve guillotines, la Marseillaise or the tricolore flag. Rather, it’s a revolution that is taking place in office buildings, research and development labs and behind the doors of the National Assembly – one that is transforming the world’s sixth largest economy.

The French economy is famed for being surprisingly business-averse. For much of the past 20 years, the country has had some of the highest business tax rates in Europe, with maximum corporation tax currently at 33.33 percent, in comparison with 21 percent in the US and 15 percent in neighbouring Germany. Government spending occupies a staggering 56 percent of GDP, and unemployment hovers around 10 percent, one of the highest rates in the eurozone.

These factors have dissuaded start-ups from setting up shop in France in the past. However, the country has made some dramatic changes with the intention of drawing in new international talent, and those efforts are now paying off. Nowhere is the influx of pioneering start-ups felt more than the capital city.

Brimming with innovation
Paris has benefitted in recent years from the establishment of a number of facilities designed to foster innovation, the first being École 42, which opened in 2013. The computer programming school, which is entirely free and open to anyone aged between 18 and 30, was set up and funded by billionaire French businessman Xavier Niel to fill the technological skills gap in the French workforce.

Students at 42 begin by completing a four-week intensive computer programming boot camp called the Piscine. They go on to complete a series of programming projects with the aid of their peers. Graduates emerge after three years with a list of programming skills and practical experience gained from internships.

The school has been endorsed by a host of famous tech figures, from Snap founder Evan Spiegel to Twitter CEO Jack Dorsey and co-founder of Airbnb Brian Chesky. Its popularity, Niel explained to Business Destinations, lies in the fact that it has fulfilled an industry demand: “France and Europe are the best places in the world to become a coder… with many more tech companies [in Paris], we needed to have more qualified talent. Now, 42 provides the best tech people.”

Niel didn’t stop at 42. In 2017, he donated €250m ($297m) to transform a former railway depot, la Halle Freyssinet, into the largest start-up campus in the world, Station F. The 34,000sq m space had opened its doors by June that year and is now home to more than 1,000 start-ups, operating alongside major tech firms such as Facebook and Google.

Niel described it as “a huge, symbolic place to gather the whole start-up ecosystem.” He added: “We need to change the perception of Paris, to make people realise that Paris has a tonne of successful entrepreneurs, a lot of capital available, great talent… the ecosystem here is young, but there’s a huge opportunity to address it now.”

It appears Niel’s plan is working: Station F has had 11,000 applications since it opened and is now building a co-living space that can house 600 entrepreneurs. In 2017, French companies had 688 successful venture capitalist-backed funding rounds, the highest number in Europe and a significant display of international investor confidence in the country’s burgeoning start-up industry.

Roxanne Varza, Director of Station F, told Business Destinations: “[Thanks to Station F], a tonne of international media outlets and visitors are now noticing that Paris is such a high-potential place for entrepreneurs.”

Political support
Paris’ small business scene has also benefitted from a wealth of legislative aid from French president Emmanuel Macron, who has a long-standing reputation for being pro-business. As Minister of Economy, Industry and Digital Affairs between 2014 and 2016, he pushed through the ‘Macron law – a series of reforms designed to reinvigorate the French economy. These included the introduction of a minimum wage for the transport sector and new regulations surrounding Sunday working hours.

When he became president in 2017, Macron set out an ambitious new economic vision for France, seeking to recast the nation as a dynamic start-up superpower, open for innovation and ready to compete on a global stage.

His fiscal policy has included a number of reforms designed to encourage pioneering research, including the introduction of up to €5bn ($5.75bn) of research and development tax credits every year for eligible companies. He has also introduced a flat rate of 30 percent for capital gains tax, a first for France, and has pledged to cut 120,000 jobs from public payrolls by 2022, freeing up talent for the private sector.

Yann Lechelle, COO at Paris-based artificial intelligence start-up Snips, credits Macron, and more broadly the younger generation of politicians, with reviving the country’s start-up scene: “The ecosystem is really sensitive to taxation, to the way we welcome talent from abroad to allow young PhDs to come to our country and bring their diversity… Macron was part of the regulations that began to create good momentum in the taxation schemes and so on.” He added that he “welcomes the momentum and the positive force”.

With the 2016 introduction of the French tech visa, Macron’s government is making it easier for start-ups to hire international talent. The visa allows eligible investors and founders to be fast-tracked through the visa system. The government has also launched the French Tech Ticket, a 12-month programme of financial support that invites international entrepreneurs to set up in France. In 2016, 2,700 start-ups from 90 countries applied, a testament to the country’s growing international reputation as a start-up hub.

Station F’s Varza is supportive of government initiatives: “France has been doing more and more to help entrepreneurs, whether it be fiscal, financial or political support. The French Tech initiative is constantly growing and implementing new initiatives. In my opinion, the new cards the government has to play are first, to foster the attraction of international talents, and second, to focus their attention on scale-ups rather than start-ups.

Playing catch up
Political and commercial factors aside, there’s another reason why Paris’ start-up scene is taking off. The country has undergone a cultural shift in the past few years; historically, the French Government had played such an active role in Parisian society that many would look to it as a driving force for change.

Now, though, the success of French unicorns such as BlaBlaCar or Vente Privée, as well as the surge in prominent start-up businesses across the globe, has inspired young people to start their own ventures. Niel said: “If you ask the youth what they want to become later, they will answer: entrepreneurs. We need to give them the means to build successful businesses, to create jobs, to innovate.”

This also has the positive knock-on effect of lowering France’s youth unemployment rate. Previously, young people had two choices: work in the public sector or in big business. Neither of those are easy to break into, and both came with exceedingly low starting salaries. Now, there’s a third option.

Moreover, an increase in start-up businesses in the capital creates a boost for a whole host of fringe sectors, from co-working spaces to start-up consultancies, small business accountants and event spaces. In effect, a thriving start-up ecosystem has the power to transform France’s entire economy.

When it comes to further expansion, many in Paris are becoming impatient. “The question is: is France going to become the next Silicon Valley? When, next year, 2020 or 2030?” asked Lechelle. “For me, the question is not that, the question is how many generations of entrepreneurs [will it take]?” With the powerful combination of Macron’s policy changes, state-of-the-art facilities such as Station F and an influx of venture capital, there’s no reason for that momentum to dissipate. Vive la révolution.