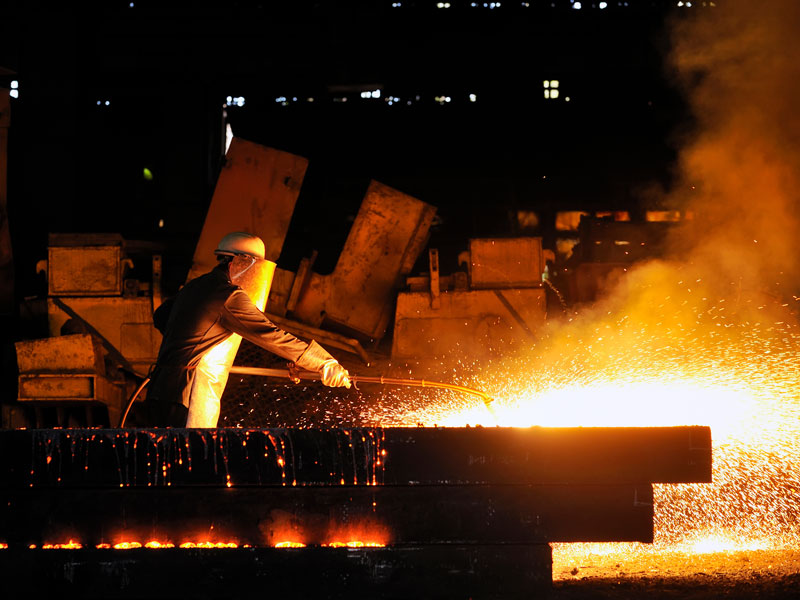 President Trump blamed the struggles of Rust Belt workers on international competition. But technological displacement played a larger role, a fact that has often been ignored, not least because it is harder to demonise

In the last few years, for many people and their leaders, globalisation has become a scourge to be purged in favour of greater protectionism and unilateralism. This represents a sharp departure from the recent past, when globalisation was widely regarded as a positive force. But what changed, and why?

Key components of globalisation include greater cross-border mobility of goods, labour and capital, each of which promises significant overall benefits for economies. Free trade enables countries to capitalise on their comparative advantages, boosting all participants’ economic performance and prospects.

Migration can inject diversity and dynamism into, say, an ageing society, while helping to reduce poverty in source countries through remittances. And foreign direct investment can create employment, spur research and development, generate tax revenues and enhance competition.

The problem is these benefits are not necessarily broadly shared. For example, migration can put wage pressure on lower-skill workers in destination countries. By enabling companies to move operations to lower-wage markets, the elimination of trade barriers can have a similar effect. Even cross-border investment has its downsides, as domestic players may struggle to compete with foreigners.

Equal wealth distribution
Such factors have contributed to rising inequality in many countries. In the US, for example, lower-skill workers in the Rust Belt – the manufacturing region stretching from Michigan to Eastern Pennsylvania – have faced decades of stagnant wages, while high-skill workers in finance and technology – Wall Street and Silicon Valley – have enjoyed soaring compensation.

In many European countries, the backlash against globalisation has translated into virulent opposition to migration, not to mention increased resistance to European integration

While economic openness boosts economies as a whole, there is an obvious need to ensure that the benefits are more equitably distributed or, at least, that some groups are not inordinately hurt by it.

Many economists argue that the key to success on this front is to adopt redistributive policies, typically via the tax system. But such policies are very difficult, if not impossible, politically.

That lesson has been learned by many a progressive politician, including US Senator Bernie Sanders, who tried and failed to secure the Democratic nomination for the 2016 US presidential election on a platform that focused on addressing people’s frustrations with the increasingly unequal status quo, largely through redistribution.

More politically effective, but economically and socially damaging, is the approach of populists such as US President Donald Trump, who offer simplistic explanations that play on voters’ fears and frustrations (for example, blaming immigrants or countries with trade surpluses) while pretending that there are easy fixes (say, erecting walls and import barriers).

Trump blamed the struggles of Rust Belt workers on international competition. But that is only part of the story: technological displacement has played a larger role, though this has often been ignored, not least because it is harder to demonise.

Meanwhile, the Trump administration has pursued extreme and morally unconscionable anti-immigration policies, such as the recently reversed policy of separating migrant children from their families at the southern border with Mexico.

The threat of unilateralism
Similarly, in many European countries, the backlash against globalisation has translated into virulent opposition to migration, not to mention increased resistance to European integration. Voters in Austria, Hungary and Italy have elected politicians who campaigned explicitly against immigration. In the UK, the 2016 Brexit referendum partly reflected a rejection of the free movement of people within the European Union.

By encouraging unilateralism, and to some extent even authoritarianism, the backlash against globalisation threatens not only to prevent countries from reaping the economic benefits of openness, but also to undermine the structures of international cooperation that have supported nearly three quarters of a century of relative peace since the Second World War.

In defence of globalisation
Reversing this trend will require, of course, the unequivocal rejection of policies that flout democratic values and repudiation of the leaders who advocate and implement them. But it will also demand efforts to address globalisation’s real negative effects – beginning with an excessively unequal income distribution.

Here, measures like a carbon price or a ‘Tobin tax’ on international financial transactions could help. In Japan, Prime Minister Shinzō Abe’s administration may need to consider direct wage hikes.

Today’s globalised world is far from perfect. But protectionist and isolationist policies will only make things worse, especially if they are used as an excuse to deny basic human rights to immigrants, among others. Balanced policies aimed at reaping the benefits of openness – and ensuring those benefits are broadly shared – may not be the most politically expedient option today, but they would do economies and societies a lot of good tomorrow.