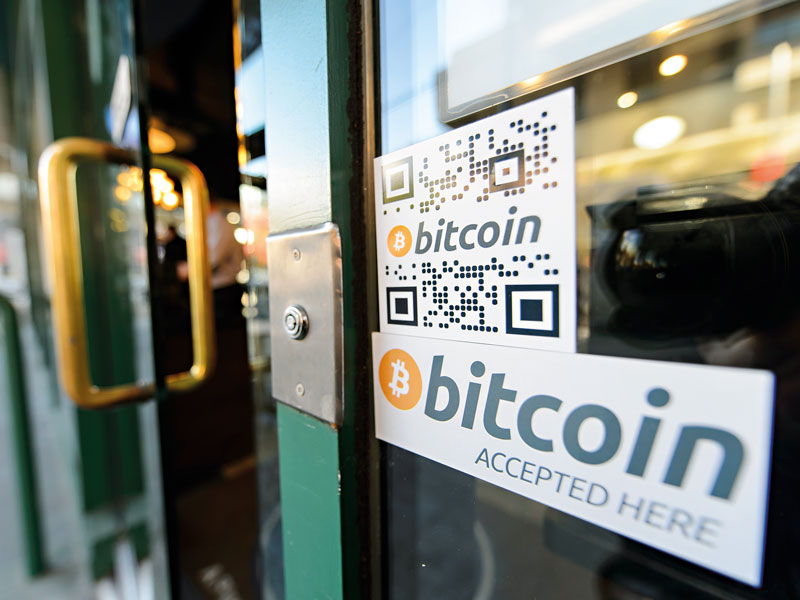 Recognising an opportunity to cater to ‘crypto-affluents’, many companies have started accepting crypto-tokens such as bitcoin. Today, travellers can book everything from transport to accommodation with cryptocurrencies

Meanwhile, blockchain and cryptocurrencies captured the attention – and imagination – of every sector in the economy, despite being once seen as a fringe tool to buy illicit goods on the dark web. Now, the technology is encroaching on the travel industry, setting the stage for a shift in how travel is organised and experienced.

Because of the novelty of blockchain and the sporadic volatility of cryptocurrencies, it is difficult to pin down the value of this technology in the travel industry. Nonetheless, it is growing fast, its applications are vast, and its disruption potential is significant.

Blockchain technology would also all but eliminate the possibility of document fraud, streamlining the process of going through airports

“Some people quote [the market size] into the billions,” Katherine Grass, Venture Partner at Thayer Ventures, told Business Destinations. “I think it depends a lot on the use cases that people are talking about. For sure, you’ll hear people say $10bn, $12bn opportunity size.”

Digital spending
Converting digital money into fiat currency is a costly process, and thereby reduces the individual’s purchasing power. Having businesses willing to sell products or services in direct exchange for cryptocurrencies solves this problem.

Recognising an opportunity to cater to ‘crypto-affluents’, many companies have started accepting crypto-tokens. Today, travellers can book everything from transport to accommodation, and even buy food, with cryptocurrencies.

CheapAir, the first online travel agency (OTA), became the first to accept bitcoin for flight bookings back in 2013. Meanwhile, sites like 99Flats and CryptoCribs – both of which are Airbnb-style services – let tourists pay for lodgings using their digital currency.

Even shopping with cryptocurrency is becoming easier, as services like CoinMap highlight the locations of local establishments that accept tokens, while crypto-ATMs are appearing in more and more cities. This is no longer just a fringe trend, either: Brisbane Airport has begun accepting cryptocurrency, and the Caribbean Tourism Organisation has said it plans to introduce crypto-payments for tourism-related goods and services in the region.

New on the block
Blockchain technology, which underpins cryptocurrencies, is itself being used innovatively in the travel industry. Blockchain works by creating a record of interactions, called ‘blocks’, which are verified by other users on the network to ensure the integrity of the information.

Once verified, the block is put on a ‘chain’ of blocks that cannot be changed. Because the system is decentralised – meaning no one has unilateral control over it – the information recorded on a public blockchain is immutable and cannot be altered by anyone on the network, including the creator. This allows reliable information to be added to, and shared from, a single source by multiple users.

Anyone who has ever taken a flight has worried over the possibility of their luggage ending up halfway around the world. Currently, information about a passenger’s luggage has to be input into multiple databases, as each airline and each airport has their own data management system. Having one common database in the form of blockchain, where each user can make direct updates that others can see in real time, can reduce the logistical problems associated with transporting luggage.

The year bitcoin was first accepted for flight bookings

The cost of fraudulent hotel bookings to travellers in 2017

of airline bookings are rejected because of suspected credit card fraud

Blockchain technology would also all but eliminate the possibility of document fraud, streamlining the process of going through airports. A number of entities have already proposed such systems, including a group led by the World Economic Forum with its Known Traveller Digital Identity concept.

In theory, blockchain could support a single record of a person’s identity, complete with all identification, travel and visa documentation. Currently, passengers have to repeatedly search through their belongings to produce their documents at multiple stages during the same trip. Their information is then placed into systems that do not necessarily communicate with each other: at check-in, at security, at passport control, at the gate and perhaps again at the destination.

For the air travel industry, identification on the blockchain could mean less capacity strain as well as cost savings – if passengers have to be turned back from their destinations due to entry ineligibility airlines can suffer heavy fines. “From a user perspective, [travelling with a blockchain-based ID] would be a much more streamlined process, and then from a travel provider side – the airlines, the airports – it is going to be a cost saving and a time saving for them,” according to Grass.

The increased security inherent in blockchain has the potential to significantly limit the possibility of fraud in travel bookings. Around four percent of airline bookings are rejected because of suspected credit card fraud, which is estimated to collectively account for between one and two percent – or between $2.4bn and $4.8bn – of airlines’ collective revenue.

This also leads carriers to reject many legitimate orders because automated systems cannot always analyse suspected fraud cases in sufficient detail. Additionally, 55 million hotel bookings were made through websites that turned out to be fraudulent in 2017, costing travellers around $4bn.

Blockchain also has the potential to change the way loyalty programmes are run. Loyalty points, to the aggravation of travellers, are often only redeemable with one company. Start-ups like San Francisco-based Loyyal are working on blockchain solutions that would allow loyalty points to be interchanged between companies.

It may seem counterintuitive for companies to allow customers to spend their loyalty tokens elsewhere, but many customers never use their points, and companies have to keep unused points on their balance sheets as liabilities, which can have a detrimental effect on capital-raising activities.

Cutting out the middleman
Currently, third-party travel agencies sit on a golden throne atop a consolidated travel market. The two biggest OTAs, Expedia and Priceline, control around 95 percent of the US market. Likewise, the two companies with the largest global distributions systems (GDS), Amadeus and Sabre, have joint control of over 80 percent of the market. The convenience that OTAs deliver to businesses trying to advertise their inventory comes at a high price, with fees of up to 25 percent that are then passed on to the consumer.

This is what British travel group TUI is looking to fix with blockchain. It has already implemented blockchain on a small scale, as a means to transfer beds between different property management systems. Blockchain was actually part of the reason why TUI decided to sell its hotel booking unit, Hotelbeds, in 2016, as the prevailing view within the company was that blockchain would soon reduce the importance of that line of business.

Perhaps the most prominent example of a start-up using blockchain in travel is Winding Tree, which seeks to disrupt the role of middlemen in the industry. Winding Tree provides a public blockchain on which companies can build their own OTA, and has already worked with established players like Lufthansa and Air New Zealand.

OTAs and GDSes are not just a form of technology, however. They are robust, complex business and marketing operations that cannot be displaced by technology alone. What Winding Tree is trying to do is not compete directly, but give potential competitors with their own business model a technological advantage.

“[The big companies are] good at marketing and attracting and keeping customers,” Izmaylov added. “But the platform that we are creating will allow a lot of companies to compete on the actual technology. The customers will be choosing the better, the faster, the cheaper [way to] travel.”

Jumping hurdles
As with most new ideas, cryptocurrency and blockchain face technical roadblocks that need to be overcome in order to fully integrate them into everyday life. The volatility of cryptocurrencies makes selling goods and services a risky proposition.

Someone who sold a car for bitcoin in December 2017 will have seen their earnings drop by around two thirds only half a year later. Additionally, because of the vast size of the travel industry, concerns about the scalability of blockchain technology are also widespread. Blockchain’s verification process can also mean transactions will be far slower than conventional methods, requiring much greater computer power.

For the people working in this field, however, these are just small problems that need to – and will – be resolved. “All [the] problems that those big organisations bring up all the time in order to protect their position in the market, scalability of blockchain, privacy of the transactions… All those problems are being solved right now by very, very smart people,” said Izmaylov. “There are tens of different projects that aim to solve all those things, so I’m not worried.”

We are in the beginning stage of a significant shift in the travel sector. It is still very early in the process, but it is clear that legacy systems will not be able to hold off the coming technological wave. The process of travelling through an airport, booking flights and accommodation, and the price and method of payment for travel are on track to change dramatically within the next decade.