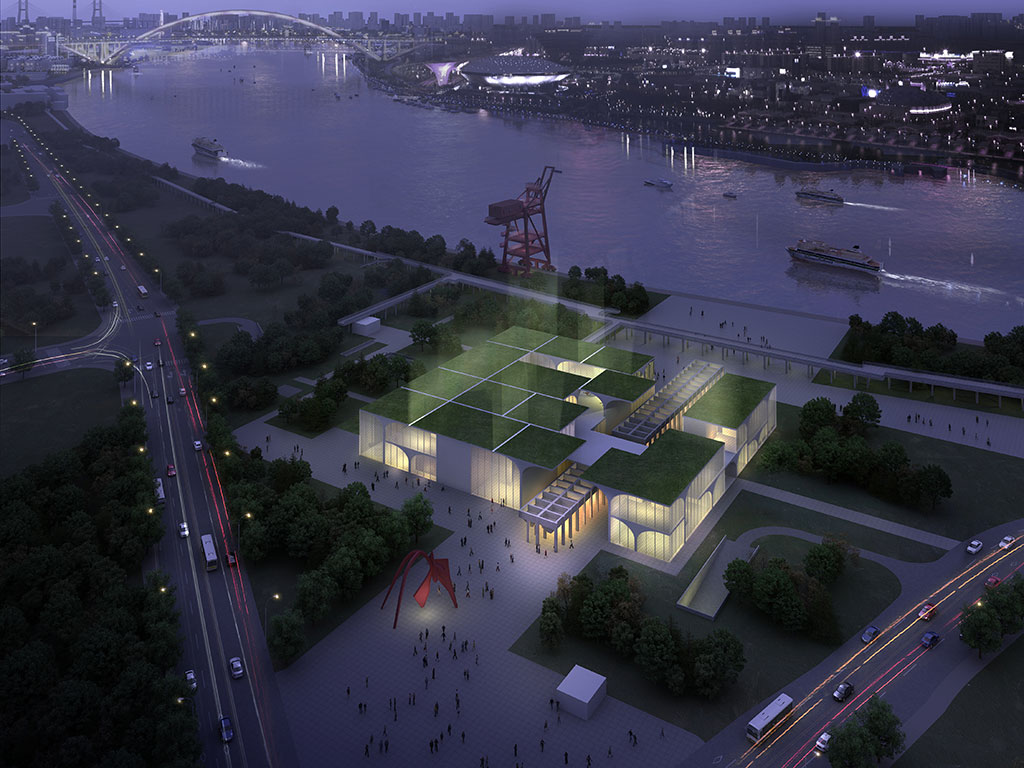 Wang Wei has been collecting art for a long time. She and her billionaire husband, Liu Yiqian, began to amass what is now one of the most important private art collections in China over 20 years ago. But it wasn’t until 2009, when Wang saw some of her ‘red classics’ in an exhibition of revolution-era Chinese art at the National Museum of China, that she began to think seriously about opening a gallery of her own.

The Long Museum, Wang’s 10,000 sq m art space in the Pudong district of Shanghai, opened in November 2012. A second Shanghai space, the Long Museum West Bund, is due to open on the banks of the Huangpo in a newly developed area known as the Xuhui Riverside on March 28. At 33,000 sq m, it dwarfs the Pudong building, where Wang’s ‘red classics’ hang alongside her extensive collection of contemporary Asian art and the traditional Chinese paintings favoured by Liu.

The chief curator hadn’t planned on expanding so quickly and admits she “feels a little pressure” now that she’s at the helm of not one but two gigantic Shanghai museums, but she’s taking it all in her stride. Her husband, Wang says, is a great source of support.

Expanding scene
The Long Museum West Bund is just the latest in an extraordinary wave of high profile public and private museum and gallery openings energising the Shanghai cultural scene, part of a wider boom in museum-building taking place throughout China. The last couple of years alone have seen the relocation of the China Art Museum to the former China Pavilion at the Shanghai World Expo, a huge step up in terms of scale; the launch of the Yuz Museum, a Chinese home for the collection of the Indonesian-Chinese collector Budi Tek, who opened a space in Jakarta in 2008; and the relocation of the Shanghai Himalayas Museum (another private institution) to an enormous new space in Pudong. The list goes on.

The year 2012 also witnessed the inauguration of the city’s first public contemporary art museum, the Power Station of Art (PSA), which occupies a converted power station in a former industrial area on the river, directly opposite the site of the Shanghai Expo.

Li Xu, a respected curator with over 25 years’ experience in the field of Chinese contemporary art, is deputy director of planning at the museum. The opening of the PSA, he says, was significant not just in terms of the Shanghai art scene, but for China as a whole.

“Chinese contemporary art has been developing for 30 years but it has not had an [official] platform,” explains Li. He points to gradual changes in the state’s attitude to contemporary art since the 1990s, flagging up the launch of the Shanghai Biennale in 1996 as a “turning point”. The 2000 Biennale, the first to include international artists, was another important moment, he says.

The PSA has a crucial role to play. “It should be an intersection, a platform for communication between China and the world, the international art community.”

International engagement
Wang sees her institution in a similar light. The Long Museum, like the PSA, presents international work alongside that of Chinese artists. Not to quite the same scale – while the PSA opened with the 9th Shanghai Biennale and followed up with Andy Warhol: 15 Minutes Eternal, the Long Museum has so far hosted only one exhibition featuring international work, Clues of Asia: Asian Contemporary Art from the Long Collection ­– but Wang is ambitious.

The international programme will be extended with the opening of the West Bund building, which boasts more space for temporary exhibitions, she says. “It will be very good to build up some more connections with the international community, especially private museums abroad, and to maybe have some exchange exhibitions both here in China and abroad.”

But developing closer links with the international art community is not just about facilitating loans of art works and working together on touring exhibitions – though that is, of course, paramount. While not seeking to denigrate the Chinese museum sector, it is undoubtedly the case that the whole community, still very much in its infancy, can learn a great deal from more established institutions elsewhere.

Wang acknowledges this to be the case. In September the Long Museum hosted the 1st China Private Museum Forum 2013, a one-day event that brought leaders from art and heritage institutions across the country together with representatives from international organisations, including the Guggenheim, to discuss how to ensure a sustainable future for private museums in China.

Tempting crowds
Public institutions like the PSA do not face the same funding issues as private museums like Wang’s – government support for state-run museums in China has been very generous in recent years and will continue to be so – but there are other challenges that the two models share. Visitor numbers, for example, have been underwhelming at both the PSA and the Long Museum, which welcomed around 250,000 and 50,000 respectively in 2013. Compare this to the 5.25 million who visited London’s Tate Modern in 2001 (the first full year of operations for the museum) or the Chinese government’s projected figure for total museum attendance in China by 2020: one billion.

Wang reports herself “satisfied with the current operation situation of the museum” but a certain disappointment with attendance figures is implicit in her comment that “people here in China are different to people in the West. People in the West queue up to see exhibitions in every museum and less people do that [here]”. She describes the various strategies in place to try to boost visitor numbers, including public lecture programmes for adults and children and a range of membership schemes.

For his part, Li cites the PSA’s inconvenient location and poor transport links as the primary reason for low attendance at the museum – problems that he hopes can be remedied in due course.

He also acknowledges that contemporary art is still very much a minority interest in both Shanghai and China as a whole. “But this small group of people who love contemporary art – this community – is growing very fast,” he says. Whether it’s growing fast enough to ensure the survival of China’s new generation of mega museums, including the Long Museum and the PSA, only time will tell. Li certainly hopes so.