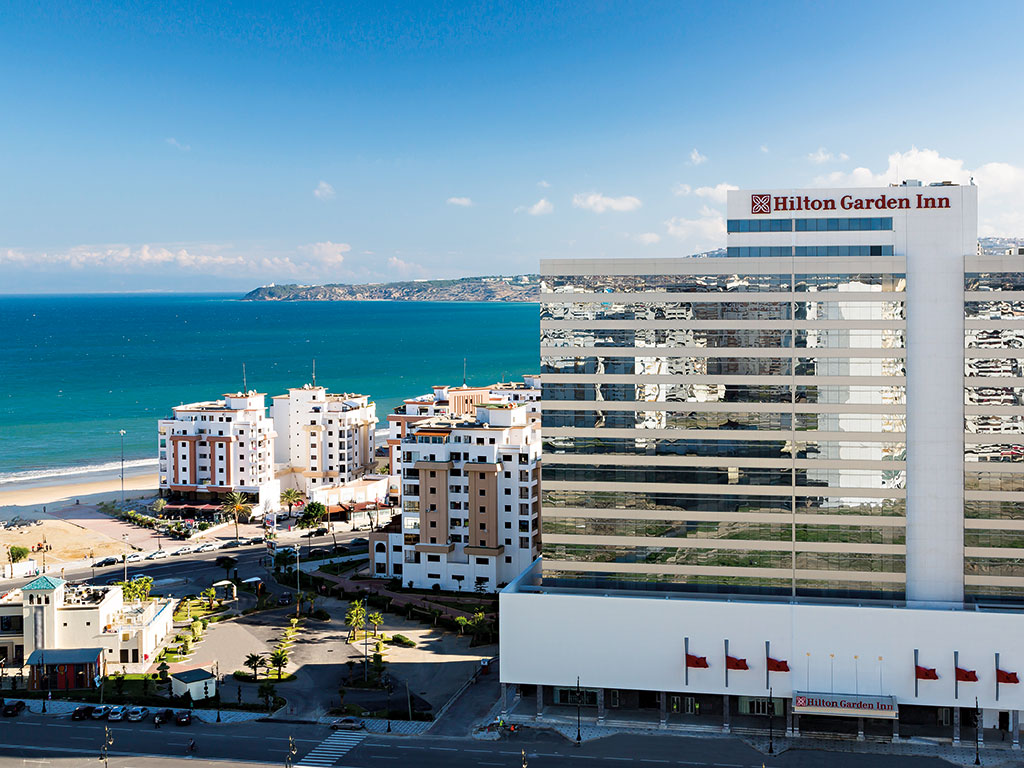 The Hilton Garden Inn Tanger City Centre is wholly dedicated to being a world-class, service-driven hotel

Hilton Worldwide has returned to Morocco, introducing a charming new location that is set to entice tourists from both near and afar. The city of Tangier, a bustling port town that is located at the northern tip of Morocco on the Strait of Gibraltar, was carefully chosen for Hilton’s new site precisely for its overwhelming potential and rapid development trajectory.

Given the rate with which Morocco’s second economic centre is growing, the Hilton Garden Inn Tanger City Centre is wholly dedicated to being a world-class, service-driven hotel that simultaneously offers excellent value for money. With this focus at the core of its model, the hotel’s offerings for both the business and leisure traveller are second to none in the region.

A bridge between continents
Although the destination overlooks the lapping blue waves of the Mediterranean and is close to both ancient and modern sightseeing attractions, Tangier is surprisingly unknown to the typical tourist.

The hotel itself is located just metres away from the Mediterranean Sea, making it a huge draw for visitors who wish to experience Morocco’s rich culture while also enjoying the delights of a coastal destination. In addition to such spectacular views, hotel visitors can take advantage of the fact that the distance from Morocco’s coast to that of southern Europe is the shortest distance between two continents on the planet: as such, visitors are able to reach Spain in just 35 minutes via ferry.

The Hilton Garden Inn is also a short drive away from the city’s most popular historic attractions, such as the Moulay Hafid Historical Palace, the Theatro Cervantes, the Grand Socco and Petit Socco, along with a tantalising variety of authentic local restaurants. Other major attractions in the city include open space stadiums, shops, cinemas, entertainment activities and a buzzing casino.

Similarly close are many of the country’s greatest ancient charms, such as the riveting Caves of Hercules, where it is believed the son of Zeus stayed before his 11th labour. Then there is the famous blue-washed village, Chefchaouen, a stunning town located in the Rif Mountains that possesses an enthralling history and a strong feel of the otherworldly.

The heart of business
The Hilton Garden Inn is also in close proximity to the various international corporations that are located in Tangier; an impressive list that includes Coca-Cola, Danone, Delphi, Ford Motors, Maersk, Renault and Yazaki. The hotel has thus positioned itself as an excellent venue for business, while also offering a location that is ideal for leisure and relaxation during those free moments. For example, Tangier City’s first mall is located on the same site as the hotel, providing the utmost convenience for all of its guests. Moreover, the Hilton Garden Inn is only a short walk from the city’s central high-speed railway station, as well as its biggest convention centre.

The hotel attracts the most discerning of business travellers through an array of world-class services, including meeting rooms, a 24-hour business centre and fitness facilities, an on-site restaurant and bar, self-service laundry facilities, and its own Pavilion Pantry convenience store. Rooms offer both comfort and practicality, providing king or queen-sized beds and hot beverage making facilities, as well as a sizeable work desk with an ergonomic chair and adjustable lighting for those working around the clock. Other amenities include an iron and ironing board, mini-bar, safe, hair dryer and 40-inch flat screen TV.

Naturally, with the Hilton name come other benefits as well, such as the chance for visitors to participate in the Hilton HHonors reward programme: this scheme allows travellers to earn points from both air miles and hotels at over 3,800 locations around the world. Furthermore, event planners can benefit from the Hilton HHonors Event Planner programme, which earns them event credits that can be redeemed at hotels around the globe, making their experience at the Hilton Garden Inn rewarding in every sense of the word.