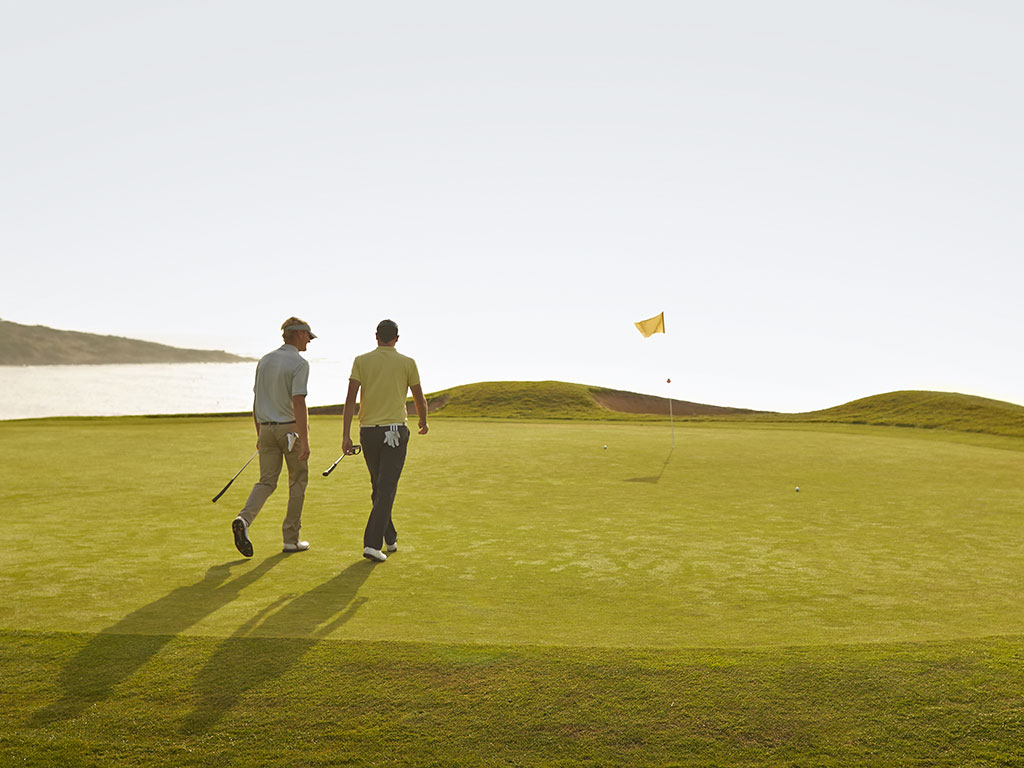 Europe is now home to more than 7,000 standard golf courses and 4.14 million registered golfers. Top of the country leader board both in its number of courses and players is England, according to the Golf Participation Report for Europe 2016 by KPMG, and despite its comparatively small population, Scotland comes in fourth and seventh respectively.

It is little wonder then that a large percentage of British people that buy a property abroad choose one that is located on a golf resort, or within a short drive of a fairway. Playing a round under the Mediterranean sun with dazzling sea views makes a nice change to the conditions we put up with back in the UK, especially in the winter. Plus, quality golf properties typically let easily, helping owners to pay for them. So, if you’re looking to hole yourself a holiday golf pad in 2016, here’s an overview of two of Europe’s most popular golfing destinations.

Costa del Sol, Spain
Boasting nearly 60 courses, Spain’s famously sunny Costa del Sol has golf properties to suit all tastes and budgets, from your everyday family or couple to international celebrities. But with so much choice, where should potential buyers start?

A firm favourite with British owners is the Nueva Andalucia area, which is essentially an inland, more residential extension of glitzy Puerto Banus. It is also known as Golf Valley, thanks to the fact that much of the area is built around three quality courses; Las Brisas, Aloha and Naranjos. Townhouse prices start at around €250,000, while villas in gated communities are available for around €550,000.

Next door to Golf Valley, close to Benahavís, are some of the Costa del Sol’s most upmarket golf resorts, including La Zagaleta, Los Arqueros, La Quinta, Monte Mayor and Marbella Club. Multi-million price tags ensure that only celebrities, royalty and the super wealthy own properties here.

For championship-standard golf, head further west to the chic marina resort Sotogrande, home to Ryder Cup host and arguably Spain’s most famous golf club, Valderrama. Next door are the equally impressive courses at Almenara and San Roque, both with smart homes situated around them.

Back in the eastern half of the Costa del Sol, properties become more affordable as you move towards Málaga. Rio Real, Los Monteros, El Rosario, Las Chapas and Cabopino are all popular communities, but Elviria is a particular favourite with British buyers. Elviria includes two golf courses – Santa Maria and Elviria Hills – and a lively beachfront that includes the Nikki Beach and Beach House beach clubs. Depending on location, apartments are available for around €150,000 – more if they’re close to the golf course or beach.

The Algarve, Portugal
It’s an exciting time to be sampling golfing properties in Portugal: 2016 marks 50 years since the first golfer teed off in the Algarve, namely at Penina in Portimão. Since then, the Algarve has grown into a top notch international golf destination, which boasts 25 courses and has hosted the Portuguese Open no fewer than 23 times, as well as 35 additional tournaments on the European Tour and Senior Tour. To mark the 50th anniversary, guest golfers at top Algarve courses are being offered the chance to win 50 green fees.

“A record 1.2 million rounds were played in the Algarve in 2015”, said Laura Richards, Portugal Buying Specialist at Property Guides. “Good news for homeowners is that 2016 is looking to at least match that. In terms of property, prices in Portugal grew by 3.4 percent in the year to Q3 2015, and now stand 9.1 percent above their lowest level of 2013. Positive annual growth has now been recorded every quarter since Q4 2013.”

The focal point of golf there is the world-class ‘golden triangle’ resorts of Vilamoura, Vale do Lobo and Quinta do Lago, each offering championship courses and a large choice of property – much of it luxury. Celebrity homeowners in these parts include sports stars such as Rubens Barrichello, Steven Gerrard, Michael Owen, Teddy Sheringham, José Mourinho and Cristiano Ronaldo.

For more affordable property that is still located near the beach and golf courses, take a look around Albufeira in the central Algarve, or Lagos in the west. Numerous flights into Faro or Lisbon from the UK make for excellent air access.