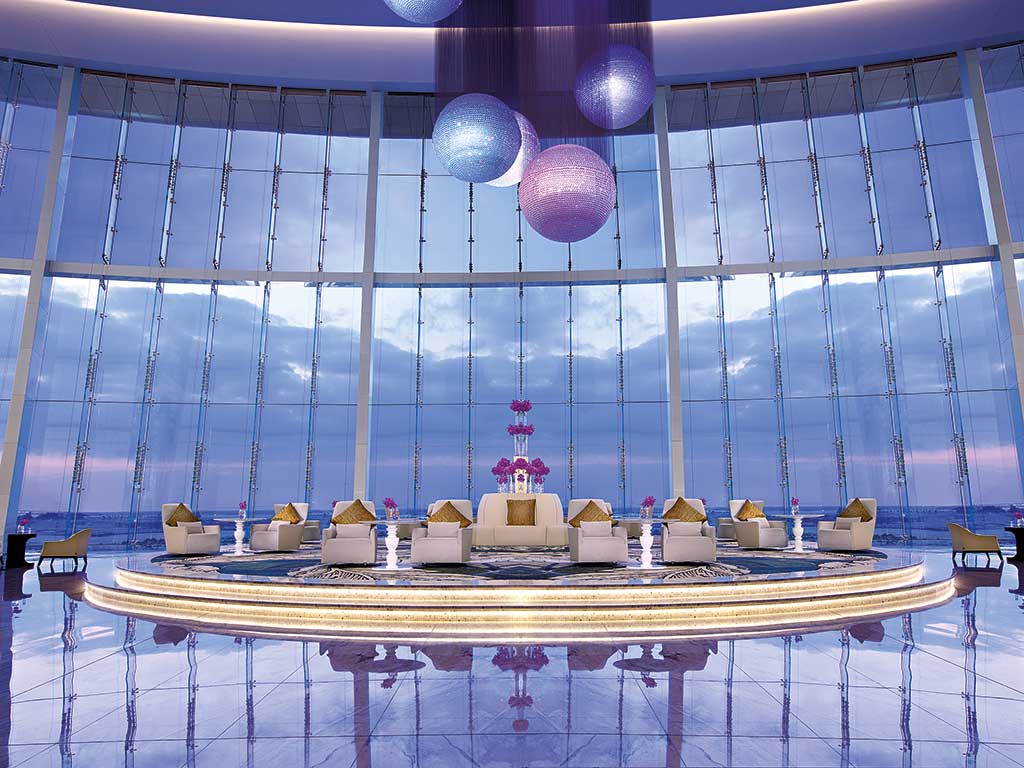 Located on the shores of the Arabian Gulf, Jumeirah at Etihad Towers has commanded a striking presence since construction was completed in 2011. Having recently commemorated the fifth anniversary of its opening, the hotel has evolved alongside Abu Dhabi and emerged as a prime destination for many travellers hoping to explore the region.

Abu Dhabi has substantially changed since construction began on the Etihad Towers development. After emerging as a destination for travellers seeking luxury and exclusivity, Abu Dhabi is now one of the world’s premier destinations and plays host to some of the greatest international events, such as the final race on the Formula 1 calendar.

More recently, Saadiyat Island has become a popular new destination. Just a short drive from Abu Dhabi, the island is currently home to a number of ambitious construction projects that are set to bring a whole new dimension to the location, including a branch of the legendary Louvre gallery.

As Abu Dhabi has continued to grow both in popularity and in capacity in recent years, so too has Jumeirah at Etihad Towers.

Award-winning cuisine
Consisting of more than 380 guest rooms, almost 200 serviced residences and 12 restaurants, bars and lounges, Jumeirah at Etihad Towers is a prominent figure amid the beachfront skyline. Both the hotel itself and the restaurants it houses have won a multitude of awards since opening.

Boasting spectacular views from its observation deck, which is located on level 74, and offering culinary delights at Brasserie Angélique, Tori No Su and Ray’s Grill, to name just a few, Jumeirah at Etihad Towers is the first choice for many savvy travellers staying in Abu Dhabi.

Meeting the changing expectations of its guests, Jumeirah at Etihad Towers has developed its food and beverage options over the years to meet exceptionally high standards. This was on display at the recent celebrations commemorating its fifth anniversary, where creatively decorated pastries and exquisite special menus prepared by award-winning chef Sumeda Palihakkara were served to guests.

Making a difference
Another area in which Jumeirah at Etihad Towers has excelled is its efforts to improve its environmental impact. The hotel was awarded its first Green Globe certification in 2014, scoring 85 percent on the stringent tests. Based in California, Green Globe is responsible for measuring the sustainability of operations within the tourism industry. In 2016 the hotel posted even better results, exceeding expectations and scoring 88 percent.

Additionally, Jumeirah at Etihad Towers has looked into how it can improve its social impact. In conjunction with the Sealed Air Corporation, the hotel has supported the Soap for Hope initiative, which aims to recycle used soap slivers into full bars for impoverished communities. As well as reducing waste, this initiative allows both Jumeirah at Etihad Towers and its guests to support those in need.

More locally, Jumeirah at Etihad Towers has partnered with local social enterprise group Enable, which aims to help people with special needs find employment opportunities. Through this partnership, Jumeirah at Etihad Towers has purchased and installed a range of plant arrangements throughout the hotel, which were produced by Enable’s staff, with plants replenished every six months. Around 20 percent of the sale price is given directly to the people who created the arrangements, with the remainder used to cover operating costs.

The future for both Jumeirah at Etihad Towers and Abu Dhabi is bright and promising, with the region and city continuing to develop as a world-class destination for business and tourism. As Abu Dhabi continues to grow, change and develop through the construction of new developments, Jumeirah at Etihad Towers will also match the ever-evolving desires of visitors to the region. After a tremendous first five years, the next five look set to be even more successful.