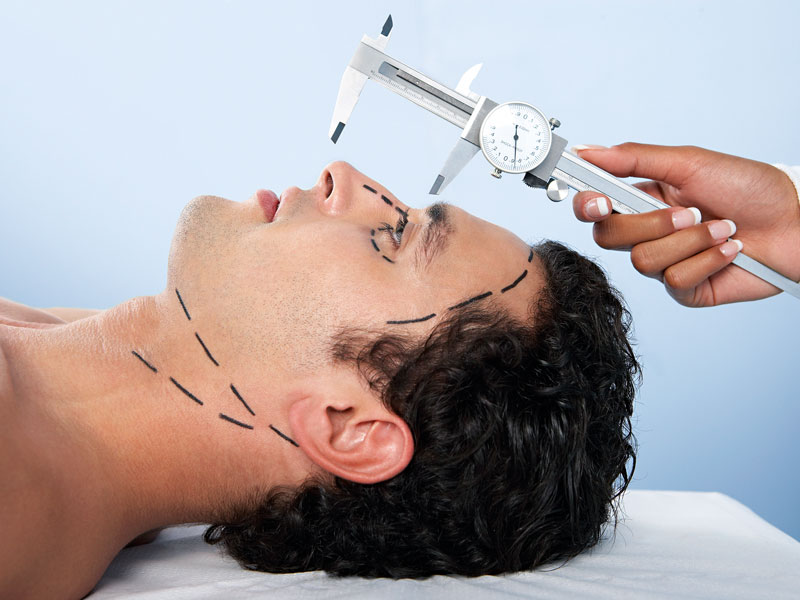 Turkey is typically celebrated by global travellers for its white sand beaches, azure seas and opulent palaces. Now, the Eurasian country is seeking to bolster its reputation in the field of medicine, too. Turkey has seen an influx of medical tourists over the past 10 years, rising from 75,000 visitors in 2007 to more than 700,000 in 2017, according to the Istanbul International Health Tourism Association. It is estimated that this number had topped one million by the end of 2018.

The low cost of treatment remains the most attractive factor for the majority of visitors, particularly those from countries with no paid-for state medical system

Faced with soaring healthcare costs at home, tourists from Europe, the US, Russia and Saudi Arabia are opting to fly thousands of miles to save up to 90 percent on the cost of treatments – and incorporate a summer holiday into their trip.

Healthcare in Turkey has come on in leaps and bounds in recent years, and the country now boasts a number of internationally accredited, state-of-the-art hospitals. However, there are some institutions that compromise on safety standards to scrimp on costs – those are the ones that thrifty tourists must watch out for.

Foreign bodies
Medical tourism is one of Turkey’s fastest-growing industries and is estimated to contribute $4bn to the country’s economy annually. Patients flock in from across the globe for a range of medical procedures, from the cosmetic to the essential, costing anywhere from a few hundred dollars to almost $20,000.

The low cost of treatment remains the most attractive factor for the majority of visitors, particularly those from countries with no paid-for state medical system. In the US, where healthcare costs are eye-wateringly expensive even for those with medical insurance, it’s a no-brainer to go abroad for treatment. For example, the average fee for a heart valve replacement in the US is $150,000, whereas it’s just $17,000 in Turkey.

Shorter waiting times are a contributing factor, too. Patients can wait up to 18 months for a knee replacement, particularly in the UK, where the overstretched NHS is suffering from a lengthy backlog. By contrast, in Turkey, most patients can have the operation in less than two weeks from the point of booking. It’s a simple equation for many: the less time they spend waiting for a procedure, the sooner they can be back on their feet.

Boosting the numbers
Seeking to capitalise on the influx of medical tourists, Turkey has recently unveiled a roster of state incentives to make healthcare even cheaper for overseas visitors. In March 2018, the government passed a law offering a VAT exemption to non-resident foreigners who undergo medical treatment or rehabilitation in an institution accredited by the Ministry of Health. It has also made healthcare the central focus of its national tourism development plan and is aiming to bring in two million patients and $20bn in revenue annually by 2023.

It’s not just patients that will benefit from this prioritisation, either. In April 2018, former Turkish finance minister Naci Ağbal announced that the government was in the process of debating new regulations to encourage private investment in the healthcare sector. He told state-run news agency Anadolu: “We will offer additional incentives to private companies for their health tourism investments.”

Ağbal also suggested that the country was pressing to sign contracts with foreign social security institutions to bring more elderly patients to Turkey for medical care.

Turkey is an almost perfect destination for elderly patients, particularly those unable to afford vital operations at home. Retirees are able to travel at almost any time of the year, with many opting to do so in spring and autumn, when the weather is still warm but the crowds of summer holidaymakers have returned to their desks. This allows Turkey to maintain a fairly consistent flow of tourist trade, rather than the summertime boom that the country has historically seen. It’s a more consistent income model, with fewer external factors – such as poor weather – to dissuade visitors from travelling.

“To try and spread demand more evenly, Turkey and other destinations with similar seasonality issues try and diversify their product,” said Rochelle Turner, Research Director at the World Travel and Tourism Council. “By focusing on new and niche markets where the experience is more important than the weather, these destinations are hoping to attract new visitors, open up regions and create new products that will appeal.”

Overall, tourism has fallen dramatically in Turkey over the past three years due to a series of diplomatic incidents and an increased terror threat dissuading prospective visitors. The country now purports to have smoothed over the political cracks, claiming to be back on a more even keel. The influx of medical tourists indicates a restoration of international confidence and is set to help Turkey replenish the funds it lost as a result of reduced tourism revenue.

Turner said: “750,000 is a significant number of people – all who will be staying in hotels, buying food and drink, and perhaps experiencing some of Turkey’s vibrant culture. This all brings needed income to the country, creating jobs and opportunities for further development through the supply chains of these businesses.”

Safety first
For the most part, undergoing a medical procedure in Turkey is a safe experience, particularly with regards to serious curative procedures in leading hospitals. The Anadolu Medical Centre is Turkey’s most respected institution, boasting an affiliation with the US’ eminent John Hopkins Hospital through its international programme. The hospital is particularly famed for its cancer treatment centre, which is recognised by the Organisation of European Cancer Institutes as providing an extremely high level of care for patients.

In the cosmetic sphere, however, standards are not so high. A February 2018 investigation by UK newspaper the Mirror found that Turkey is the worst location for botched plastic surgery operations on British people, with Marmaris-based surgeon Dr Mehmet Kaya singled out by the paper for causing physical damage to a number of patients.

Kaya was found to be offering cosmetic procedures for an 80 percent discount on the price typically paid in the UK. Over a dozen women have since come forward claiming Kaya has left them with permanent scars as a result of improperly stitched wounds, though a clinic representative told the Mirror “it is not the doctor’s fault”.

Michael Saul is a partner at Cosmetic Surgery Solicitors, the first law practice in the UK to help patients claim compensation for complications resulting from substandard plastic surgery.

He believes that it is highly dangerous to go abroad for any kind of cosmetic procedure, due to inadequate pre and post-operative care and the expectation of financial commitment before a patient has seen the facilities or met their operating physician. “There’s a range in surgical standards from country to country, the qualification process will be different for doctors, so really it’s a lottery,” he told Business Destinations.

From a legal standing, it can be near impossible to claim compensation for substandard surgery administered abroad. “The starting point is you normally have to sue in the country where you have had the surgery,” Saul said. “If that’s in Turkey or other parts of Eastern Europe, there will be language barriers, a no-win-no-fee regime is unlikely to be available, and also the level of compensation awards in those types of jurisdictions are likely to be low, too.”

In an effort to tackle sub-standard clinics, in July 2018, the Turkish parliament approved a bill to establish International Health Services, an organisation that will help regulate and promote the health sector. There are concerns, however, that the promotion element of the organisation’s directive will take precedent, with noble regulatory goals falling by the wayside in favour of greater revenues.

Turkey must now strike the right balance between bolstering its tourism revenue while ensuring that stringent clinical standards are met. If safety is not prioritised, the country risks seeing a dramatic decline in medical tourists over the next few years, as prospective visitors realise that the low cost of surgery simply isn’t worth the risk.