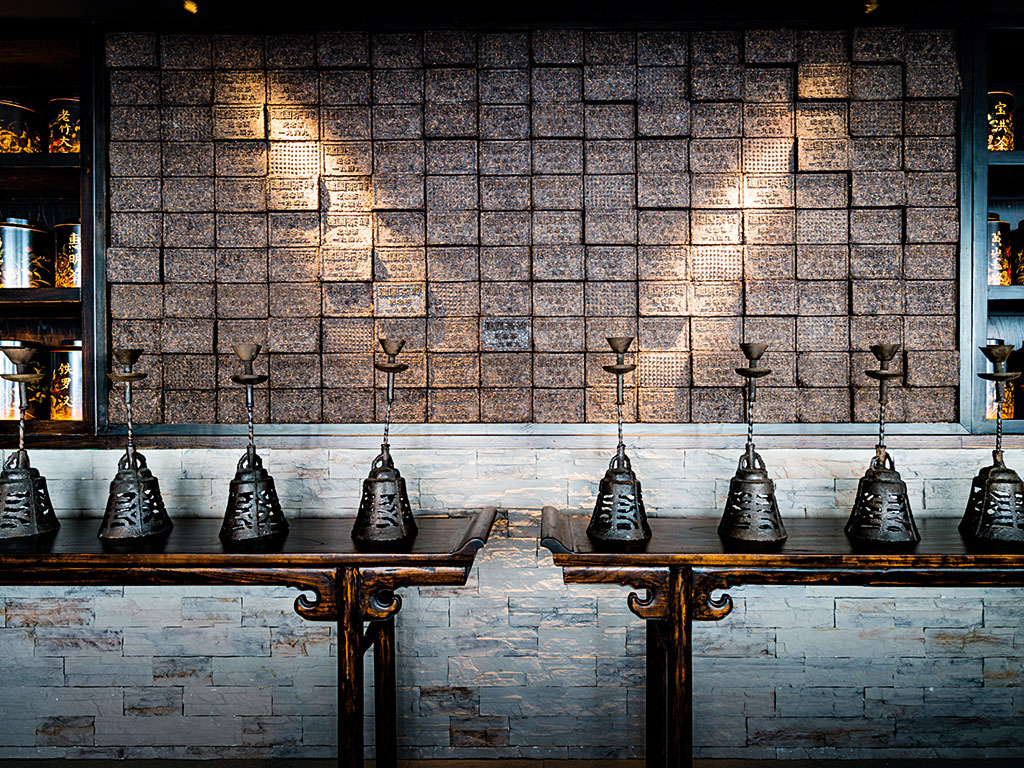 The tea wall at Hutong, London. As more Chinese tourists flock to different parts of the world, the country's cuisine is becoming more commonplace

China’s emergence as a global economic powerhouse has led to it having financial interests across the face of the world. Investments range from African natural resources, American bonds and Australian metals to Russian energy, German engineering and British real estate. Such has been China’s rapid growth in importance on the international stage that every rise and fall of its stock market is met with countless opinion pieces and analyst’s notes on the potential impact on the wider world economy – so much so that it has rivalled even the US for prominence in global economic influence.

However, while China’s economic clout is undeniable, it is also starting to have a serious cultural impact on the rest of the world, much like the US has had over the last century. Chinese art is becoming hotly desired, while the country’s cuisine is becoming increasingly commonplace, with exotic spices and teas captivating European markets. As Chinese people begin to travel further across the world, so too will the country’s cultural heritage be exported to new places.

This is not the first time that China has so strongly influenced the culture of the world. For around 400 years, between the 14th and 18th centuries, the country was seen as immensely advanced compared to its European cousins. Ever since Marco Polo revealed China’s varied and exotic culture to Europe in the 1300s, the country began to export its many wares. In the 16th century, Jesuit missionaries – most notably, Matteo Ricci – further helped the expansion of Chinese culture, philosophy and innovation. However, by the dawn of the industrial revolution, China soon fell behind the West in its influence, and was routinely sacked by British and French colonial forces in their quests for resources.

During the 20th century – a relatively fallow period for Chinese influence – another country rose to dominate the world both economically and culturally: the US’ emergence as the leading global superpower led to it influencing many aspects of global culture. While Hollywood actors and American music stars have become recognisable the world over, the US’ influence on the eating habits of the global population can be seen from the ease with which anyone on the planet can now get a Coke and a hamburger.

The global stage
Now, with the US’ influence on the world apparently being replaced by that of China, so too is the Asian giant’s food starting to take centre stage. Chinese people are travelling all over the world, and are taking their culture with them. With Chinese cooking seemingly becoming an integral part of many of the world’s kitchens, restaurants are springing up to cater for this new interest. From street food to boutique restaurants, lovers of Chinese food are well catered for throughout the world. Many global cities boast their own China Towns, populated by Chinese immigrants and littered with all manner of restaurants. However, the very highest end of the market is now also becoming populated with many Chinese eateries.

At the Shard, one of London’s most iconic new buildings, a particularly unique Chinese restaurant has been making waves in the city’s flourishing culinary scene ever since launching two years ago. Hutong, an offshoot of a Hong Kong original of the same name that itself was so-called after the traditional narrow Chinese streets found in the north of the country, has built itself a reputation for offering Londoners a mix of typical Chinese dishes alongside gourmet versions of traditional street food. Part of the Aqua restaurant group, Hutong sits high up on the 33rd floor of London’s tallest building, offering breathtaking views of the city.

Earlier this year, Hutong welcomed a new chef into its kitchen. Bing Luo, who has brought a number of innovative new dishes with him, comes from the southwestern city of Chengdu. Luo has been cooking for most of his life, be it in restaurants or for his family.

Business Destinations caught up with the chef to find out more about his career, his thoughts on Chinese cooking, and how his country’s culture has captivated the world.

What inspired you to become a chef?
It was all I ever wanted to do – to provide for my family and to make sure there was always food on the table.

How long have you been cooking for?
All my working life. I studied at catering college and my first job was as a section chef. I trained in my home city of Chengdu, the capital of Sichuan province.

What are your favourite dishes to make?
I like to make dishes with strong, complex flavours, using Sichuan pepper, onion, chilli and garlic. A new dish I have just introduced to our lunch menu is Guaiwei seafood – Guaiwei is a complex type of seasoning popular in Sichuan, but hardly known outside of it.

How important is it to you that you are sharing the food of your home country?
Very important. I am proud of China’s great culinary heritage, and it gives me great pleasure to share it.

How different is it working in London to Hong Kong?
Actually, the two cities feel quite similar in terms of their energy and pace of life, and both have fantastically diverse restaurant and food cultures.

Do you think that Chinese food is becoming increasingly popular around the world?
Absolutely, both because Chinese people themselves are travelling more widely and taking their cuisine with them, and more international travellers are visiting China and discovering for themselves that Chinese food is about so much more than the traditional takeaway. This creates a demand back home for the diverse cuisine of my country.

How else is Chinese culture spreading across the globe?
Again, due to greater inbound and outbound travel, Chinese culture is spreading around the world. People are learning more about our many great artists, musicians, writers, poets… it’s an exciting time.

What can people expect at Hutong at the Shard?
To discover the exciting and diverse cuisines of northern China and Sichuan, in the form of authentic dishes many of which they will not find elsewhere, served in a beautiful space evoking the hutongs or alleyways of old Beijing.

What other plans are there for Hutong to expand?
We shall see – Aqua Restaurant Group (which Hutong is part of) has always grown organically, with our owners first finding new sites and territories that excite them, and then deciding what sort of restaurant to open there. Watch this space!