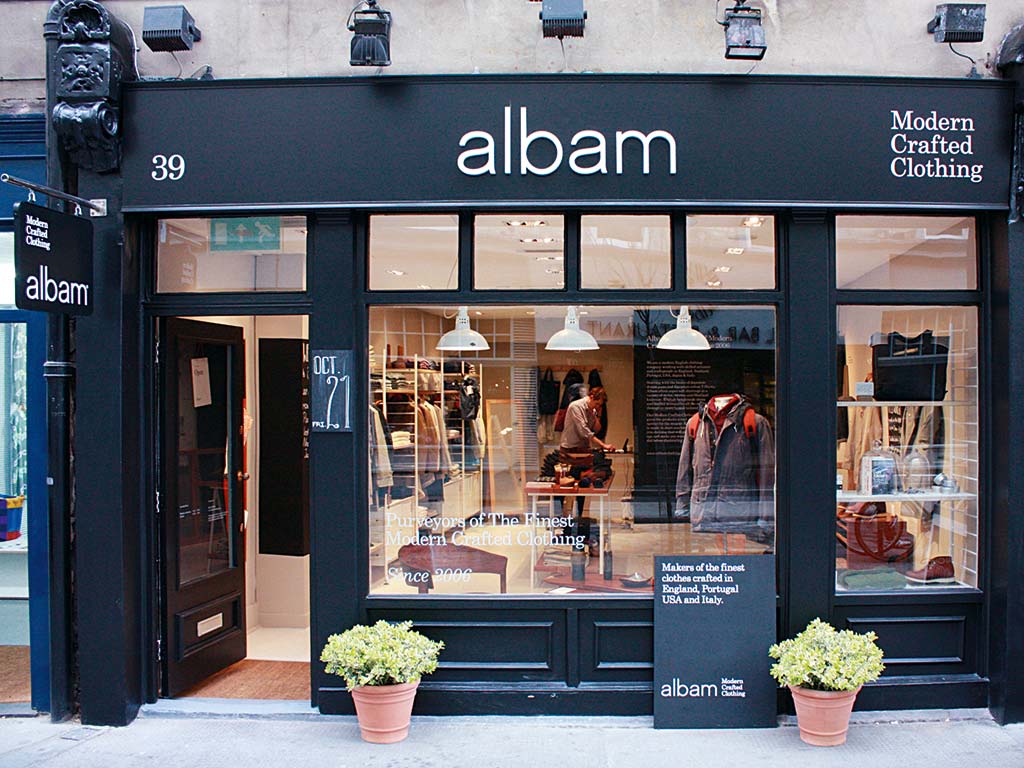 Every city has a style identity. London is known to have many – sartorial eclecticism is an integral part of its heritage – but one of the strongest menswear aesthetics of recent years is an offbeat kind of cool provided by a cluster of homegrown designers specialising in casual clothes with an innovative slant.

This coveted set of names includes Folk, YMC, Oliver Spencer and Albam, all of which have their own signatures, but belong to the same distinctive family. There is something pleasingly homespun and comforting about this lot and their wares: knits could’ve been handcrafted in the Scottish highlands; shirts are often fashioned from cotton that has considerable texture and softness.

A Folk or YMC jacket might appear simple at first glance, but look closer and the true character of the garment emerges. An unmistakable whiff of English eccentricity lingers beneath the fuss-free cuts; exuberance is confined to quirky detailing, subtle prints or interesting colour combinations.

“Charles Eames once said: ‘The details are not the details, they are the design’,” says Folk’s MD Fraser Shand. “The reason why customers buy our clothes is probably because they like the effort we put into small details in the garment – whether that happens to materialise in a certain fabric choice, a type of button or a topstitch. We’re not recreating the wheel in terms of style, but adding the bells and whistles seems to differentiate us.”

Designing pieces that strike a balance between functionality and creativity is not easy, and men aren’t always receptive to novel ideas – something YMC’s co-owner and design director Fraser Moss is well aware of. “It’s a fine line, and one that I have got wrong at times over the years. But since my own style is quite classic and timeless with enough of a twist, I just have to retain faith in my own judgement.”

Their increasing popularity certainly suggests these London labels have nailed the art of dressing the modern man. But most importantly, they know how to navigate the choppy waters of the fashion industry and take the look forward without losing sight of their identities. Far from being newbies, all four names have been around for some time. Folk was established in 2001 and initially sold menswear only. It now incorporates women’s clothing, as well as a growing range of footwear. At almost 20 years of age, YMC is the oldie of the group, and its offer has expanded with time to incorporate full collections for men and women. Oliver Spencer, meanwhile, is about to reach the respectable age of 12, and women have been able to clad themselves in his designs since 2008. Albam was founded in 2006, and so far caters for men only.

Universal appeal
The quiet but subtly humorous allure of this gentle fashion troupe appeals to a surprisingly sprawling clientele. The discerning Dalston set in East London have long trotted to Folk and Oliver Spencer to pick up cardigans and cotton twill trousers cut just so at the ankle, but boardroom dwellers aren’t entirely immune to their charm. “Our label attracts a nice mix of customers, which can probably be attributed to our focus on quality and understated design, which features just enough detail,” observes Shand. “There is enough detail in the garment to make the cool kids stand out, and the city boys find that the clothes aren’t too scary since they don’t scream ‘fashion’.”

The conscious stepping away from obvious trends resonates strongly with YMC’s Fraser Moss too. “I tend to design the kind of clothes I’d like to wear myself,” he says. “I never pick up fashion magazines, I don’t study trend forecasts – YMC is about style, not fashion. And as such it hopefully attracts a lot of likeminded souls.” Similarly, the ideas that come to Oliver Spencer at the sketching table mirror his own wardrobe – a style that fuses traditional tailoring and streetwear influences, resulting in an unmistakably English look with flashes of Americana and Japanese styling. The duo behind Albam – Alastair Rae and James Shaw – design clothes intended to slot seamlessly into any man’s
wardrobe. But the craftsmanship that goes into the construction of each piece, and the quality of the fabrics and trims, which are mainly sourced in Italy and Britain, give the garments an artisanal feel.

The quest to produce the collections locally and fairly is another common denominator uniting this set of names. About 80 percent of Oliver Spencer’s line is made in Britain, and the rest is manufactured within the EU to minimise impact on the environment, and avoid the unethical working conditions that garment factory employees further afield are often forced to endure.

A few years ago, one had to search quite hard to find a new outfit by Folk, YMC and Oliver Spencer. By now, all three have secured an impressive list of wholesale accounts, both internationally and on home turf. Heritage London department store Liberty houses one of the best menswear floors in the world, and these brands feature prominently.

While the retail sector is generally in decline, setting up at least one standalone store is a strategic must for many independent fashion contenders. “It’s very important for us to have a ‘show space’ as it functions as a window to our world,” says YMC’s Fraser Moss. “Since YMC is a small company, it doesn’t have a significant marketing or advertising budget, so we have to rely on the idiosyncratic nature of our two stores to give our customers a feel for what YMC is about.” Folk, Albam and Oliver Spencer also operate standalone stores, most of which are based in the east end or Soho – though Folk has spread its wings by way of opening a shop in Amsterdam, and Oliver Spencer has ventured as far as Toronto. At the moment, Albam trades exclusively via its four London outlets.

Pintsized, cosy and full of character, the retail establishments run by this group have a warm and intimate air far removed from the soulless cookie-cutter concepts that dominate the high street today. As distinctive as the clothes that lay folded on the shelves within, each shop has its own look – even those conceived by the same label. YMC’s original Soho store, which opened in 2009, is inspired by two niche, but trendy, elements of Victorian culture: taxidermy and the occult. The East End flagship shop, meanwhile, draws on the inherent functionality of a morgue, a theme that is not immediately apparent when first setting foot inside, but is charmingly creepy once it reveals its pallid self in details such as a mortuary slab and a sinister-looking plughole. And there it is again – the knack for taking risks and getting it right.