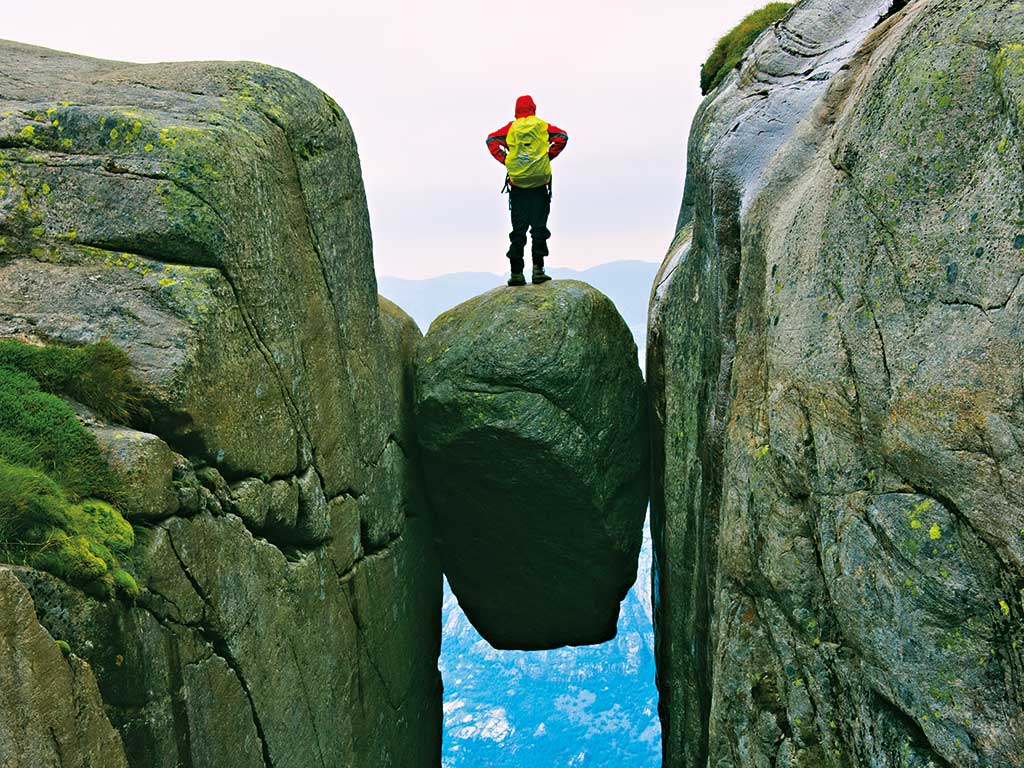 While Figgins is a daring individual, he does not take risks

Lloyd Figgins lives and breathes travel. And not just any travel: travel of the most hazardous kind. Undoubtedly, he is a daring individual – but a risk-taker he is not.

After a childhood spent living in various countries around the world, Figgins went on to work for both the police and military forces in the UK. His time as a soldier and expedition leader saw him guide teams to safety through perilous situations in some of the world’s most remote locations.

Having survived in the face of danger on numerous occasions, Figgins found a formula to guarantee his success: preparation, preparation, preparation. Using this knowledge and a very particular set of skills, Figgins went on to found LFL Global Risk Mitigation. Now, alongside a team of world experts, he helps both leisure and business travellers prepare for voyages of any kind through meticulous and effective risk mitigation strategies.

To help spread this message even further, Figgins recently released Looking for Lemons: A Travel Survival Guide, a book outlining how best to prepare for all manner of travel scenarios, which is coloured by the incredible tales the author has lived to tell. Business Destinations spoke to Figgins about his work so far, and what motivates him during his perilous travels.

What is it about travel that you love so much?
I think the great thing about travel is that it really opens our eyes to this amazing planet that we all inhabit. Every time we travel, we discover something else, either about another culture, civilisation, ourselves, or all three. So for me, travelling is about expanding your horizons and educating yourself in the ways of the planet.

During your childhood you lived in Singapore and then Cyprus – how did those experiences influence you?
I was very fortunate in the respect that my father served in the British military, so we grew up in different military bases across the world. I think that shaped us as a family very much, in that my parents encouraged me to go and live life to the full – the only problem was my definition of ‘full’ was somewhat different from theirs! It was all about immersing yourself, which went on to shape me in the way that I do things now: whenever I go to a new country, I try to learn as much as I possibly can about it and the culture before I go, in order to gain the maximum benefit from my visit.

I don’t believe in luck – luck is unreliable. I do believe in absolutely preparing yourself to the full

Why did you decide to found LFL Global Risk Mitigation?
Being in the police and leading expeditions in the military, I encountered perhaps some of the worst things that you can while travelling. And really, my aim was to try to make travel much safer for people by raising awareness of what the dangers are and how you can actually mitigate them.

How did your experience in the police and the military help to prepare you for your role as CEO of LFL?
It is very hard to gain expertise unless you are dealing with risk situations day in, day out, so you become hardwired in how to recognise risk and implement measures [with] which you can actually mitigate it. Working for the British Government on all sorts of levels enabled me to understand what a risk appetite is, and acquire the skills needed to eliminate or to mitigate that risk.

At LFL, we have people who are world authorities on kidnap avoidance, medics who are world authorities on issues in remote environments, and hostile environment specialists who live and breathe hostile environments. For example, one of our chaps is out in Mosul, Iraq at the moment keeping journalists that are covering the war there safe. We only draw genuine expertise, and that involves people that have come from the most elite ranks within the police, military, special forces and intelligence agencies.

Have you noticed a growing demand for your services?
There has been a marked increase in the requirement of the services that we provide, and there’s a whole industry built up around it. I recently addressed the Global Counterterrorism Conference on the very issue of travel safety, and one of the first points I made was that your chances of getting caught up in a terror attack are around one in 20 million – you’ve got a better chance of winning the national lottery than you have of getting caught up in a terror event.

That probably didn’t go down too well, as a lot of people try to profit during this climate of fear. But what we are trying to do is bring that down a level and bring some realism into it. Look, there are risks out there, but there are also things that you can do to stop yourself from becoming a victim of crime or terror – namely, by using the techniques that we’ve learnt from years and years of working in some of the most remote and hostile environments on the planet.

What is the most important piece of advice you can offer to someone before they set off on a trip?
Preparation – without a doubt. Do your homework on where you are going and make sure that you understand the type of environment you’re going into. Ask questions like, where are you going to be staying? Who is picking you up from the airport? Have they been vetted?

What inspired you to write Looking for Lemons: A Travel Survival Guide?
It was two things: one, I got tired of people telling me to write a book! And two, I finally had the time to [sit down] and do it. I think it has been very well received because people can relate to it. Whether people are travelling on holiday with their family, going on a gap year or going on business, the book is designed to cover all forms of travel in order to keep them safe.

What is the most dangerous situation you have found yourself in?
I mention a few in the book that were really dangerous, like the near-kidnapping event in Colombia, and the time I was specifically targeted in a grenade attack in Syria. On from there, I’ve been in earthquakes and I was also involved in a lion attack in Kenya, which isn’t in the book.

If you were to take all of those things and the fact that I’m still here today, it actually goes to show that, although bad things happen, I had a plan in place for the worst eventualities.

In my next book I will talk about other things that I’ve done, which includes crossing the Atlantic in a 23-foot plywood boat with one other person. We encountered 50-foot waves, pirates and sharks on that voyage, all of which are potentially pretty nasty, but we had in place the training and all the systems needed to mitigate those very risks that we knew we were going to face. I think that the same principles apply to doing something extreme like that as they do to going on a business trip to some of the less salubrious parts of the world.

What is your trick to staying calm?
Training, to be honest with you. With all the things I’ve done and all the scrapes I’ve been in, I don’t think it’s any coincidence that I survived. I don’t believe in luck – luck is unreliable. I do believe in absolutely preparing yourself to the full, and that includes training for every single eventuality. It may never happen, but if it does and you’ve already trained for it, it’s like you’ve seen it before, therefore you go into your drill.

Another really important part of that is fear. People often ask me, was I ever afraid? And yes, I’ve been afraid many times. But I think the fear is really important – fear is your friend. If you’re not afraid, it probably means you’re complacent. When I go into a risky situation, I embrace fear and make sure that I mitigate the things that make me scared.

Why is risk mitigation so important for today’s traveller?
That’s a really good question that deserves a really long answer, but in short, it is to reduce the potential for harm. And that is why it should be inherent that every single traveller and every single company has risk management systems in place that everyone is aware of, and so that everyone knows what to do given a certain situation. Ultimately, the key is that it doesn’t need to be complicated – it just needs to be communicated.