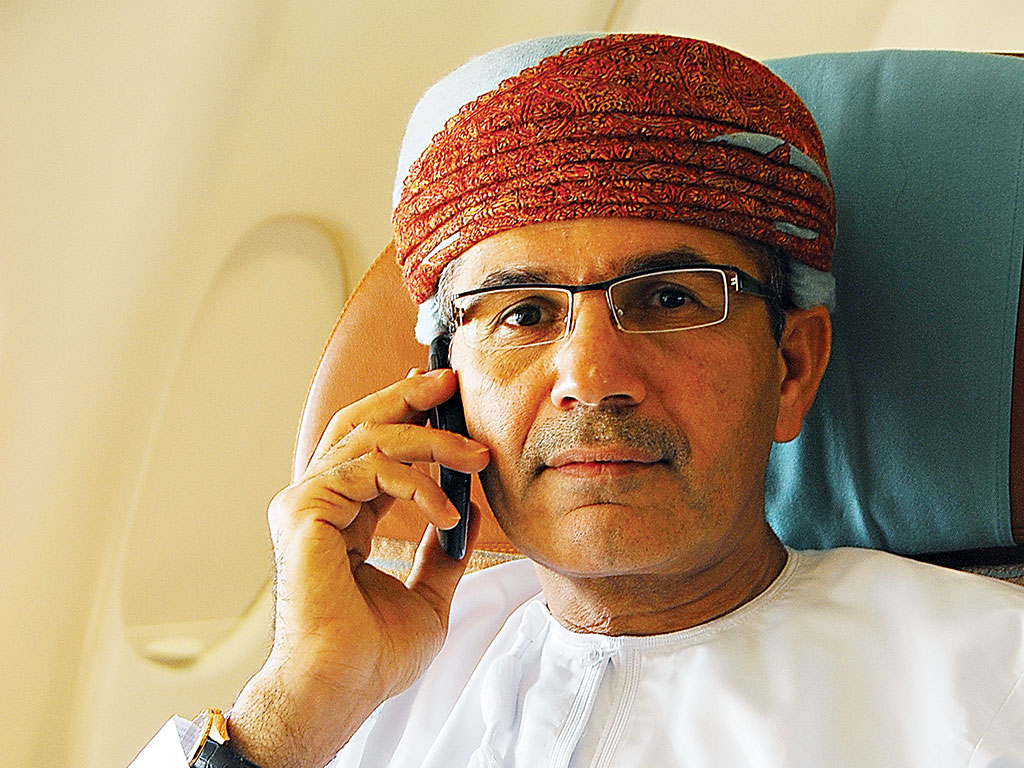 Oman Air offers inflight Wi-Fi and mobile connectivity. The airline offers one of the most comfortable flight experiences in the business

There has been plenty of speculation in recent years that the good fortunes of the business class air travel industry are drawing to an end. The economic recession and a resulting tightening of corporate travel budgets was seen as an event that would likely cause the demand for premium seating to fall, being replaced by an increased demand for budget airlines and economy or, at a push, premium economy seats.

However, far from the doomsayers being proved right, the demand for business class has in fact increased. Airlines have invested heavily in improving their premium product, and customers have been quick to show their appreciation. The International Air Transport Association (IATA) has reported that global demand for premium air travel grew by 2.6 percent year-on-year in January 2015. It has also reported that the number of premium passengers flying between Europe and the Gulf grew by 12.4 percent in 2014, while the number flying between East Asia and the Gulf increased by 11.6 percent.

These figures are supported by the experience of Oman Air, which has seen consistent year-on-year growth since it launched the first phase of its international expansion programme in 2009. By investing in outstanding onboard services and products, along with the highest standards of ground services, including airport lounges and premium check-in facilities, Oman Air has remained at the forefront of the business class air travel sector.

Leading technology
Oman Air first established its reputation as a provider of superb business class facilities when it took delivery of six new Airbus A330s in 2009 and 2010. The aircraft were deployed on routes across Europe and South East Asia and featured brand new, first-rate interiors. The business class cabins offered 20 fully reclining 196cm lie-flat seats, each with direct aisle access and a 43cm personal monitor that provided access to a wide range of movies, music, games and information. Additionally, universal power points, USB ports, Ethernet sockets and RCA plugs were available at every station to ensure that laptops and other personal devices could be used with ease.

This first generation of Oman Air business class seats were voted the World’s Best Business Class Airline Seats in the World Airline Awards for two years running. However, the premium experience was then further enhanced in 2010 when Oman Air became the first airline in the world to introduce inflight mobile phone and Wi-Fi connectivity. This meant that customers were not only able to stay in touch with work, friends and family while in the air, but they could also link their devices to the on-board technology in order to fully personalise their inflight entertainment experience.

Ever since the airline’s long haul business class seats and cabins were first introduced, they have been continually receiving high praise from customers. But having first set the benchmark for the industry in 2009, the airline has since been determined to stay ahead of the curve: at the tail end of 2014, Oman Air announced that it would be phasing in brand new business and economy class seats aboard its new fleet of aircraft that are arriving as part of the airline’s latest ambitious expansion programme. This latest plan will see Oman Air increasing the size of its fleet to 50 aircraft by 2018, and 70 aircraft by 2020. New destinations are also being launched, and frequencies on existing routes are being increased.

Significant upgrades
Oman Air’s new long haul business class cabins offer 24 seats in a 2-2-2 configuration, giving aisle access and ample personal space to every seat. Additionally, each seat has electronically controllable backrest, leg rest and seat depth functions, as well as a folding armrest for extra comfort and easy access. A one-piece meal table, cocktail table, reading light and mood light make for a pleasant environment for working or relaxation, while a buddy seat enables passengers to dine, work or socialise face to face with a friend or colleague. Pockets for literature, headsets and emergency equipment have also been included to ensure that the seat and its surrounding area remain uncluttered.

Even the inflight entertainment (IFE) technology has been significantly upgraded: the new Thales AVANT in-seat audio video on demand (AVOD) system is accessed via a compact IFE handset, offering an extensive range of entertainment options. Furthermore, the personal monitor can now also be used to screen the content of laptops or other personal devices. Oman Air’s ALNA connectivity system enables live in-seat internet connection via the on-board wireless network, as well as mobile (GSM) telephone usage.

The business class seats on Oman Air’s new short and medium haul B737 aircraft have also been upgraded: similarly to the airline’s long haul jets, the 12 seats in the business class cabin have electronically controlled comfort settings, with a 27cm IFE screen that offers access to the Thales AVANT in-seat AVOD system and its full media content.

Ahead of the curve
The airline, then, is not merely keeping up with changes in technology and cabin design – instead it is maintaining its reputation as a frontrunner in the industry, and is continuing to lead the charge. A second constant remains, however: Oman Air’s renowned hospitality. Drawing on the Sultanate of Oman’s culture as a warm, unique and authentic location, the country’s national carrier strives to make each and every passenger feel special. Once travellers have boarded the aircraft and settled into their seats, the Oman Air flight attendants – dressed in immaculate Balenciaga-designed uniforms – will help them to relax with a snack, a cup of traditional Omani coffee, or even a glass of champagne for those flying long haul.

Following takeoff, business class guests are able to choose from a menu of delicious dishes, each made using the freshest seasonal ingredients and presented on full-size, bespoke tableware. The airline’s crew are discreet but attentive, making it easy for passengers to forget that they are dining at altitude at all. As such, Oman Air received the Best Staff Service in the Middle East award at the 2014 World Airline Awards; another check against its already exemplary name.

Seal of approval
Any string of accolades, however, is incomplete without the seal of approval from the customers themselves. Jim Tremonti, an American lawyer based in London and a frequent flyer with Oman Air, spoke to Business Destinations about his experience with the airline: “Because of my experiences of other airlines’ business class, I was not expecting much. But as soon as I checked in I knew that this was going to be a very different experience. The staff at the airport were friendly, helpful and knew the answers to everything I asked them. They were smart and they seemed to love what they were doing.”

Tremonti was flying from Paris to Muscat on one of Oman Air’s newest A330s. He noted of the aircraft’s interior, “As soon as you walk through the door, it feels like you are entering Oman itself. The welcome from the crew, the music, the Omani coffee – everything about it made you feel as though you were in the sultanate.”

With a growing fleet and a rapidly expanding network, including 11 destinations in India, six in Europe and a selection of must-see Asian cities including Singapore, Bangkok and Kuala Lumpur, there are now more opportunities than ever for travellers to experience Oman Air’s superior comfort and award-winning service.