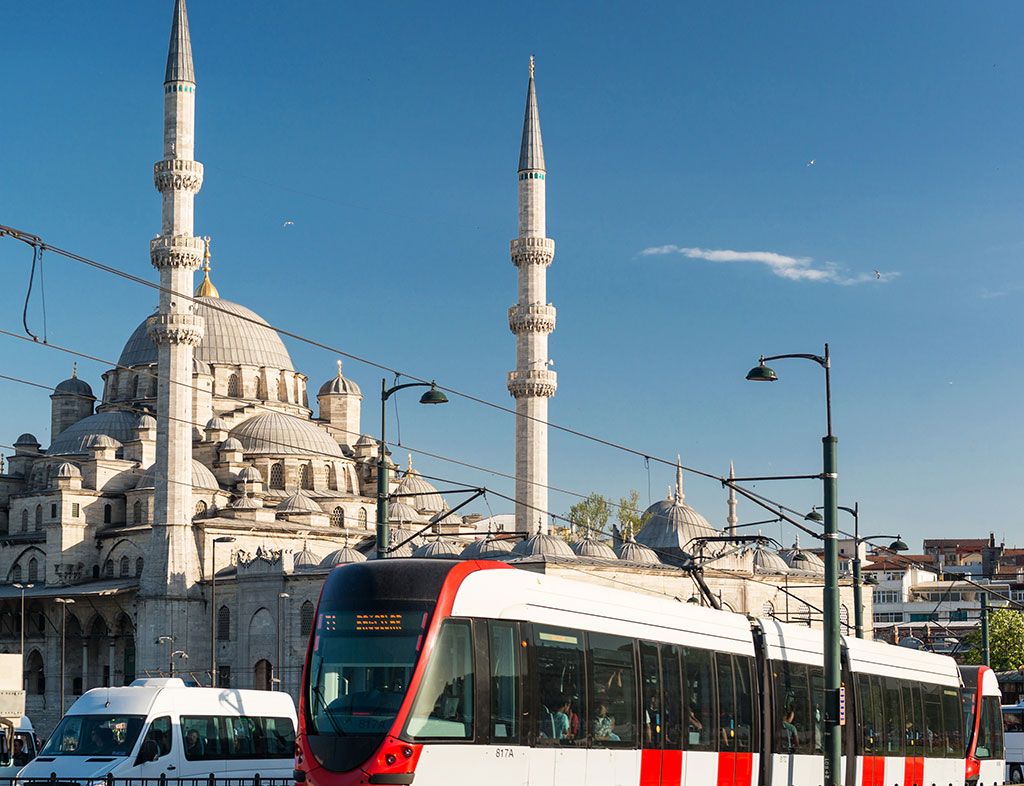 It was a close call, but sadly for Turkey the 2020 Olympics have gone to Tokyo, not Istanbul. Getting the Olympic Games typically triggers a flood of infrastructure upgrades in the future host city. Despite losing out this time, Istanbul remains one of the most exciting cities in Europe – and Asia. Economic activity is bullish compared to the West, an increasing number of foreign, including Middle Eastern, investors and firms are establishing themselves there, while there are some highly ambitious infrastructure projects in the pipeline – and this looks set to continue, Games or no Games.

Many of Istanbul’s burgeoning residential districts have come closer to full accessibility, thanks to a landmark new rail link connecting the European and Asian sides of the city. It was nearing completion in August, when it carried its first passengers as part of a test run.

Railway innovation
The Marmaray Project, described as one of Turkey’s greatest railway engineering projects, is a much-needed solution to Istanbul’s traffic congestion and expanding suburbs, caused by the city’s rapidly growing population. It is expected to open at the end of October 2013, four years after the initial completion date.

The four main components of the Marmaray Project include: an underwater railway tunnel beneath the Istanbul Strait, which will be the deepest immersed structure in the world; improvement of the Haydarpaşa-Gebze and Sirkeci-Halkali suburban railway lines; electrical and mechanical upgrades, including rebuilding 37 stations and building three new ones; and the procurement of new rolling stock.

“The Marmaray Project will be a shot in the arm for Istanbul as a whole, but a number of districts will really benefit,” said Julian Walker, Director at Turkey property specialist Spot Blue. “It will not only provide an east to west transport corridor between the European and Asian sides of the city, but there will also be a connection at Yenikapi to the north-south metro line, completing a very effective and convenient transport system. Turks will find it much easier to commute from the city’s suburban areas and developments close to stations should be very appealing to foreign buyers, including buy-to-let investors. Only recently we sold a $150,000 apartment in Istanbul’s Bahçeşehir district to someone from the Middle East.”

Property in Halkali
Halkali is a district on the western edge of the European side of Istanbul and the furthest terminal on the new suburban rail line. A high-capacity line will link it to Gebze, on the Asian side of the city. The journey time between these two terminals will drop to 104 minutes, from the current 185. Halkali also has rail connections to other cities, in and beyond Turkey.

Walker continued: “Halkali is already a busy hub, thanks to its excellent connections, and the Marmaray Project will enhance this. We have opportunities to invest in a selection of new developments there, with prices starting at around £36,000 for a studio apartment, rising to around £104,000 for a three-bedroom apartment. The other bonus about Halkali is that is it very close to the city’s Ataturk Airport.” Other areas on the European side with investment opportunities include Beylikdüzü and Bahçeşehir. Otherwise, on the city’s eastern side is the district of Erenköy, also on the new Halkali-Gebze line, so with strong investment prospects.

Meanwhile, Turkey’s first high-speed inter-city rail service – running between Ankara and Istanbul – is due for completion next year. There are plans to connect this with the new Marmaray suburban line, thus effectively completing a high-speed train line between Asia and Europe. Istanbul has also launched plans for the world’s largest airport – the city’s third.