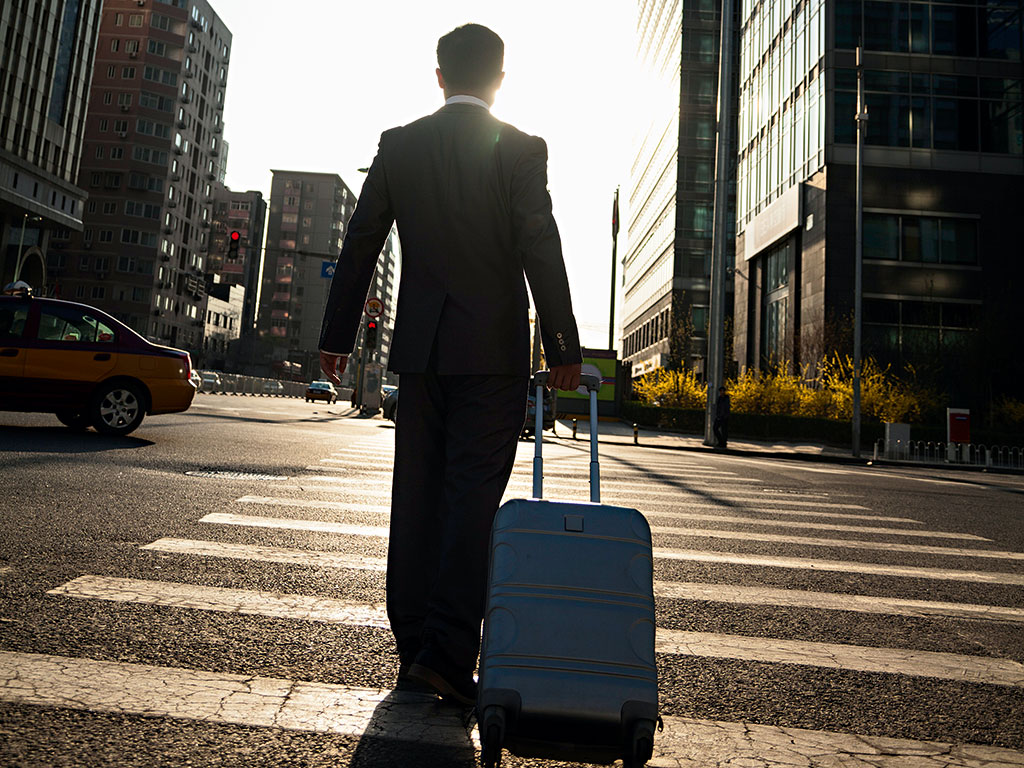 When Germanwings Airbus A320 crashed in the French Alps on March 24, the tragedy brought home in the most telling way the dangers often faced by employees who regularly travel on behalf of their companies. Several of the 144 passengers on board the aircraft were businesspeople that had regularly commuted between Barcelona and Dusseldorf. Given how safe commercial aviation is within Europe, it seems unlikely that any of them would have thought for a moment that Flight 9252 would be their last.

However, it’s important to recognise that the vast majority of foreign business trips are incident-free. The road warriors fly in, transact their business, and return home safely – but even so (as insurers are keen to point out), it’s statistically impossible for every single one of the millions of business trips undertaken every year to end happily. As the frequency of business travel rises in direct correlation with the increase in exports, it brings a proportionate number of risks to these so-called road warriors. Indeed, the files of insurers are full of accounts of employees who have run into trouble in foreign climes – sometimes, but not always, through no fault of their own.

As the frequency of business travel rises in direct correlation with the increase in exports, it brings a proportionate number of risks

The UK’s Healix International, which provides medical and security services for business travellers, comes to the rescue in acute inpatient medical cases no less than 35,000 times a year – and that’s in more than 160 countries. The company supplied 2,200 medevac flights in more than 110 countries last year – the cost of which, incidentally, starts at around £15,000 per flight. As such, few private aviation companies will even consider sending in an aircraft without prior guarantee of payment, no matter how serious the emergency.

Duty of care
Given the risks and complications of foreign duty, more and more countries now impose a duty of care on employers. Although many insurers provide off-the-shelf tips for different locations, especially the hot spots, the company is obliged to take precautionary measures on employees’ behalf in the form of pre-travel training.

Although companies can – and usually do – buy insurance cover for overseas staff, this may not cut it in the courts. “The financial risks can be transferred to insurers”, explains Guy Wilson, Head of Group Insurances at Chartis Europe. “But proper attention to travel safety and security is necessary to reduce the potential for legal action brought by employees”. To win such a case, all an aggrieved employee has to do is prove that they did not receive adequate advice or support.

Before long-term postings, that support should include a thorough physical examination, including screenings of lungs, hearing, vision, height and weight, body mass index, hypertension, and liver and kidney function, among other possible medical risks. “It’s not just a question of ensuring the destination is safe and employees know who to call in case of emergency”, adds a spokesman for Healix. “Employers need to be certain their workers are healthy enough to even do the trip in the first place.” Companies must also be certain that employees will have access to any medication they may need – in China and some other Asian countries, prescriptive medicines may be unavailable.

Protecting your identity
An employer’s obligations continue when employees are out in the field. In practical terms, that means protection, support, provision of a safe system of work and, in an emergency, rescue. But while an employee’s welfare remains a top priority, the risks of business travel are on the rise – in particular, the loss of intellectual property has become a major consideration because of the rise in the theft of laptops, phones and other electronic devices.

Similarly, identity theft has become a serious problem. In their naivety, employees regularly leave passports, driving licences and credit cards lying on desks or beds – and even if they don’t, it takes just a few seconds for a dishonest staff member, who may be in the pay of a criminal gang, to rifle through drawers, pockets and luggage. Skilled operators can quickly build up a profile based on a stolen passport, airline ticket, credit card, driver’s licence or a wallet containing a few scraps of personal information. Mobile phones, which are often stolen from pubs and bars or restaurant tables, may also contain a wealth of personal data.

“Sensitive information should never be left in hotel rooms where local police and intelligence services have easy access”, warns Ackermann group, the US security specialists. “They can steal, photograph and return documents in the space of a few minutes without arousing your suspicion.” Such is the increase in identity theft, that more and more companies, such as TravelAXIS, are offering specific insurance against it.

Expert advice
Vehicle accidents, especially in rentals, often cause financial and physical damage. As road transport police told me in New Zealand a few weeks ago, a disproportionately high number of fatal or serious crashes occur because Asian businesspeople are not used to driving on the left-hand side of the road or at the high speeds possible on New Zealand’s open roads. Australian accident statistics reveal the same trend.

But even minor incidents may cause a headache. “Do not use rental cars because you may be subjected to exorbitant fines and even detention for minor traffic offences and accidents”, adds Ackermann in a research paper. Prevention is, of course, preferable to cure – or, in some cases, calamity. Insurance and emergency firms have collated a series of tips and potentially vital information for keeping business travellers out of such trouble – these include taking just one credit card abroad, not all of them, and leaving all personal letters and documents that you are unlikely to need at home. They also suggest that, except when local law requires it, you shouldn’t take passports out onto the street – however, travellers should keep a photocopy, as key information will speed up the replacement process in the event of theft.

If case of a terrorist attack (an admittedly rare event), travellers are encouraged to carry on them a piece of paper specifying their blood type, chronic ailments and employer’s phone number. Avoid dives and bars in unfamiliar places – security experts suggest that it is far better to socialise in establishments that are frequented by other businesspeople. The hotel bar is usually the safest bet. Rather than rental cars, take taxis from a reputable firm that has been recommended by your hotel, and be sure to take vaccines against the risk of long-term illnesses, including hepatitis A and B, typhoid and, where appropriate, malaria. “Malaria doesn’t just affect people travelling rough or for extended periods of time”, explains a spokeswoman for the UK’s Royal College of Nursing Travel Health. “It can affect anyone, even if they are on a short business trip and staying in five-star accommodation.”

When the worst happens
It’s of little comfort to those who lost their loved ones in the Germanwings disaster, of course, but the families will nonetheless receive substantial financial compensation: in the case of airplane disasters, the amount varies greatly depending on several factors, including the victim’s nationality, number of dependents and even where the ticket was bought. As James Healy-Pratt – attorney at New York-based Stewarts Law and an advisor to the families of the victims of the Malaysian Airlines disasters – points out, the British parents of an adult passenger killed in such a crash can expect compensation of around £20,000, compared with $1.5m for American parents.

Travelling to a foreign country will always carry significant risks, for both regular and infrequent travellers. Suffering any kind of illness or injury, especially in a non English-speaking country with an unfamiliar medical system, is the worst nightmare of most businesspeople. The solution? Be sure to have medical insurance with a firm that has local representatives in place to help you.