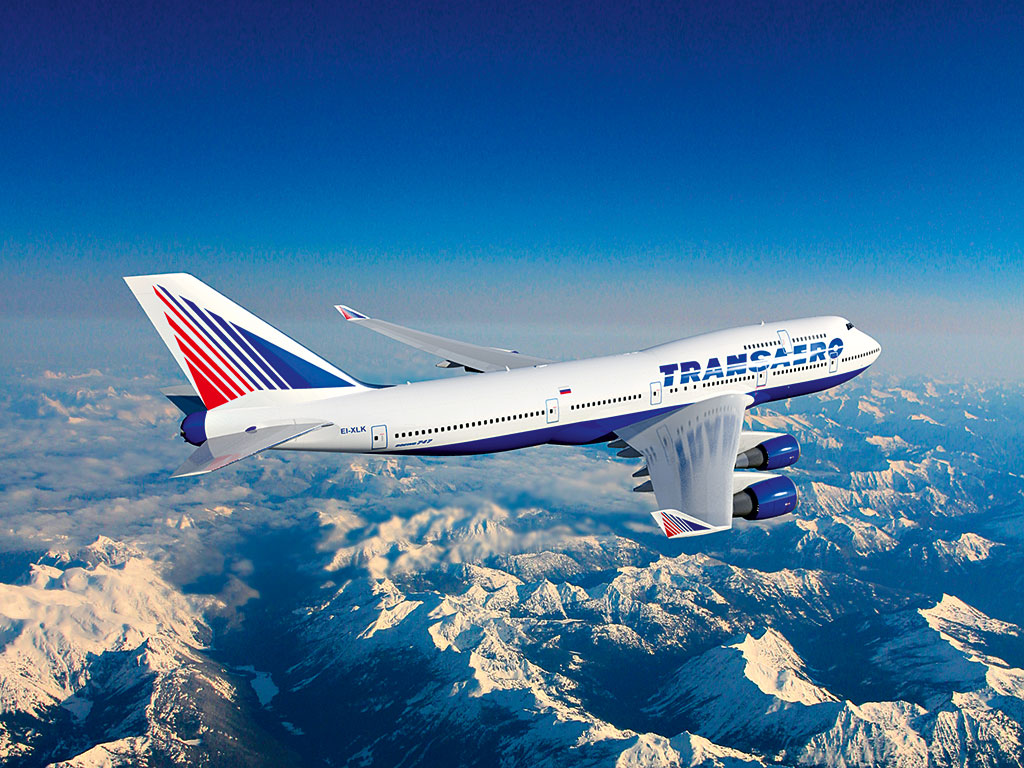 The number of travellers visiting Russia, both on business and for leisure, is growing year-on-year. This is perhaps little wonder, given that the country’s developing economy, rich natural resources and enormous population of more than 146 million all contribute to the multiple business opportunities that are already on offer. Moreover, exploring this vast and unique land is something that appears on many travellers’ checklists, thus ensuring that each and every year without fail, a constant stream of new visitors will land on Russian soil.

Industry innovator
Transaero Airlines, the second-largest passenger carrier in the country, offers its customers a wide variety of travel options, ensuring that even the very highest of expectations will be met on every journey. The airline maintains a particular focus on meeting the industry demand for luxury travel facilities through its imperial cabin (the airline’s unique first class area) and its business and premium classes. Transaero’s highly demanded economy class has all the necessary amenities to make passengers’ journeys pleasant and comfortable, while its discount class seats guarantee an affordable and satisfying flying experience.

Providing traditional Russian hospitality and excellent customer service from the moment that guests arrive at the airport, the airline’s dedication to providing an enjoyable in-flight experience across all of its classes has now seen it voted as the Best Economy Airline, Europe in the Business Destinations Travel Awards 2015.

Transaero was Russia’s first private airline when it was set up 24 years ago. Over the course of its lifetime, the airline has earned a reputation among its clients as an innovator in the domestic travel market, particularly with regards to the services that it offers and the hi-tech technologies it has installed on its fleet. For example, in 2012 Transaero was the first airline in Russia to start offering on-board high-speed internet access. Today, inflight connectivity services are available on 32 of the company’s aircraft; on both the Boeing 747 and 777 airplanes that serve Transaero’s long haul routes and the Boeing 737s that serve its medium haul routes.

In 2007, the airline was also the first in Russia to launch an online check-in service, and to make the sustainable switch to e-ticketing on every flight. Additionally, in 1995, Transaero was the first Russian airline to implement a frequent flyer programme – its Transaero Privilege scheme now has over one million members worldwide, each of whom is eligible for significant benefits including reward tickets and free class upgrades.

Meeting demands
The airline’s network currently covers more than 200 routes across Europe, Asia, the Americas and Africa. Its three main hub airports – Moscow Vnukovo, Moscow Domodedovo and St Petersburg Pulkovo – give the airline a permanent, secure base in its home country, enabling it to provide the most authentic Russian experience possible. 65 of the airline’s routes stem from Moscow Vnukovo Airport – the modern Terminal A, which opened in December 2012, is close to Moscow’s city centre and offers quick and convenient transfers to destinations in and around the city. Transaero concentrates its premium and business class services at this hub, with medium and long haul destinations including London, Paris, Rome, Berlin, Prague, New York, Los Angeles, Istanbul, Beijing, Bangkok and Delhi. These frequent routes to high-profile international business hubs are in high demand with Transaero customers, but the airline also considers the equally in demand domestic travel sector: Transaero Airlines offers a wide range of routes to other Russian cities, as well as to a variety of other Commonwealth of Independent States (CIS) cities.

On the other side of the city, Moscow Domodedovo is the airline’s historic hub. Located on the outskirts of Moscow, the airport offers approximately 50 Transaero routes, including some with discount class seats only. Discount class seats were launched by the airline in 2014 in response to an increasing demand for more affordable travel across the industry. It has since become one of the airline’s most highly demanded services – since its launch over a year ago, more than two million people have flown in discount class seats.

The airline’s fleet currently comprises more than 100 aircraft, including Boeing 747-400s, 777s, 767s and 737s. This wide range of planes means that the airline’s expansive route network can be served as efficiently as possible, with regards to time, energy and costs. Transaero is currently continuing on its extensive fleet renewal programme, which will see the delivery of several new aircraft of varying specifications in 2015.

The experience that Transaero has gathered over its 24 years of operations has set a path for a new stage in the airline’s development. As such, 2015 will also see the airline unveiling its renewed brand. However, even with this new, modernised image, the airline’s continual focus on traditional values, including hospitality and accessibility, means that passengers will still feel like a member of the family.

Giving back
Over the course of its lifetime, Transaero has developed a series of partnerships with other leading airlines. Formed on the basis of mutually beneficial agreements, the airline now has codesharing agreements with nine other international airlines, including Virgin Atlantic, Singapore Airlines, Aigle Azur, airBaltic, Austrian Airlines and China Airlines. Transaero also has a commercial agreement with easyJet. In addition to these partnerships, the airline has also secured around 100 interline and special prorate agreements with other airlines, enabling its customers to travel in Transaero comfort on nearly 700 routes across the world.

The safety and wellbeing of its passengers has always been the airline’s number-one priority. Its dedication in this area has since seen the company recognised by the Jet Airliner Crash Data Evaluation Centre (JACDEC) as one of the top 20 safest airlines on the planet – the only Russian airline to be awarded such an accolade. Furthermore, the airline has also taken an active stance on corporate social responsibility (CSR) programmes in Russia. Similarly, Transaero is the only Russian airline to have been assigned an AAA(s) rating.

The airline has also taken a keen interest in the charitable sector. Its programmes are actively supported by Transaero volunteers and are carried out in partnership with some of Russia’s largest charitable organisations. Transaero’s focus on being more than simply an airline, but on being a key part of society and a positive influence on the world around which it travels, gives travellers an idea of the exceptional, personal and comfortable service that they will receive on board its aircraft, as well as on the ground.