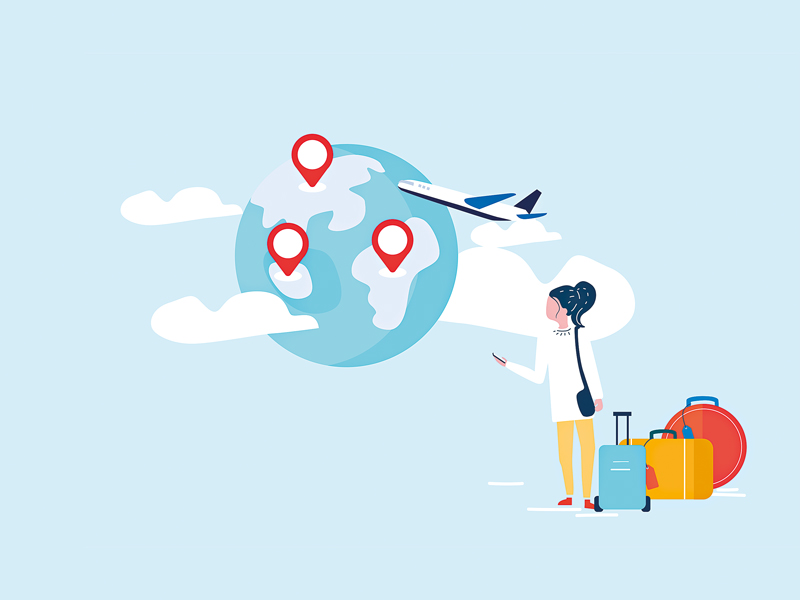 As in-flight Wi-Fi becomes faster and more widespread, many of us are turning our tray tables into temporary desks and losing one of the last spaces where we can unplug from work

Even for the most experienced business travellers, there are plenty of aspects of travel that can cause stress or tension. I have had more than one unlucky experience of treating an airport terminal as an obstacle course after a connecting flight was delayed, or searching endlessly for the few and far between power outlets after my phone died. We can all sympathise with the momentary panic of misplacing our passport just as we reach the check-in counter.

Unlike travelling by train, bus or car, planes are places where we can disconnect from the rest of the world

But there are some moments of tranquillity. For me, it happens after I’ve been harassed in the security queue and traversed the maze of gates to find mine (inevitably at the furthest end of the terminal) and finally step on the plane. The moment I heave my luggage into the overhead compartment and slouch into my seat, my worries evaporate. Whether for two hours or 12, I know that I can crack open a book or magazine, settle into a film or drift off to the soothing drawl of a podcast, because this time is mine alone.

Switching off
Despite the fact that take-off is one of the most dangerous parts of flying – at least, according to an in-depth study by Boeing – I find that watching the land below me shrink away beneath the clouds is the time when I feel most calm on a plane.

Flying is still something of a novelty to most of us because, unlike travelling by train, bus or car, planes are places where we can disconnect from the rest of the world. But as in-flight Wi-Fi becomes faster and more widespread, many of us are turning our tray tables into temporary desks and losing one of the last spaces where we can unplug from work. Suddenly, my flights have become filled with the anxiety-inducing ping of phone alerts, the incessant jabbering of video chats and – when I finally relent to the lure of free Wi-Fi – an inbox full of emails.

Unplugging from technology is proven to boost our quality of life as well as our health, but it is increasingly difficult to truly disconnect. Whether we are talking to Alexa after work or checking emails on our commute, our time outside of the office has become just as dominated by screens as our working hours. So what better way to recharge our batteries than a forced tech cleanse?

Working hard or hardly working
A recent study of UK consumers found that most Brits have become dependent on their digital devices. The research by telecoms regulator Ofcom found that more than three quarters of people said they could not live without their phones. The majority of adults said the internet was an essential part of their lives, and one in five said they spend more than 40 hours a week online. The average daily time spent on a smartphone was two hours and 28 minutes.

In the US, a 2015 study of smartphone users by Pew Research said 46 percent of people saw their phone as something they “couldn’t live without”. But at the same time, 57 percent of smartphone owners reported feeling distracted because of their phone, and 36 percent said their devices made them feel frustrated.

Numerous studies have proven that overworking decreases productivity while draining creativity and multiplying stress, but business travellers are expected to be on call at all hours of the day. Smartphones, laptops and hotel Wi-Fi ensure there is no excuse for an email going unread or a document unsent.

So, even though plenty of business travellers will be excited by the idea of free, fast Wi-Fi in the sky – and though I will most likely end up giving in to it myself – I cannot help but hope that planes remain the last havens of disconnection.