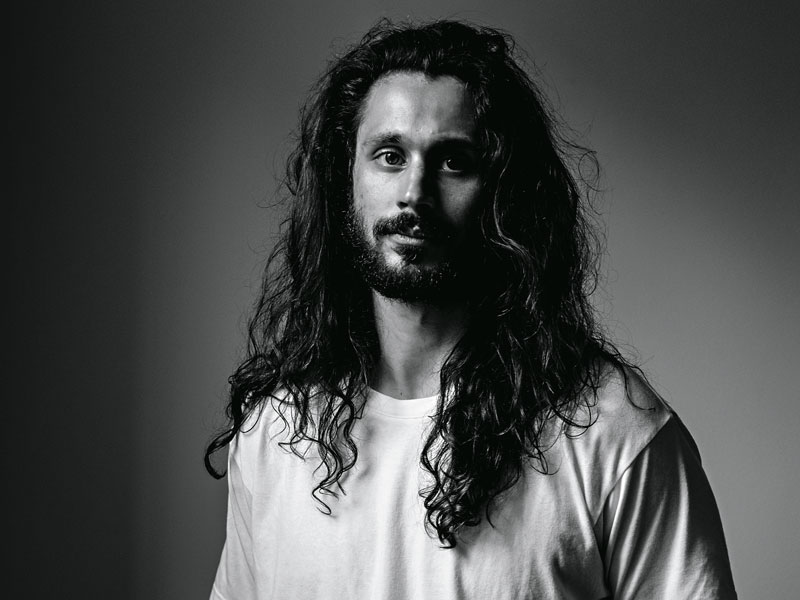 The World Portrait Archive, Schoelcher’s global photography project, is a chance to document and share snapshots of diverse faces and local cultures found all around the world

Alexandre Schoelcher was not always a photographer. The seed of inspiration was planted one night in 2007 when he was slogging through a business degree at the UK’s University of Bath. Schoelcher was in London to see a performance by rapper Mickey Avalon when he had his picture taken by a professional photographer. Later, when looking at the photographer’s portfolio online, he was blown away by the fact that someone could make a living by taking photos.

The more I travel, the more I’m able to acknowledge how much of a privilege it is. It is both humbling and heartbreaking

More than a decade on from that night, Schoelcher is living as a professional freelance photographer in Australia. While his work takes him all around the world, travel is nothing new to Schoelcher. By his own admission, he had an eclectic upbringing: born to French and Iranian parents, Schoelcher grew up in Nigeria, Syria and the Netherlands before attending university in the UK. He has spent the past eight years in Melbourne.

The World Portrait Archive, Schoelcher’s global photography project, is a chance to document and share snapshots of diverse faces and local cultures found all around the world. With the collection, he creates an intimate visual account of each country through the people he finds wandering the streets.

Where have you travelled so far, and where do you hope to go next? Do you choose the locations for any specific reason?
Specifically for the World Portrait Archive, I have been to Albania, Colombia, Georgia, Iran, Japan, Kosovo, Myanmar, South Korea and Sri Lanka, as well as shooting around a bit of Australia. Next on the list is hopefully Ethiopia in early 2019. However, my main aim is to tackle central Asia midway through the year.

I choose my travel destinations based on a variety of factors, the most important ones being strength and depth of culture, and affordability. As I get older, though, and my disposable income has started to increase, I’ve been able to indulge in some more ambitious locations.

How do you find the subjects of your portraits? Do you have any favourites?
I love landing somewhere new and just hitting the streets. I try to do a bit of research beforehand, but usually the places that tourists are told to go to end up being the worst spots for actually finding subjects of interest.

My favourite portrait is of an old lady holding a bouquet of flowers and a Coca-Cola bottle in Tbilisi, Georgia. It is just one of those rare moments in street photography where everything fell together perfectly.

Who do you look to for inspiration?
My favourite photographer hands down is Pieter Hugo. His [The Hyena and Other Men] and Nollywood series, which were both shot in Nigeria, blew me away. I am also a big fan of [Christopher] Nunn, whose work in the Ukraine and back in the UK is excellent. Locally, in Melbourne, there are some fantastic photographers as well, with Sarah Pannell and Gina Nero among my favourites.

What are the benefits of telling a story through photography rather than text or video?
I have a lot of respect for both text and video, but what I really like about still image photography is that, when done correctly, it provides the same degree of storytelling while giving you something that is far more tangible. There is a reason why we print and frame photos in our homes, rather than having a projector showing an old family video on repeat.

How does your archive of portraits foster connections around the world?
Well, I’d like to hope that when people visit my website or Instagram and look at my photos, they can start to paint an idea of a country and its people in their minds that perhaps didn’t exist before. A classic example is Iran, a country that is grossly misrepresented in the world media. I’d like to imagine that, looking at some of the portraits that I have taken of ordinary people across the country, it might plant a seed in people’s thoughts that, in fact, Iran – or wherever else – is actually a place worth visiting.

What is the biggest challenge you’ve faced in your travels and work?
In terms of travel, the biggest challenge is trying to explain the purpose of what I’m doing without being able to speak the local language. With my work in general, I guess it is just the overall struggle of working freelance, where nothing is given to you for free. If you want the work, you have to chase it down.

What have you learned from your travels?
It’s hard to say this without sounding incredibly clichéd, but the more I travel, the more I’m able to acknowledge how much of a privilege it is. It is both humbling and heartbreaking, and it serves as a powerful reminder that while many people in the so-called developed world are constantly worrying about trivial matters, outside of our bubble, the majority of the world is perennially in a state of trying to survive.

When do you see yourself finishing this project?
I don’t think I ever will. I have found a lifelong project that I doubt will ever reach a definitive ending, which I’m incredibly grateful for.