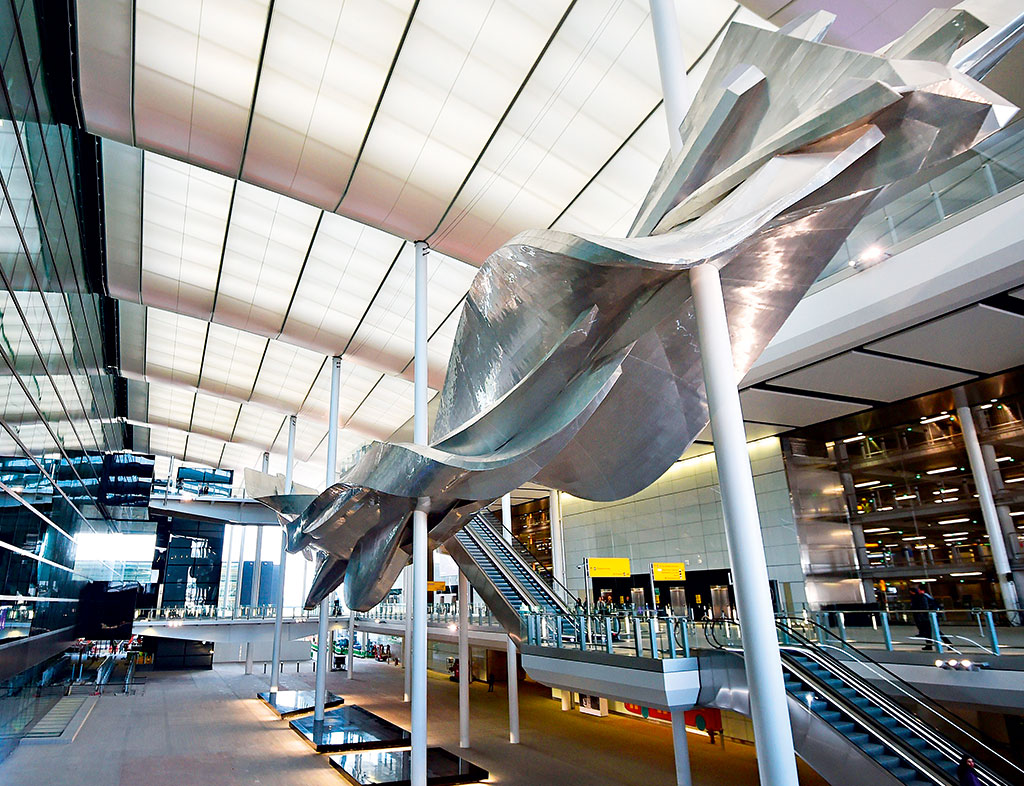 Heathrow Airport’s Terminal 2 opened to the public today, following a £2.5bn transformation. The first passengers arrived from Chicago shortly before 6am GMT.

Dealing with only 17 flights on its first day, all with US carrier United Airlines, the terminal will build gradually to full capacity. The cautious approach was prompted by the botched 2008 launch of Heathrow Terminal 5, when a baggage glitch resulted in 200 cancelled flights and 15,000 lost bags. Six months of trials involving around 14,000 volunteers were carried out to avoid similar embarrassment.

Airlines operating in the terminal

The expansion will provide extra fuel for Heathrow Airport’s bid to build an additional runway. The four-year project utilised 140 contractors from across the UK, providing employment for around 35,000 people. At peak operation Terminal 2 will employ a team of 26,000.

Construction involved demolition of the original Terminal 2 building, opened by the Queen in 1955. Named The Queen’s Terminal in her honour, it boasts high-end shops including John Lewis and a new Heston Blumenthal restaurant. The Queen will officially open Terminal 2 on June 23.

At 40,000sq m and with 28 gates, it is hoped the terminal will handle 16 million passengers by the end of 2014. Its full capacity is 20 million, over 16 times that of its original incarnation.