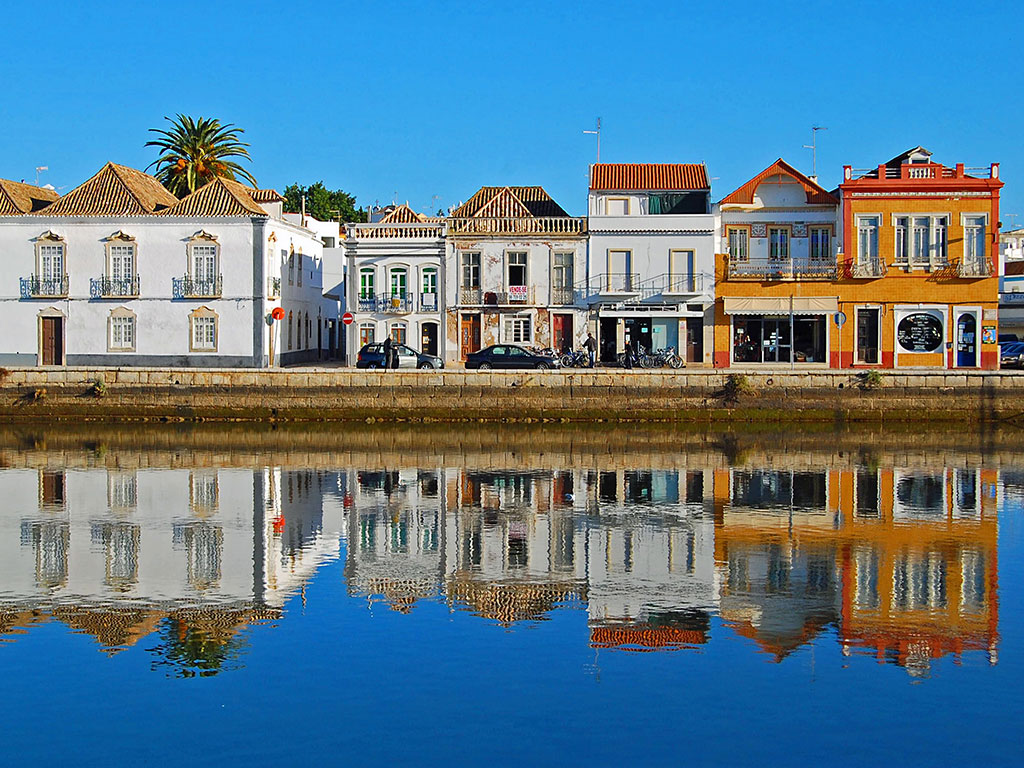 Properties along the seafront in Tavira, Portugal. The property markets in both Spain and Portugal have been experiencing considerable growth

Although the days are getting longer and it is finally possible to leave the house without five layers of clothing, many of us Brits are still counting down the days to our summer holidays. However, even luckier are those who are about to head off on an overseas viewing trip, hoping to find the dream property that will eradicate the need for jumpers once and for all.

If you are planning on getting away in the next few months, you won’t be alone: this year, Property Guides has seen traditional Mediterranean destinations experience a resurgence in popularity. Research agency GfK has revealed that over half a million more Britons have already booked to go on holiday in Spain or Portugal this year than in 2015, and by the end of January 2016 the travel industry had booked more all-inclusive packages to Portugal than it did in the whole of 2015’s summer season.

As of April, over 40 percent of all British holidays booked are for Spain. Meanwhile, bookings to Egypt are down by 60 percent, while Turkey has seen a 35 percent decrease.

Significant market growth
Currently, 68 million foreign visitors flock to Spain every year. As this number continues to rise, the sentiment with regards to Spain’s property market is undeniably positive from all sides: property consultancy firm CBRE recently released its Global Investor Intentions 2016 report, which revealed that Spain sits in third place on the wish list of professional international property investors looking to transfer in Europe. The study showed that 10.2 percent of the investors surveyed said that they favoured Spain.

Germany clinched the top spot with 17 percent of the vote, followed by the UK, with 15.1 percent. Of all the locations in Spain, Madrid was cited as the most attractive choice for investors, with 12.2 percent of respondents stating that it is their primary target for 2016.

As this overseas interest continues to aid market recovery, CBRE has predicted there will be a 20 percent leap in the number of property transactions taking place in Spain in 2016, when compared with 2015. It also predicts that prices will creep up by 5.9 percent.

Good fortune
The good news isn’t just reserved for the Spanish market, however. Portugal has also been experiencing marked growth, due in part to the success of the country’s Golden Visa scheme: since this fast track programme for non-EU investors came into play four years ago, €1.82bn has been invested into Portugal. Of this, €1.65bn has been used to purchase real estate.

Much like in neighbouring Spain, Portugal’s market recovery has been fuelled by this overseas interest. In February 2016 alone, 97 Golden Visas were granted to Chinese investors, 13 to Brazilian buyers, five to Russians, two to South African purchasers, and two to buyers from Lebanon.

Things are looking positive across the board in Portugal: interest in the country remains solid, new buyer enquiries are on the up, demand from both domestic and international buyers is increasing month by month across every region, and things are expected to continue on this upwards trajectory for the foreseeable future.

In terms of prices, agents in Portugal are forecasting that house prices will increase by two percent nationally over the course of the next 12 months. Of all the regions, Lisbon and the Algarve are expected to experience above average growth of 2.6 percent and 2.2 percent respectively.

It’s been an undeniably tricky few years for these Mediterranean destinations, but finally it looks like the markets have nowhere to go but up.