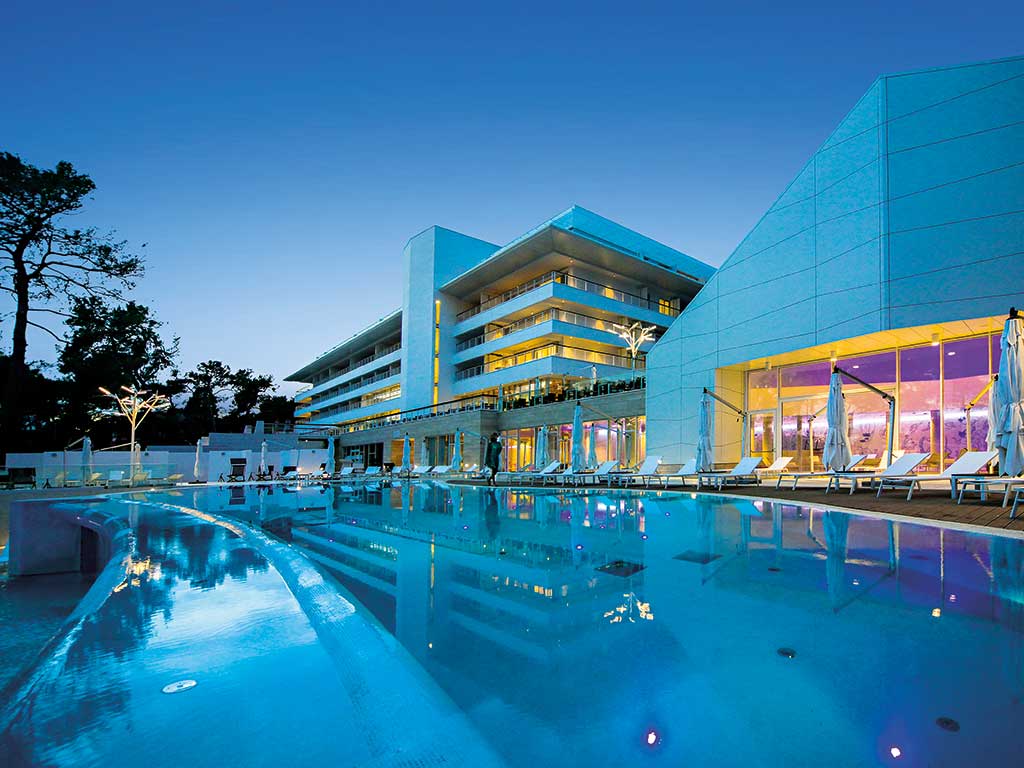 If the travel industry is one of the fastest growing industries in the world – outpacing global economic growth in 2015, according to the World Travel and Tourism Council – it is also one of the fastest changing. Every year new technologies, booking strategies and business models shake up the sector as companies race to meet consumer demand and satisfy an ever-increasing appetite for experiencing the unknown.

Trends including ‘voluntourism’ (volunteering tourism), ‘bleisure’ (business leisure) and wellbeing trips have all been on the rise over the past couple of years, while the sharing economy, hotel apps and travel-related wearables have become an established part of the industry’s vocabulary. Ecotourism has shown no signs of slowing either: the World Travel Market 2016 Industry Report found 75 percent of UK holidaymakers, for example, considered sustainability to be an important factor in their holiday decision (up from 61 percent the year before).

All of these trends look set to continue into 2017 and beyond, but they’re taking on ever-new forms. From edible resorts to artificial intelligence (AI) and smart suitcases to supersonic flights, concepts that once seemed more like sci-fi fantasy than sensible reality are actually on the rise, and they’re transforming the industry from top to bottom.

The tech factor
When it comes to travel technology, the next few years are likely to be especially transformative, according to communications giant JWT in its Future 100: Trends and Change in 2017 report. JWT claimed the rise of Generation Z in particular will drive innovation.

Marriott is currently trialling the likes of on-demand workouts and kerbside check-ins at an innovation lab in its hotel in Charlotte, North Carolina, with the goal of later introducing its most successful breakthroughs to other branches. Elsewhere, Starwood has experimented with robot butlers, while Hilton is trying out a robot concierge named Connie, which answers guests’ questions and uses previous experiences to develop its suggestions.

The sharing economy, hotel apps and travel-related wearables
have become an established part of the industry’s vocabulary

And it’s arguably business travellers who will benefit the most from this. According to an Orbitz blog post from December 2016: “AI will likely impact business travel more immediately given the predictive and repetitive needs of this audience.”

It’s not just AI that’s causing a stir in the industry, however: virtual reality (VR) and other digital forms are gaining ground, with Thomas Cook opening a concept store in 2015 that allowed customers to use VR to see what it was like on board the company’s newest aircraft. A string of other companies have also got in on the digital concept store game, including Thomson, Kuoni and Virgin Holidays.

Mobile apps, meanwhile, are being embraced by every segment. They’re now set to transform the hotel experience completely, according to Muriel Muirden, VP and Managing Director of Global Strategy at leading hotel design firm WATG. She said: “Soon we can sit on our hotel bed, tablet in hand, and check out the queues at the breakfast buffet, see how busy the pool and gym are, and see if we like the look of the cocktail bar.”

That’s before even mentioning the development of other travel technology, such as smart suitcases that can weigh themselves, track themselves and charge electronic devices. Firms such as Bluesmart, Away and Raden are currently developing such products.

Experiential holidays
Eating locally sourced produce isn’t a new phenomenon, but according to further trend forecasts by WATG, it’s starting to take on a rather novel shape, creating the ‘edible resort’.

In Croatia, for example, Hotel Bellevue has turned its flat roofs into herb gardens for use in its restaurant, while the Kittitian Hill resort in St Kitts has started growing crops on its golf course to be sold at the onsite farmers’ market. Muirden told Business Destinations: “The faux and the generic are being rejected in terms of hotel design, and now we’re seeing the landscape strategies of these resorts moving away from the predictable towards local, organic and edible gardens.”

This marks part of a wider move towards “immersive resort experiences”, according to Muirden. It is a trend that has been establishing itself through a growing demand for remote wilderness lodgings and experiential travel. She said: “We have seen and will continue to see a desire for wilderness experiences, extreme environments and the opportunity to immerse in a simpler way of life.”

The recently launched Null Stern Hotel, for example, offers adventurous guests an outdoor double bed at an altitude of 6,000ft in the Swiss Alps, while Nest Restaurant at Per Aquum Niyama in the Maldives allows visitors to dine inside a tropical tree house. For those looking to get back to nature, it doesn’t get much more Jungle Book than that.

This trend for dramatic, experiential accommodation constitutes part of a general shift towards adventure travel that has been establishing itself over the past few years. A recent ABTA study found nearly one in 10 people went on an activity holiday in 2016, and the sector is expected to grow further in 2017. That’s given rise to the micro-adventure – a short adventure break for time-restricted travellers – which Euromonitor’s WTM Global Trends Report 2016 tipped as the latest big thing.

In terms of destinations, it’s adventure hubs such as Iceland that are getting the attention, while outside Europe, India, Cuba and China are all on travellers’ radars. India recently invested more than $300m in developing its tourism infrastructure, while China has signed an agreement with the UK Government that will allow more than double the current number of flights to fly between the two countries

The future of travel
Reaching these destinations without spending 24 hours on a plane might soon become a whole lot more viable, thanks to the development of supersonic aircraft that could halve international flight times. According to the World Travel Market report, 63 percent of senior industry executives think this could soon be a mainstream form of transport for those jetting off on holiday – and it’s not an unfounded belief.

Various aeronautical companies are looking into the technology as we speak; American firm Boom has already received significant investment from the Virgin Group, while Spike Aerospace and Aerion Corporation are working on supersonic flights specifically for the business travel sector. NASA and the US Defense Advanced Research Projects Agency, meanwhile, are currently deeply engaged in the Quiet Supersonic Technology project, which aims to create super-speedy aircraft without the noise of the Concorde. This could be in operation by 2020 if it gets the required funding.

It won’t be cheap, with estimates putting Boom return flights from London to New York at around $5,000 per person. But it would cut the cross-Atlantic journey time to three hours, making commuting from the US to the UK and vice versa an actual possibility.

Head of Travel at Euromonitor International, Caroline Bremner, said: “The return of supersonic flights would be transformative, opening up far-flung destinations to holidaymakers and business travellers from the UK.” But it remains to be seen whether 2017 will bear witness to the early signs of that transformation starting to take place.